The Portage Terriers are now 4-0 against the Winnipeg Blues this season after an overtime victory tonight on home ice. The Dogs were victorious 3-2 in a game that saw Portage finish with style.

Less than halfway through the first period, after killing off two penalties, the Terriers looked to create some offence, and Hayden Lacquette did just that. He received the puck at the point and faked a shot before actually taking one that zipped past Blues goalie Brock Moroz clean and put Portage in front 1-0.

About five minutes later, the Blues responded with a point shot of their own. Liam Dumelie ripped the puck through traffic to beat Jayden Catellier and tied the game back up.

With less than five minutes to go in the frame, Brenden Holba blocked a shot at the blue line and created a breakaway for himself. He faked a shot to get Moroz down, before going to his backhand and stretching the puck out wide. Unfortunately for the Terriers, Moroz made a miraculous pad save and kept the score at 1-1 heading into the break.

Just over a minute into the second, Winnipeg put the pressure on as Jack Kaiser made a breakout pass from his own zone past centre ice. This gave Kai Elkie a partial breakaway, and he made no mistake, beating Catellier high on the short side. 2-1 Blues.

Past the halfway point in the game, Austin Peters kept the puck in the offensive zone along the boards and cut toward the slot. He threw the puck in front for Hayden Chaloner, who made a one-touch pass to Brandon Funk on the doorstep, and Funk put it in the open cage. This gave us a tie game once again going into intermission.

The back half of the final frame was filled with chances. One of the best came for Noah Wagner as he made a few defenders miss and drew a slashing penalty before finding himself alone in front. He made a quick move before attempting to go five-hole but Moroz kept the puck out.

With less than a minute to go, as the Terriers had a 5-on-3 power-play, Lacquette ripped a slap-shot far side but was robbed by the glove of Moroz, however, he would go on to redeem himself.

The third period ultimately solved nothing, so the contest proceeded to overtime.

The Terriers killed off a 1:15 of a penalty taken late in the third to start the overtime period. The Dogs looked to take control when it became even strength once again and did exactly that.

Ryan Botterill had the puck along the wall and made a backhand pass to Lacquette, cutting down the slot. The defenceman had just the goalie to beat, and in tight, he made an incredible move going between his legs and beating Moroz top shelf to secure the 3-2 victory.

Hayden Lacquette are you kidding me!

Lacquette says his instincts took over.

"I don't know what I was thinking there," Lacquette explains. "I just put it through my legs and scored."

The defenceman says the biggest factors in the game were winning battles and finishing checks.

The Dogs will look to keep the momentum rolling as they take on one of the league's best teams, the Steinbach Pistons, on Sunday night. That contest will go down at 6:30 at Stride Place. 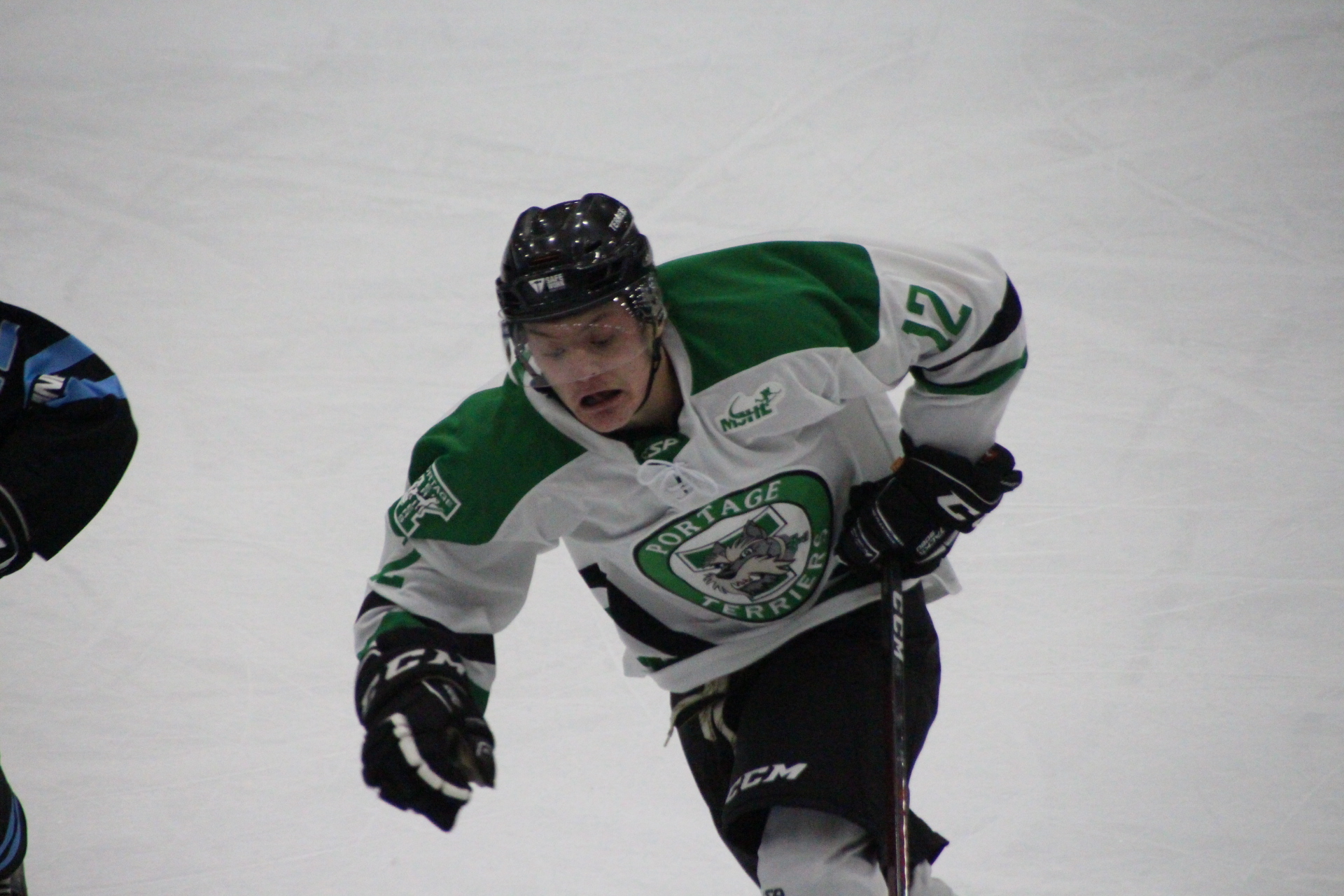 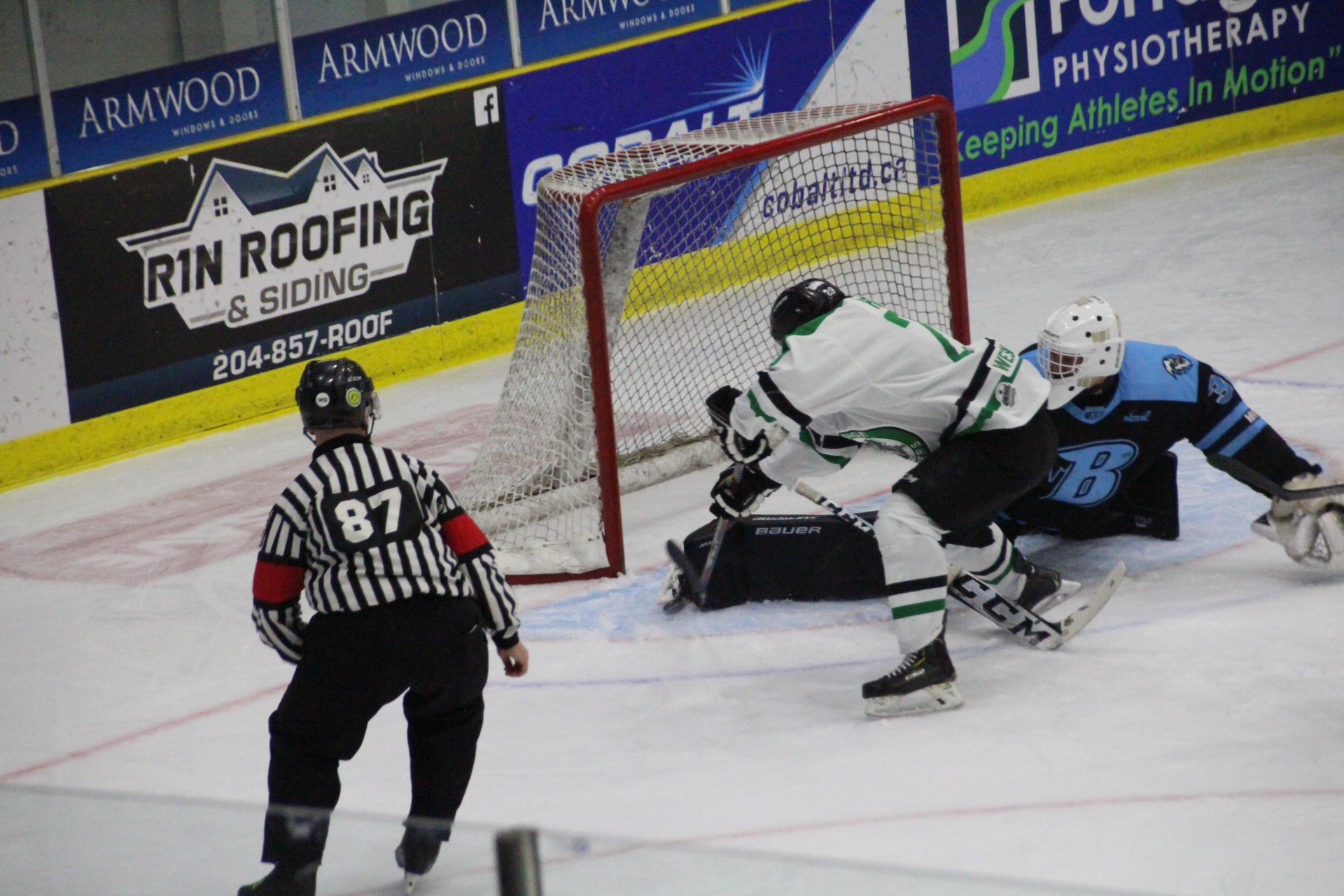 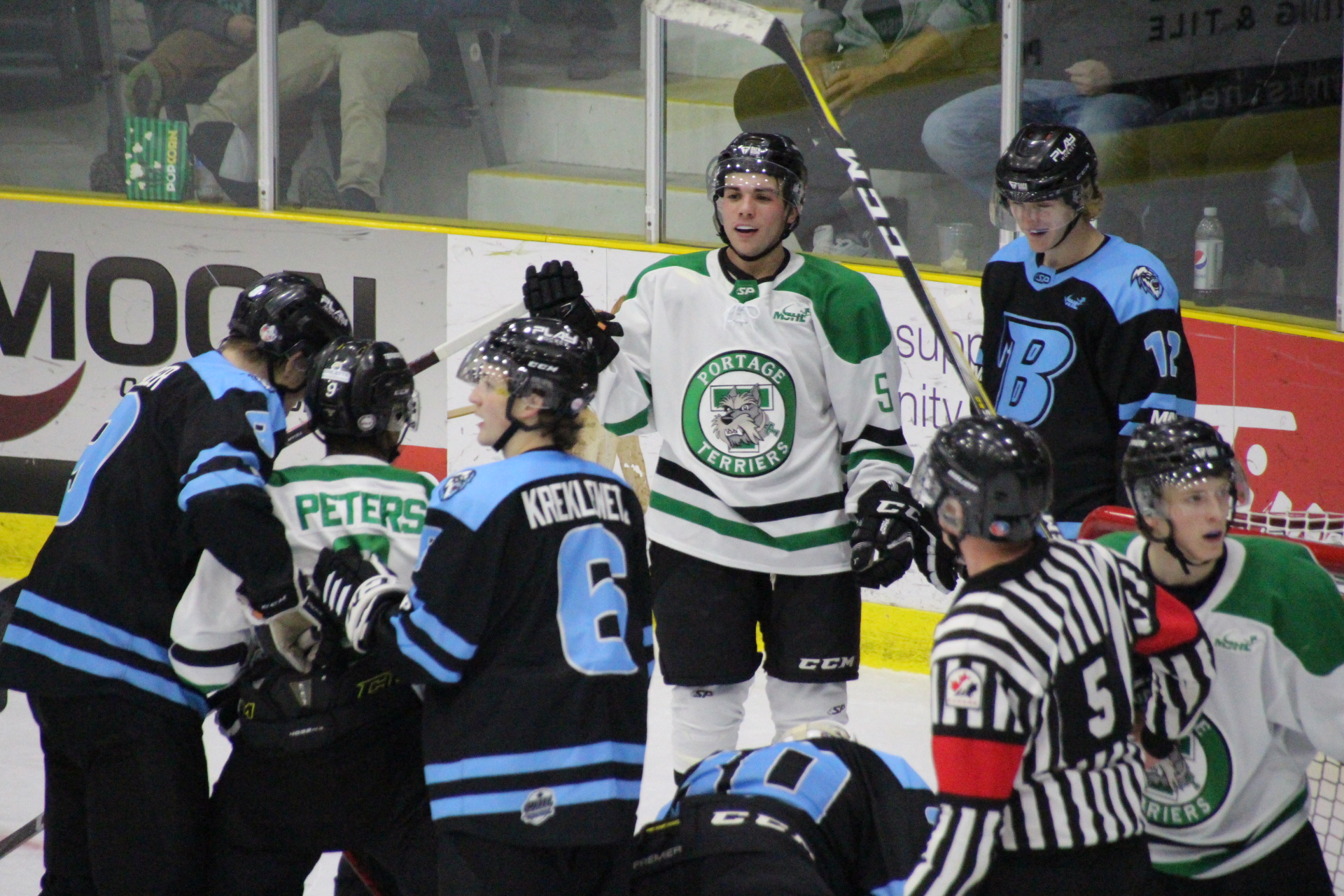 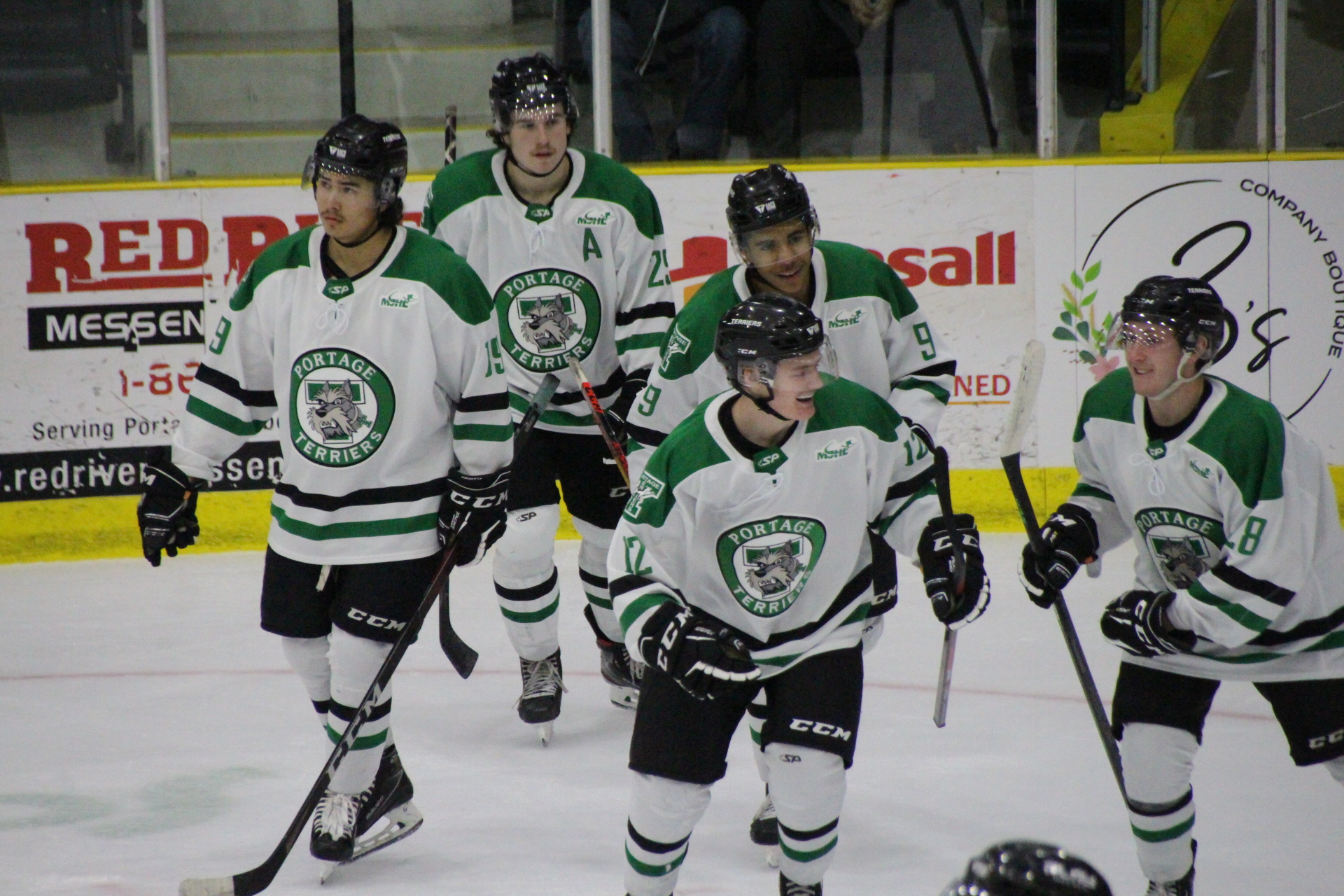