The Portage Terriers gave the local fans an electrifying contest in their home opener. The Dogs defeated the Selkirk Steelers 5-4 in overtime in their Stride Place debut tonight.

Portage opened the scoring on their first power-play of the game. Hayden Lacquette received a cross-ice pass from Alyandro De Leon, and he skated halfway down the boards before firing a pass to Matt Wisener on the doorstep. He made no mistake and tapped the puck in, to take the 1-0 lead.

Selkirk responded a few minutes later as Lucas Brennan took a shot on the rush that was stopped by Terrier goaltender Jayden Catellier's blocker, however, Lucas Gillson was there to put home the rebound. This made it a 1-1 game, which is how it remained for the rest of the period.

A little under five minutes into the second, Ashton Fishley took a shot from the point that was tipped in front by Josh Lehto. The puck went down and through the pads of Steelers goalie Hunter Tarves. 2-1 Terriers.

At the midway point of the game, Wyatt Marlow entered the zone along the boards with the puck. He ripped a sharp angle shot that went off the near side of the crossbar and down into the back of the net, giving Portage the two-goal lead.

The Steelers were not finished though, as Joel Purdom trimmed the lead in half three minutes later, beating Catellier low on the blocker side.

Just 30 seconds later, the score was tied, as Ryan Botterill's shot went wide and ended up near centre ice. Lucas Brennan was able to beat out the Terrier defence, created a partial breakaway for himself, and capitalized on the opportunity.

With just a few minutes to go in the period, Brennan made a pass from the wall to Brandon Ambrozik in the slot. His shot went off a stick but the puck bounced right to Mathieu Catellier, who put it in the wide-open cage to give the Steelers their first lead of the game. 4-3 Selkirk after 40 minutes.

Early in the third period, Austin Peters cut from the corner to the slot, going through a few defenders in the process. He put a shot on net but didn't get all of it, however, Slade Stanick was waiting near the side of the net to put home the rebound, high on the blocker side, and tied the game once again.

The Steelers took a point shot with 20 seconds to go that was tipped down into the crease beside Catellier but the Terriers were able to corral the puck and send this game to overtime.

Overtime saw a lot of action but it wasn't until the final 35 seconds that the Terriers were able to capitalize. It was none other than Stanick to play the hero in this one. He walks us through the play.

"The puck got low, and Kian Calder was working hard in the corner. He got the puck free and got it to me, open. I just buried on the opportunity I was given there."

With that goal, Stanick and the rest of the Terriers sent the Portage fans home happy for the first time this season and improved their record to 2-0. Stanick talks about the intensity of playing 3-on-3 hockey in overtime.

"It's hard. There's a ton of ice, and there's no room for mistakes," The game-winning goal scorer explains. "As soon as one team loses a guy, it can be all over. We capitalized on a little mistake of there's, and that's what it takes to win."

The Terriers now have five days until their next contest, which is set for Saturday, September 24, when the Dogs welcome the Waywayseecappo Wolverines to Stride Place. 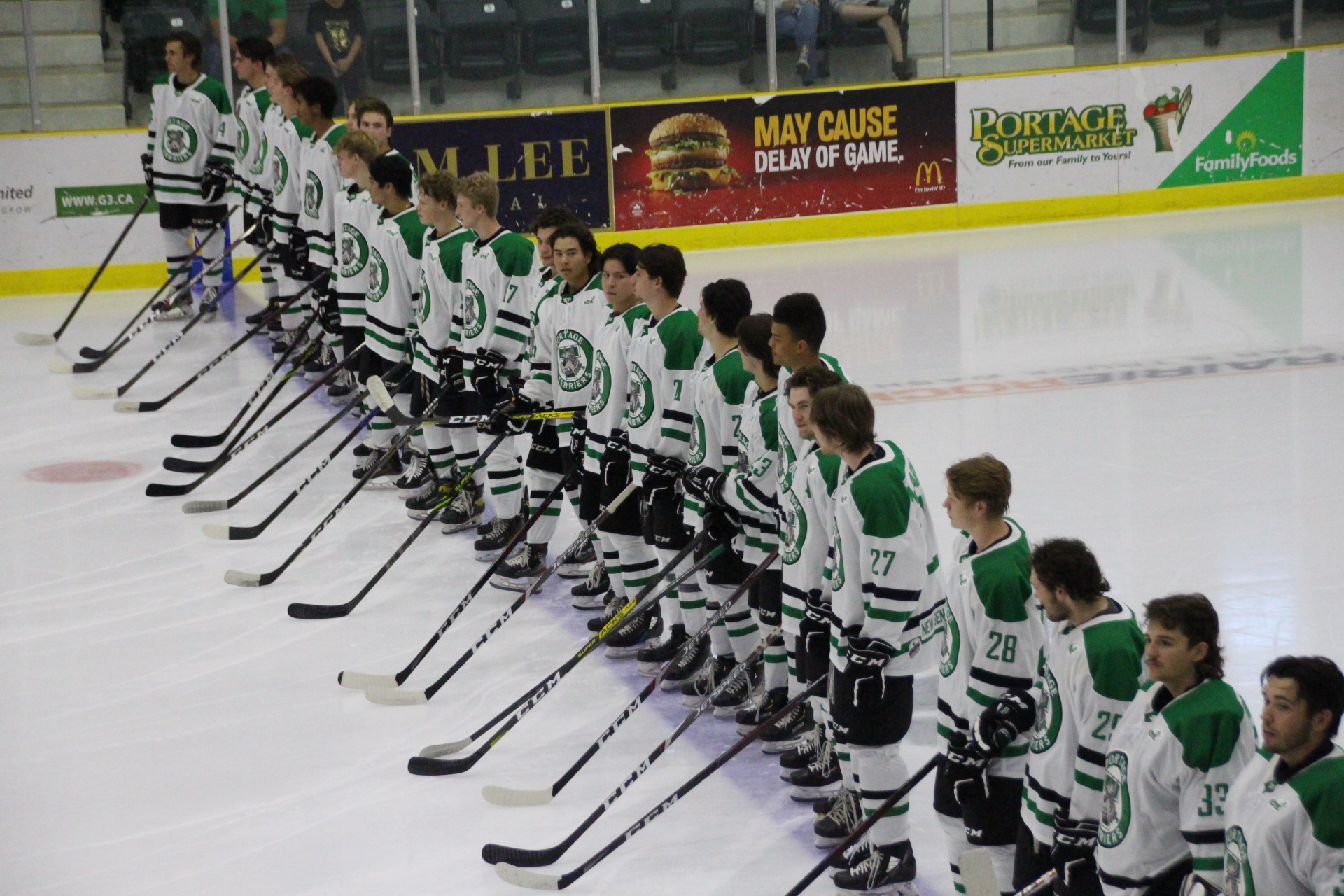 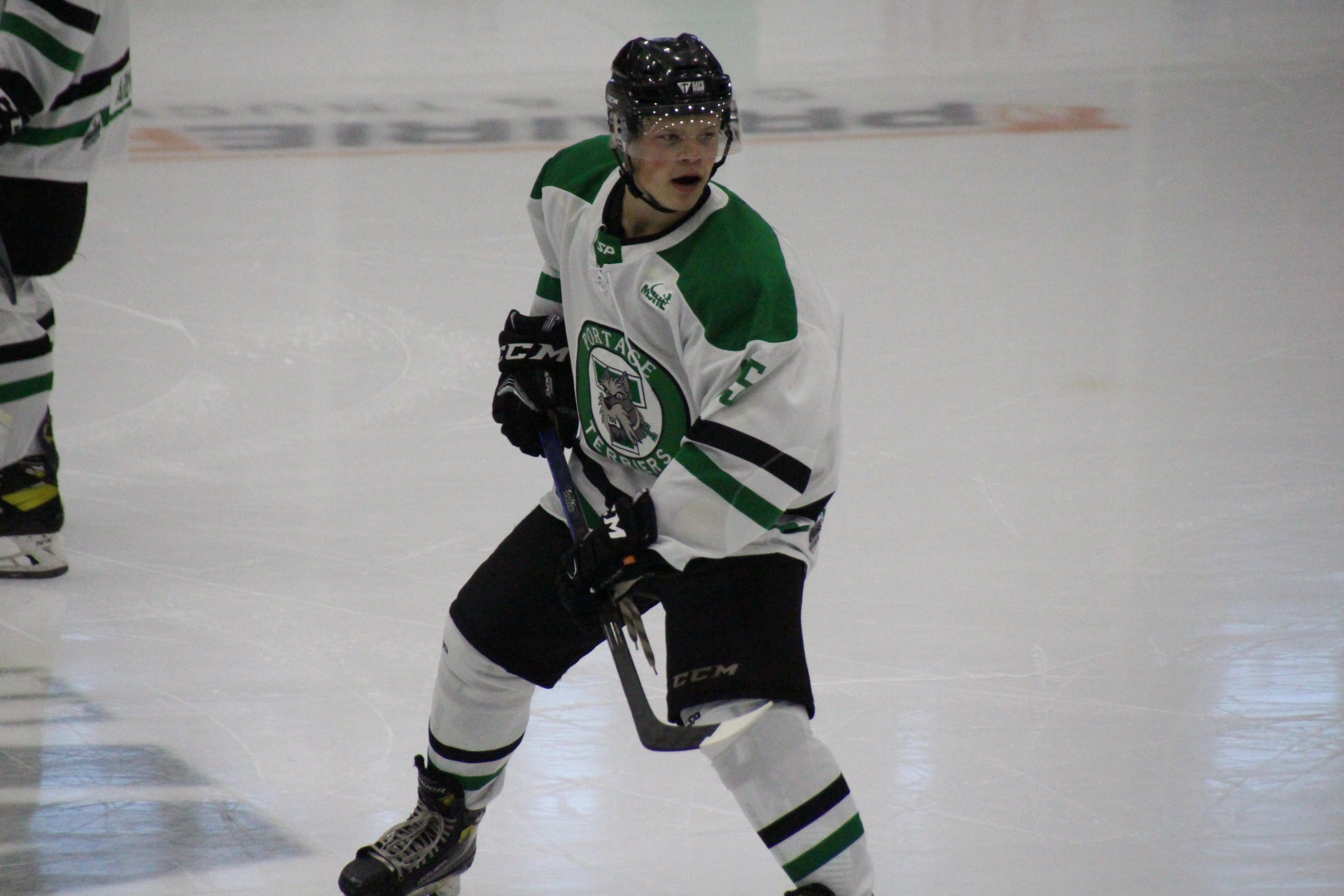 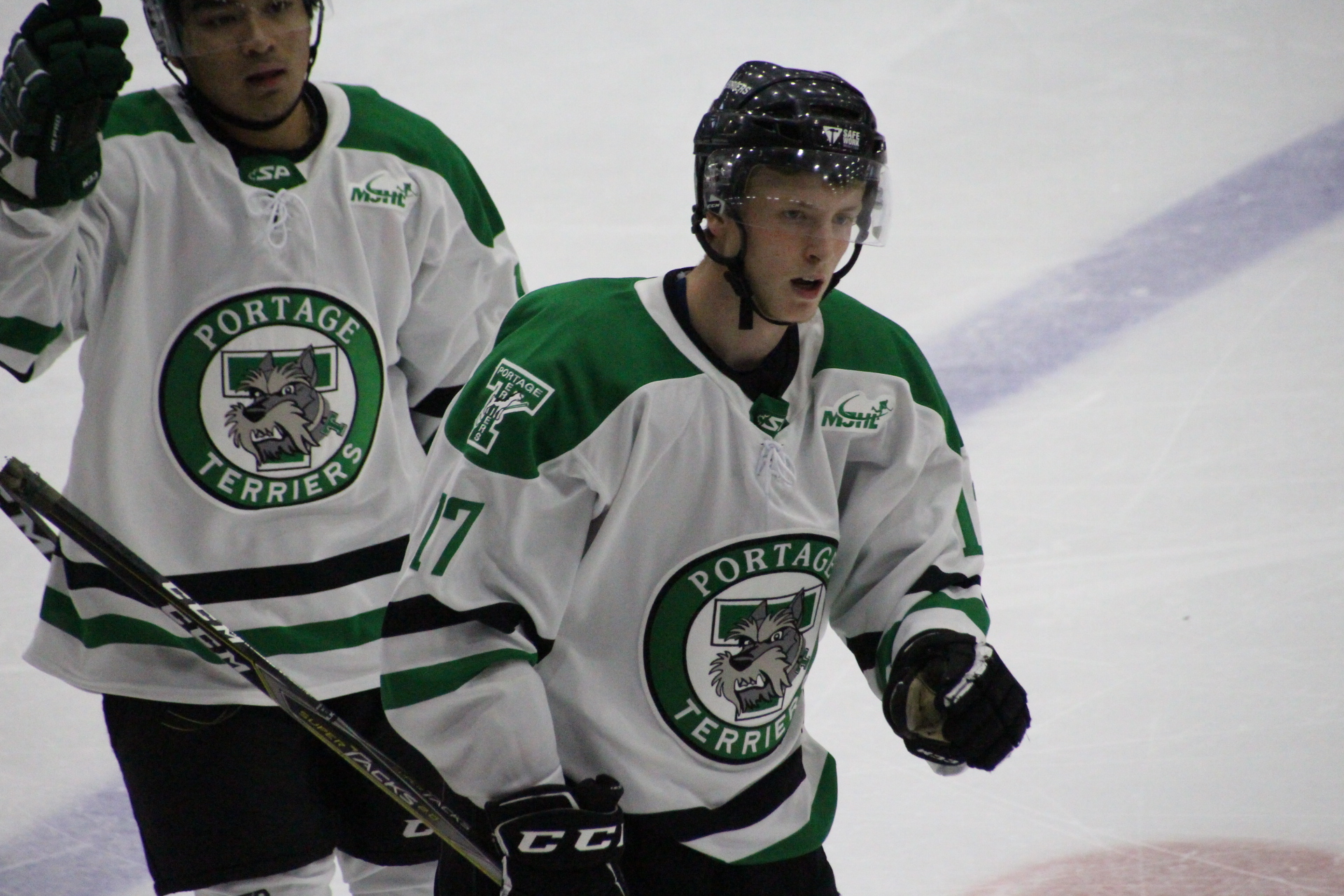 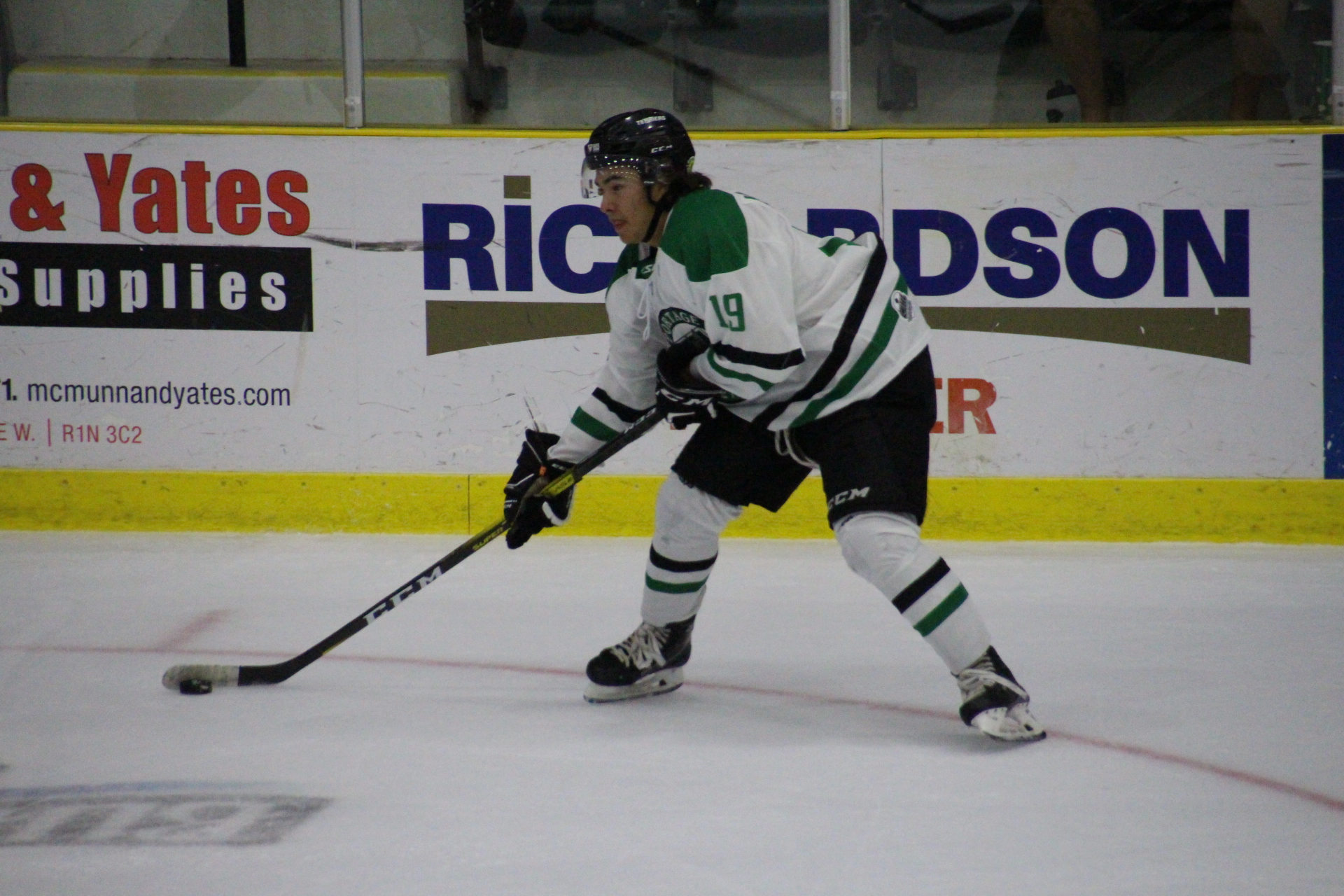 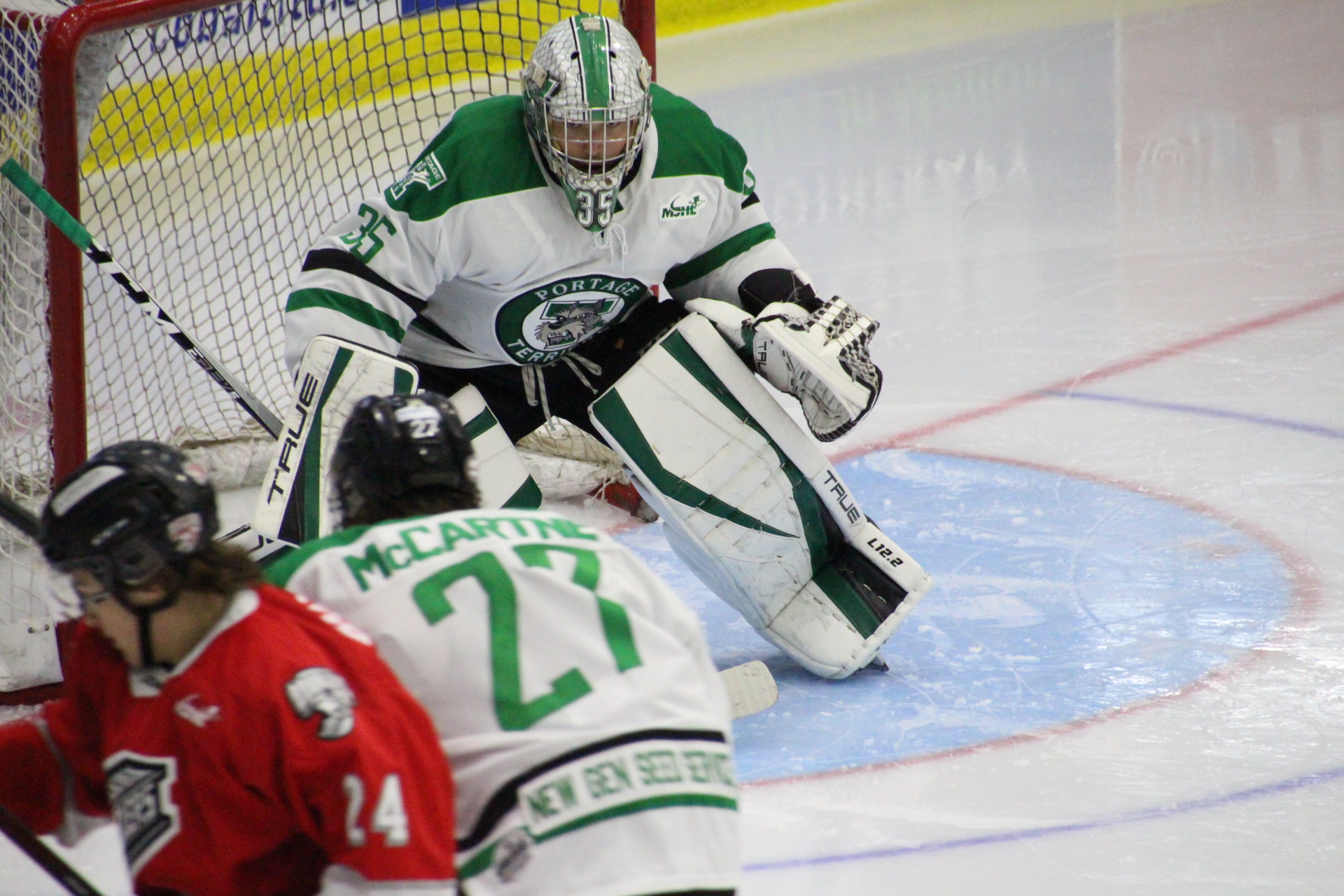 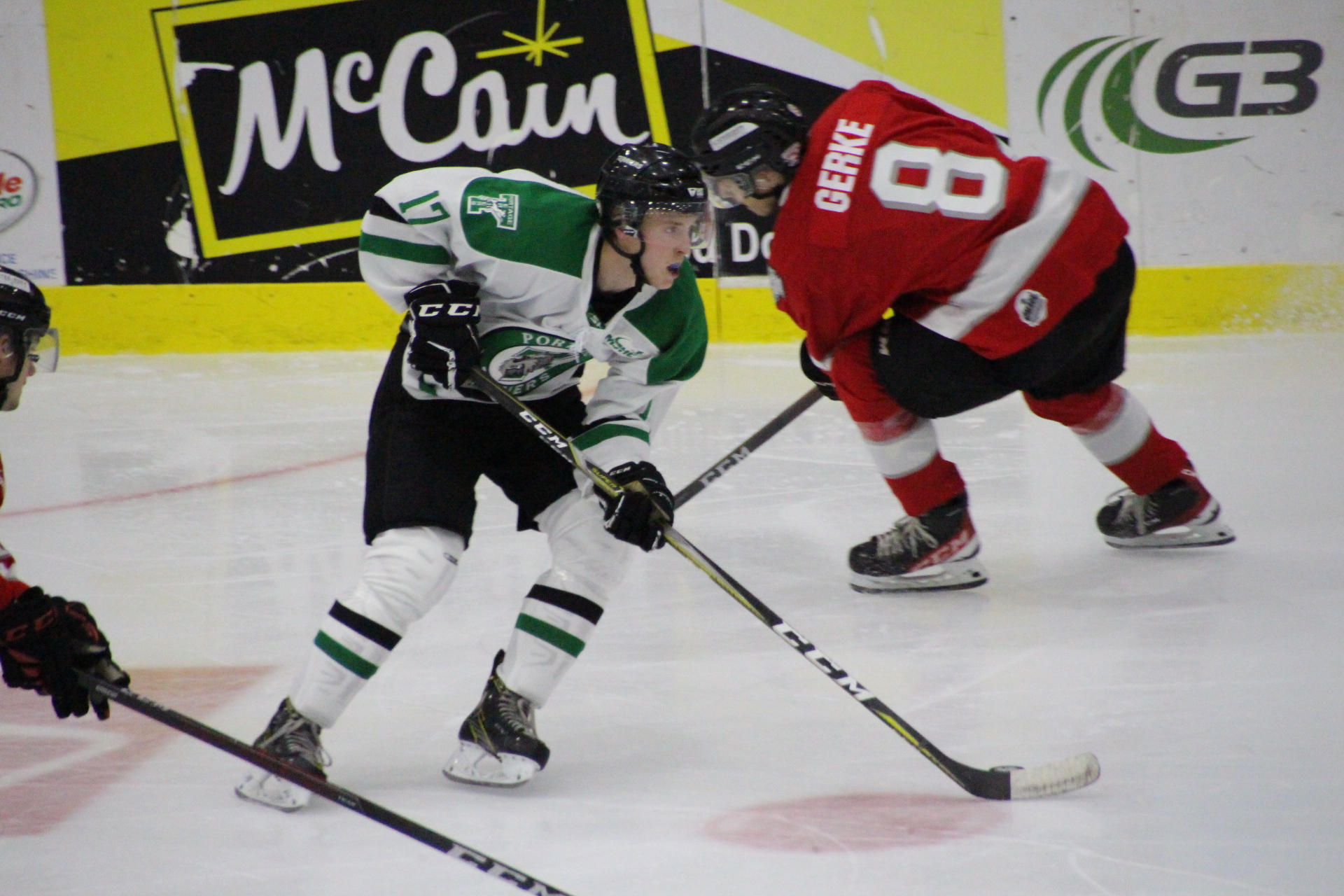 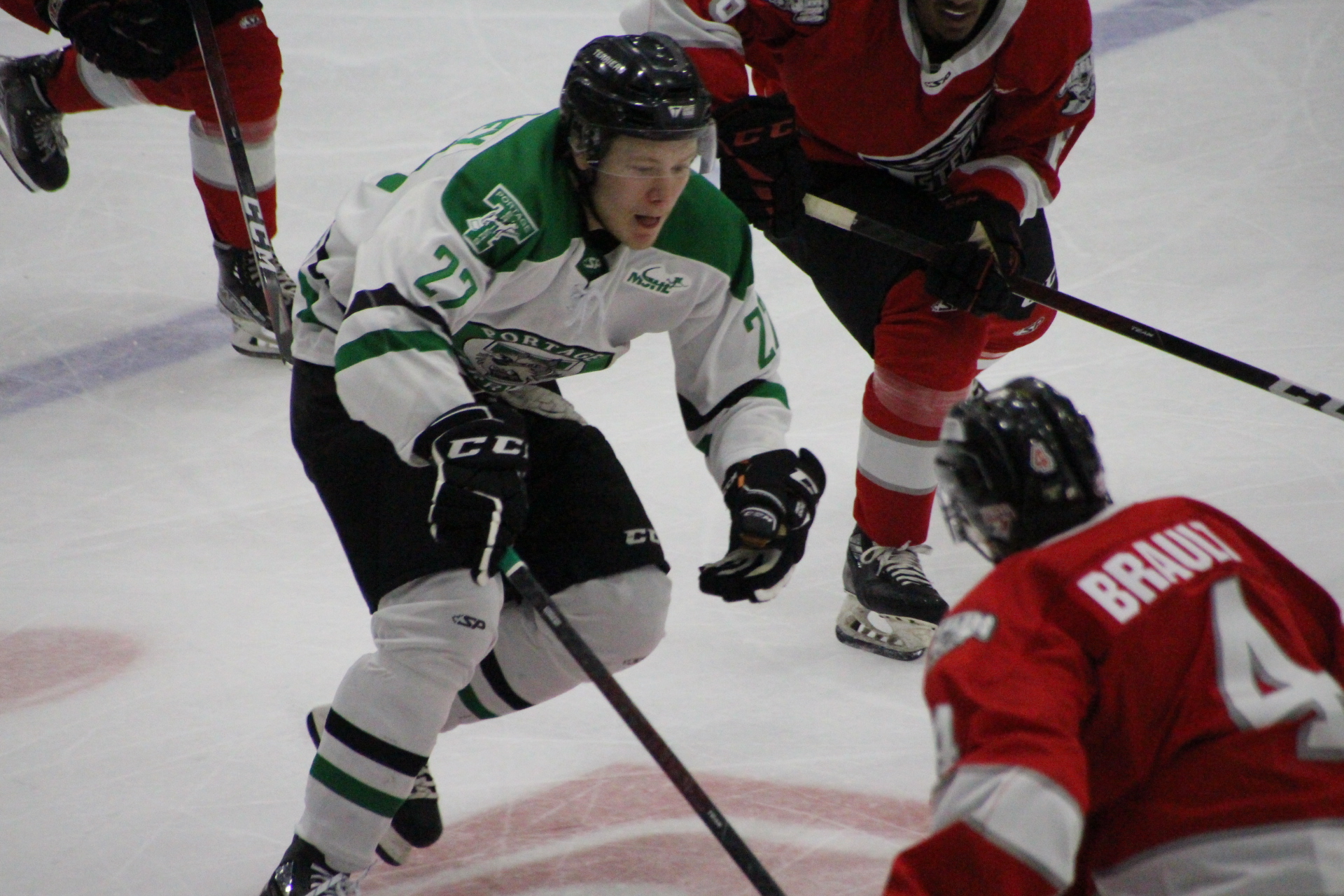 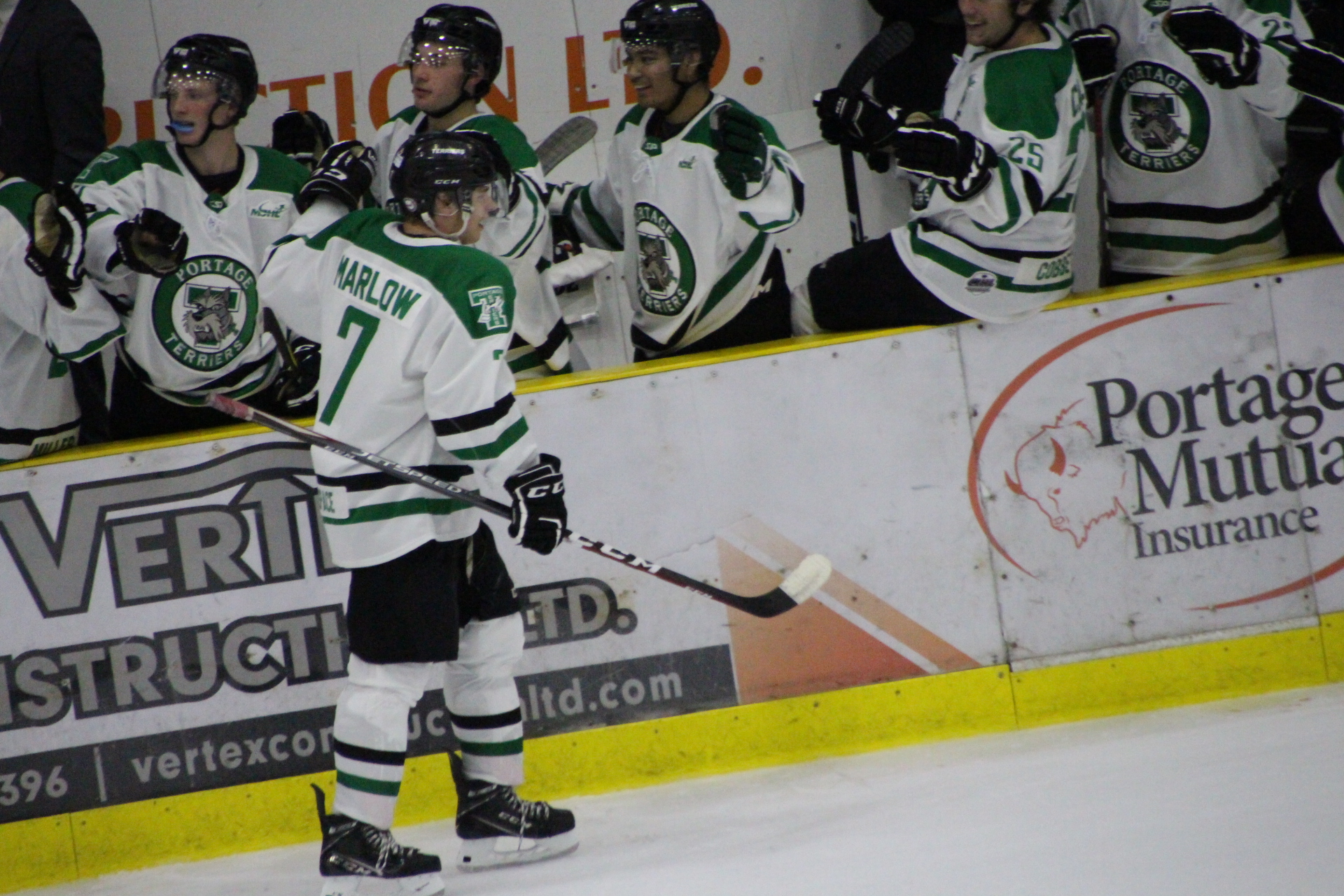 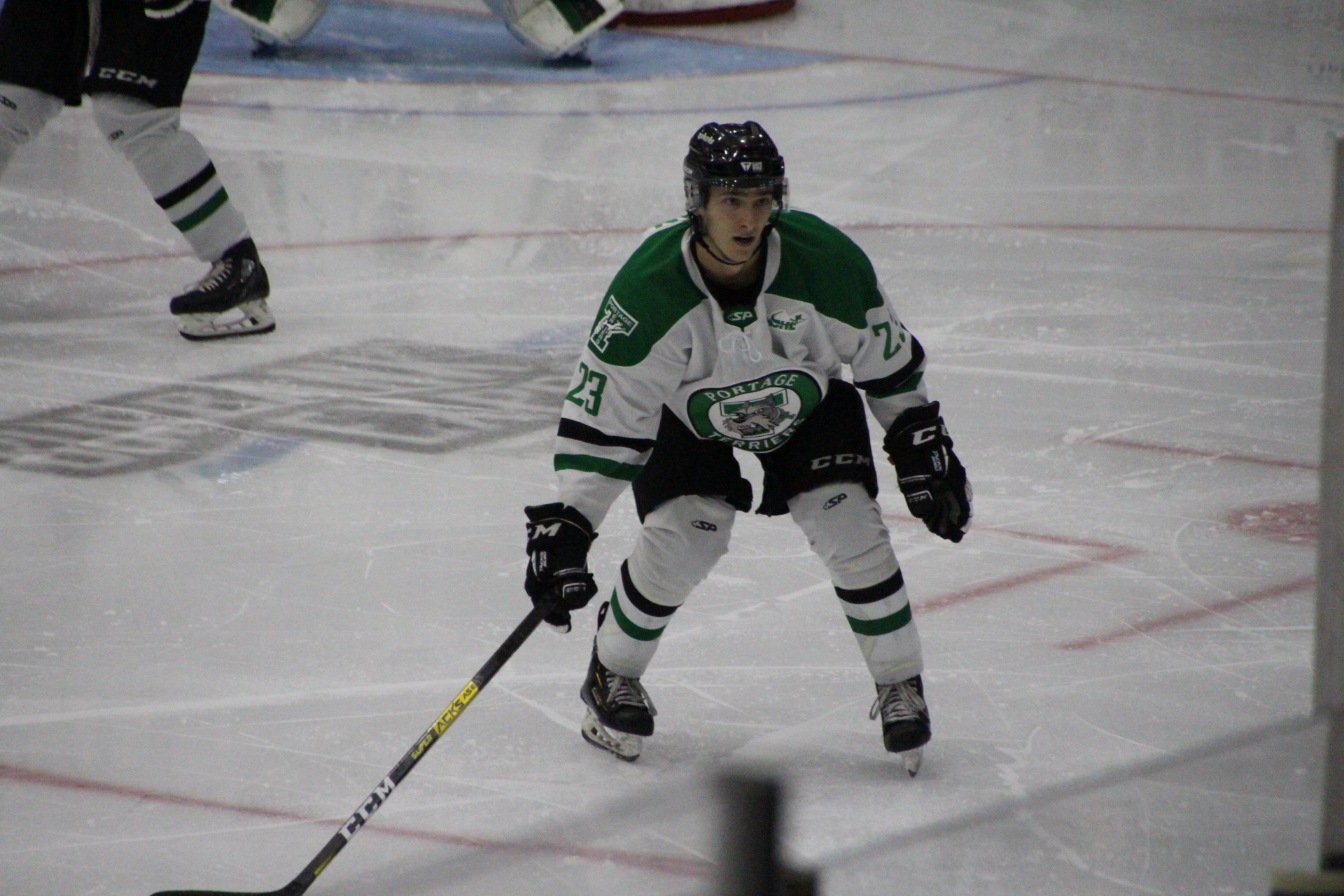 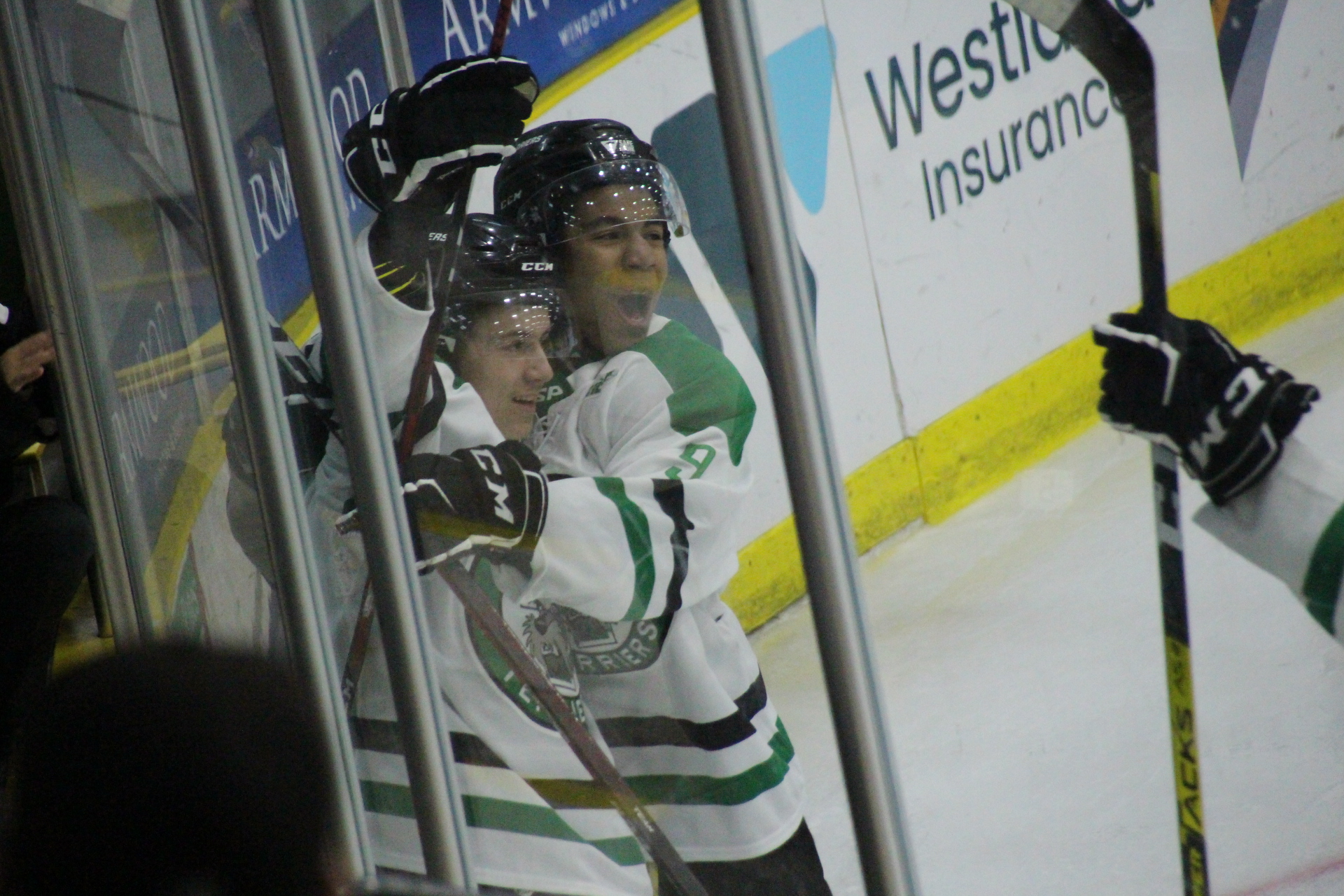