See car fire as it almost burns down house

Fast-acting response time from the local fire department, combined with what some might consider timely coincidences in a home, saved a house from quickly turning into a blaze in Portage la Prairie this evening.

A 911 call was made this evening at about 6:00 p.m. concerning a car fire in the driveway of a home on 5th Street SE.  The car was parked only three feet from the older house that could have easily caught fire had the blaze not been extinguished as soon as it was.

Captain Todd McKinnon was on the scene and says they arrived when the vehicle was fully involved.

The owner of the car, Brandon Blume, says the family dog was barking incessantly in its kennel a few moments before they learned about the fire.

"We couldn't figure out why," says Blume. "We couldn't get the dog to shut up. And then I asked my son to come down and put some dishes away. On his way down the stairs, he looked out the window and saw it all in flames. And that's what tipped us off to it. They (Fire Department) said that if it had been a couple of minutes more, it would have gone on to the house. Since it was an older house, it would have gone up really fast. It was just perfect timing."

He says his wife initially called 911, and she was on the phone for a few minutes, when about 30 seconds later, they heard the sirens.

Blume says it felt like an eternity, but all things considered, the fire department moved incredibly fast.

No one was injured. 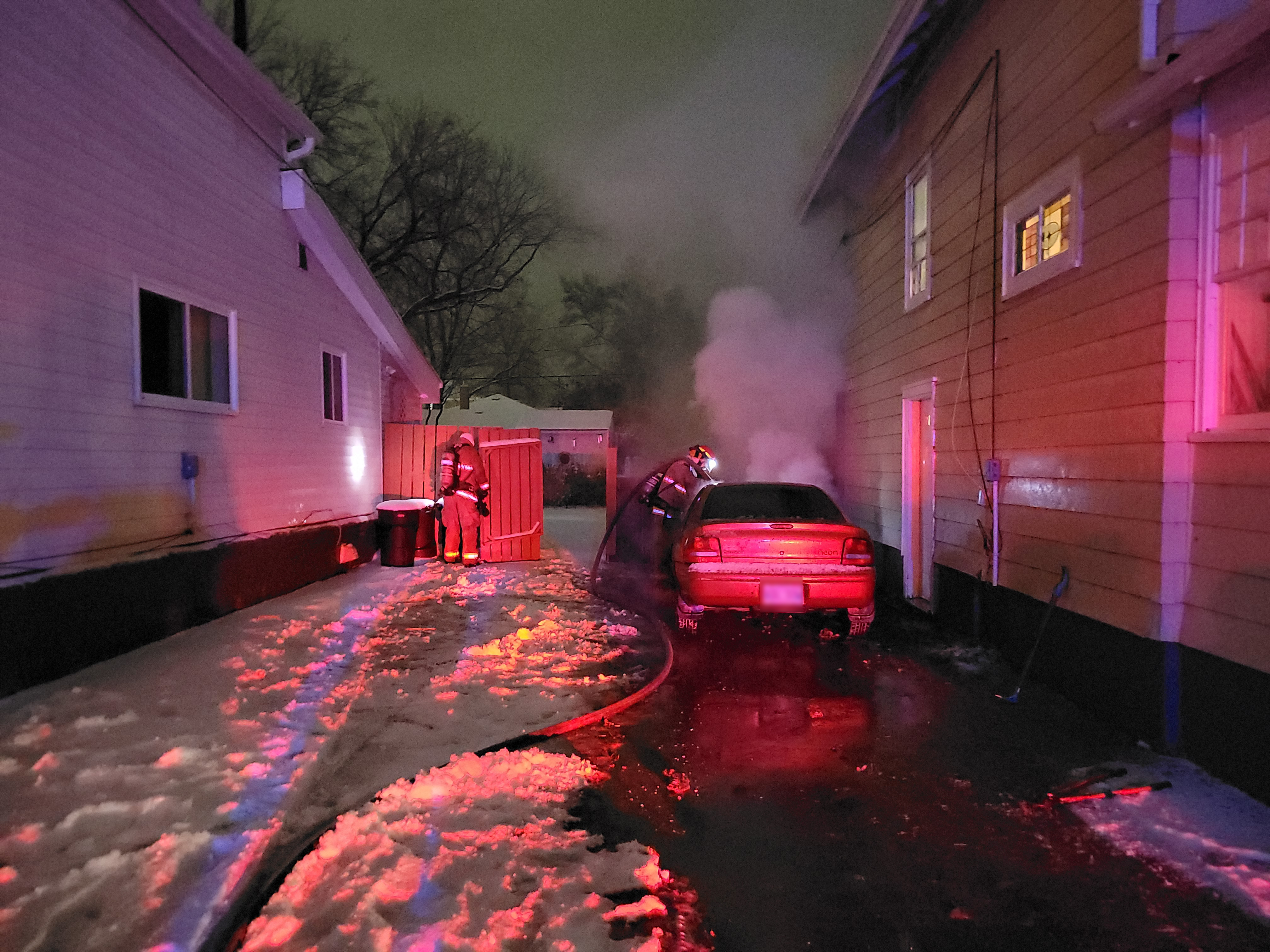 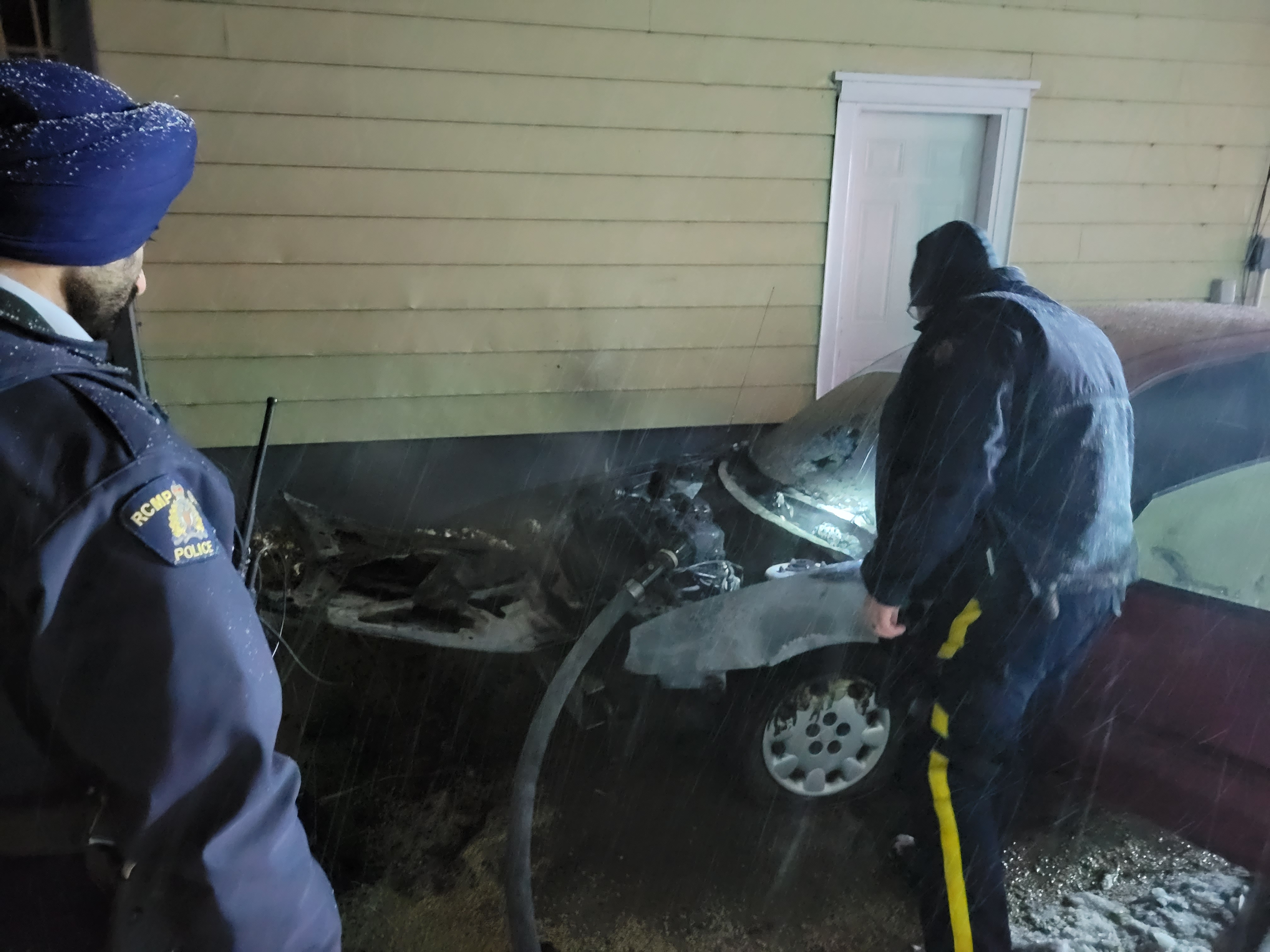 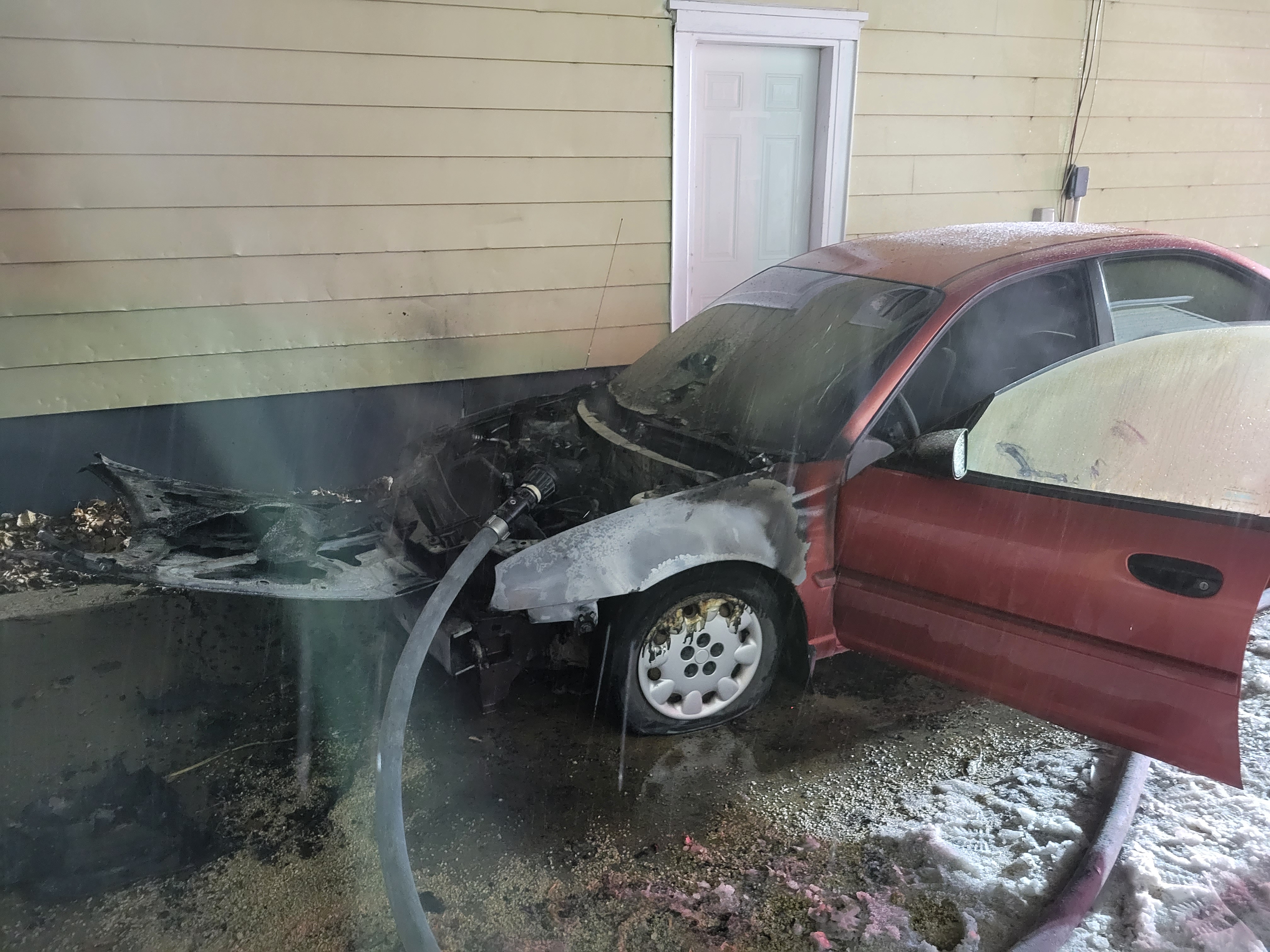 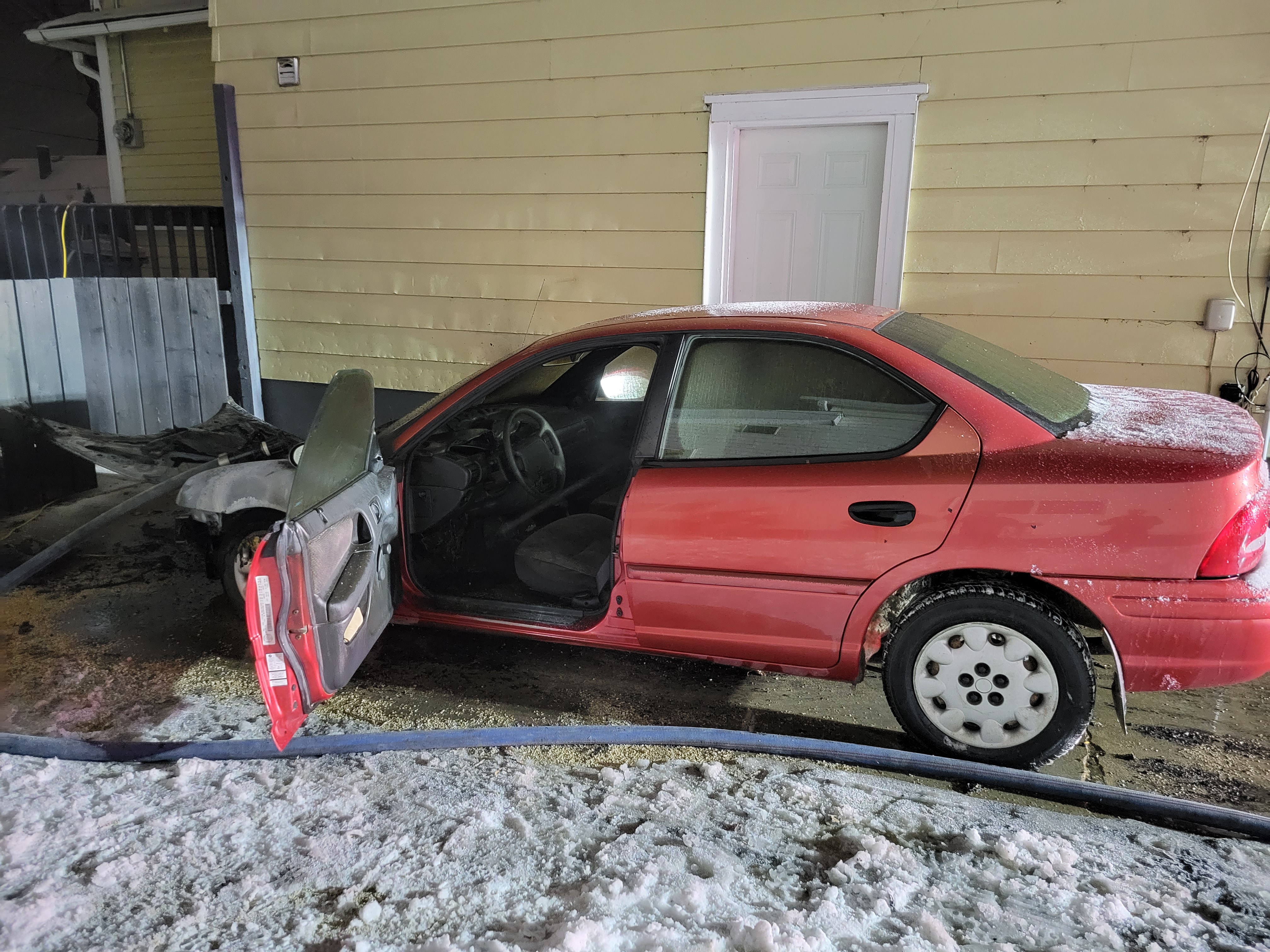