Terriers show off resilience against Steinbach

The Portage Terriers are proving they're a force to be reckoned with. The Dogs triumphed over the MJHL's top-seeded Steinbach Pistons 3-2 in a game that had the Terriers' backs against the wall.

Near the midway mark of the first period, Bailey Monteith kicked his pad out at the edge of his crease to knock the puck to the corner before Steinbach could pounce on it. A Piston was racing toward the puck simultaneously and was hooked by Tayem Gislason, leading to a power-play for Steinbach.

Monteith had to stand tall again on the penalty-kill sprawling out to keep the game tied at 0-0. Despite a plethora of end-to-end play, both teams would remain off the board until the second period.

Gavin Klaassen looked to open the scoring early in the following frame for Portage. He received the puck in the slot from Wisener, who was tied up along the boards, but Klaassen was denied by Pistons' goaltender Dominik Wasik.

Both teams traded 2-on-1 opportunities within 30 seconds of each other but Wasik and Monteith held their own once again, making it 30 minutes of scoreless hockey but the goals were right around the corner.

Steinbach was the team to strike first as Warren Clark skated around a Terriers forward on the blueline and stepped up from the point. He made his way to the top of the circle before firing a shot through traffic that beat Monteith high on the short side. 1-0 Pistons.

Travis Hensrud halted Steinbach's momentum by taking a roughing penalty less than a minute after the goal, and Portage took full advantage. Gislason ripped a one-timer on net that was stopped but into the crease behind Wasik. Austin Peters was knocked down in front of the net but that didn't stop him from tapping the puck into the open net from his back, tying the game.

With just two minutes left in the period, after a long shift spent in their own zone, the Terriers were trying to clear the puck. Their attempt got held in at the blue line and quickly found Davin Griffin, who dished it across to Kirk Mullen on the doorstep, and he made no mistake about it.

The Pistons took the 2-1 lead into the second intermission.

A minute into the third, Ty Paisley got behind the Terrier defence and was sprung on a breakaway. He entered the zone on an angle and couldn't find an opening on his shot as Monteith made another important save.

While Mullen put Steinbach in front, he also played a major role in the Terriers' next goal after going to the penalty box for four minutes due to a high stick. On the ensuing power-play, Kaden Kohle entered the zone on the wing with the puck. Kohle made a nifty move going to his backhand, leaving the defender and the goalie behind, before putting the puck into the back of the net.

Both teams had chances down the stretch in the final frame but it was Portage's own Ryan Botterill to break the tie with under two minutes to play.

"I just drove the net, and Wags (Noah Wagner) made a beautiful pass," Botterill explains. "Credit to him there. He saw me, shot it right at my stick, and I tipped it in."

Monteith made an enormous pad save in the last minute of play, which helped the Terriers hold on for the 3-2 victory.

Botterill describes the keys to the comeback.

"That was a big game. I think it was able battling in the corners, get it deep, and being hard on them," Botterill continues. "We didn't have the greatest start but we were hard on them and put a lot of pressure on them. We forced them to make turnovers, and that's our key right there."

This victory extends the Terriers' win streak to three games, with each of those wins coming against Winkler or Steinbach, the only other teams with more than 20 wins this season.

Portage will be back at home in their next contest, which takes place on Wednesday as the Virden Oil Capitals invade Stride Place. 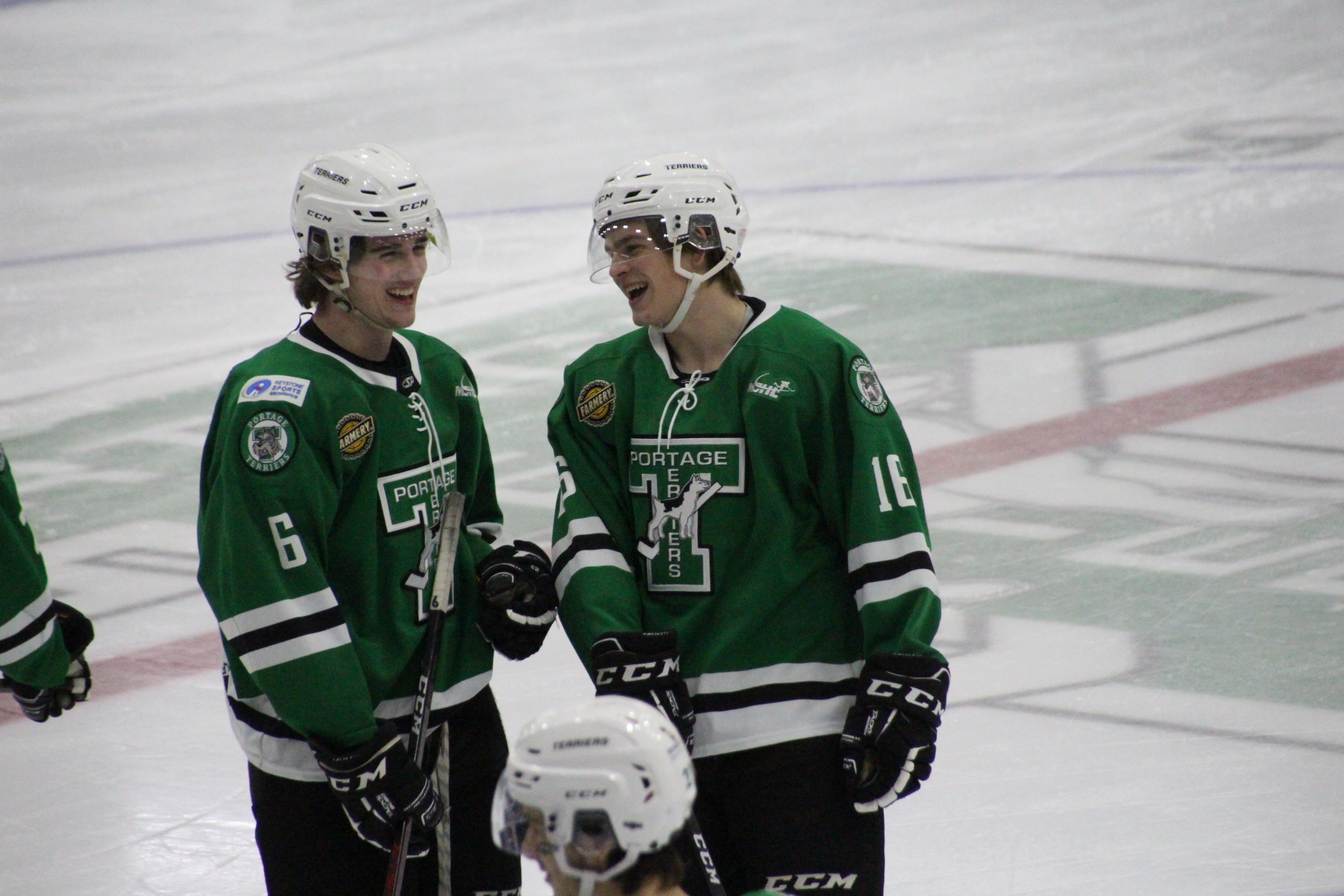 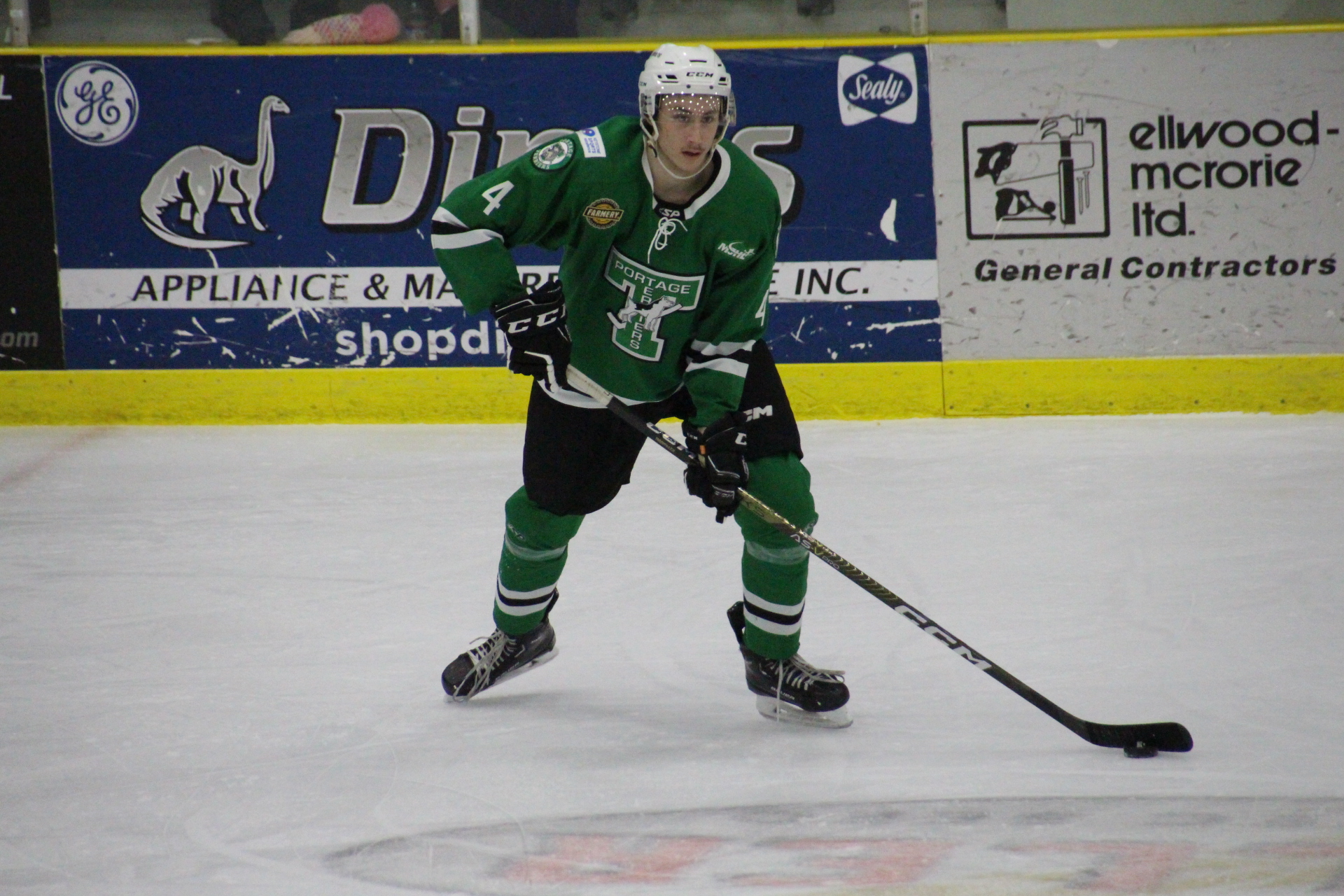 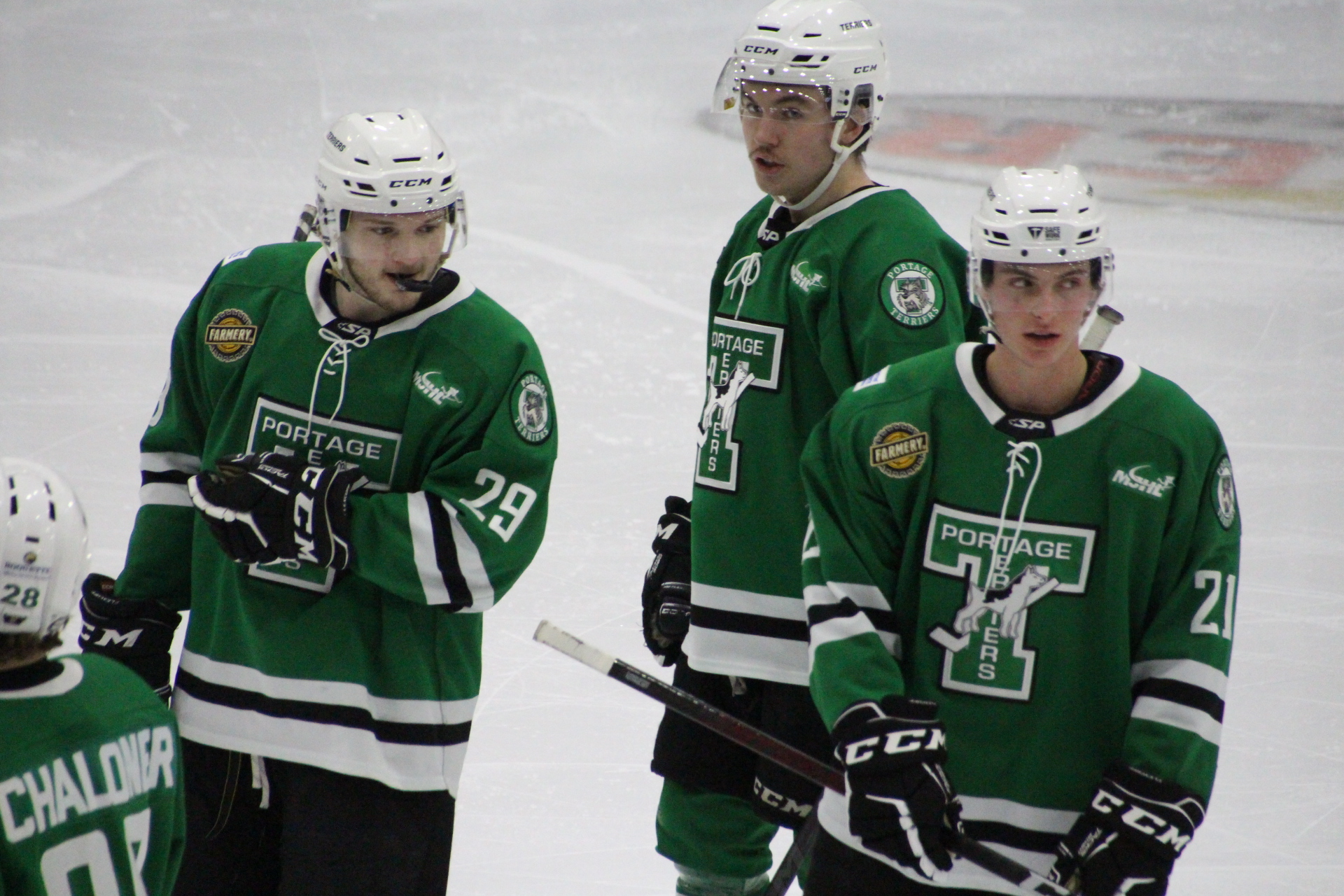 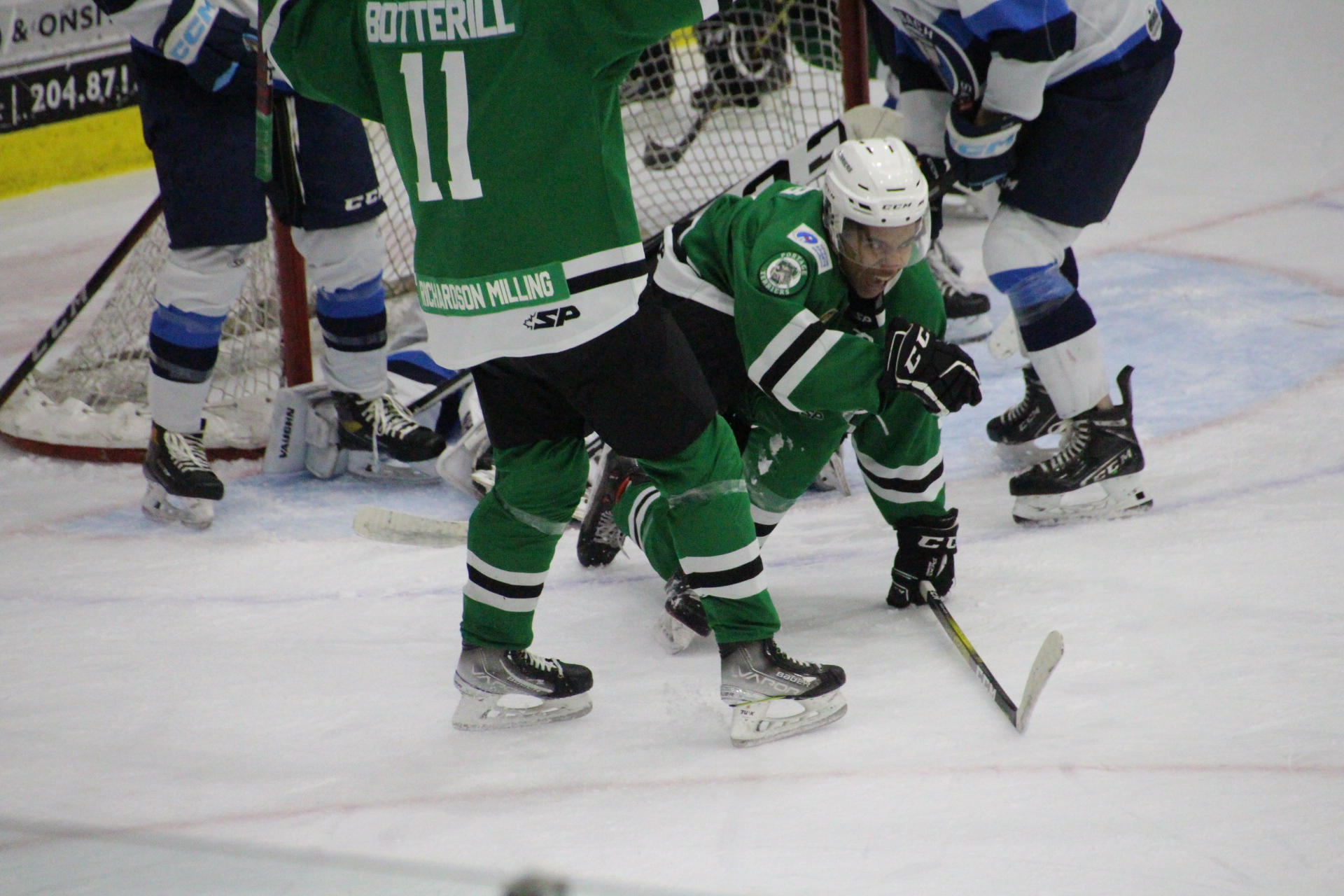 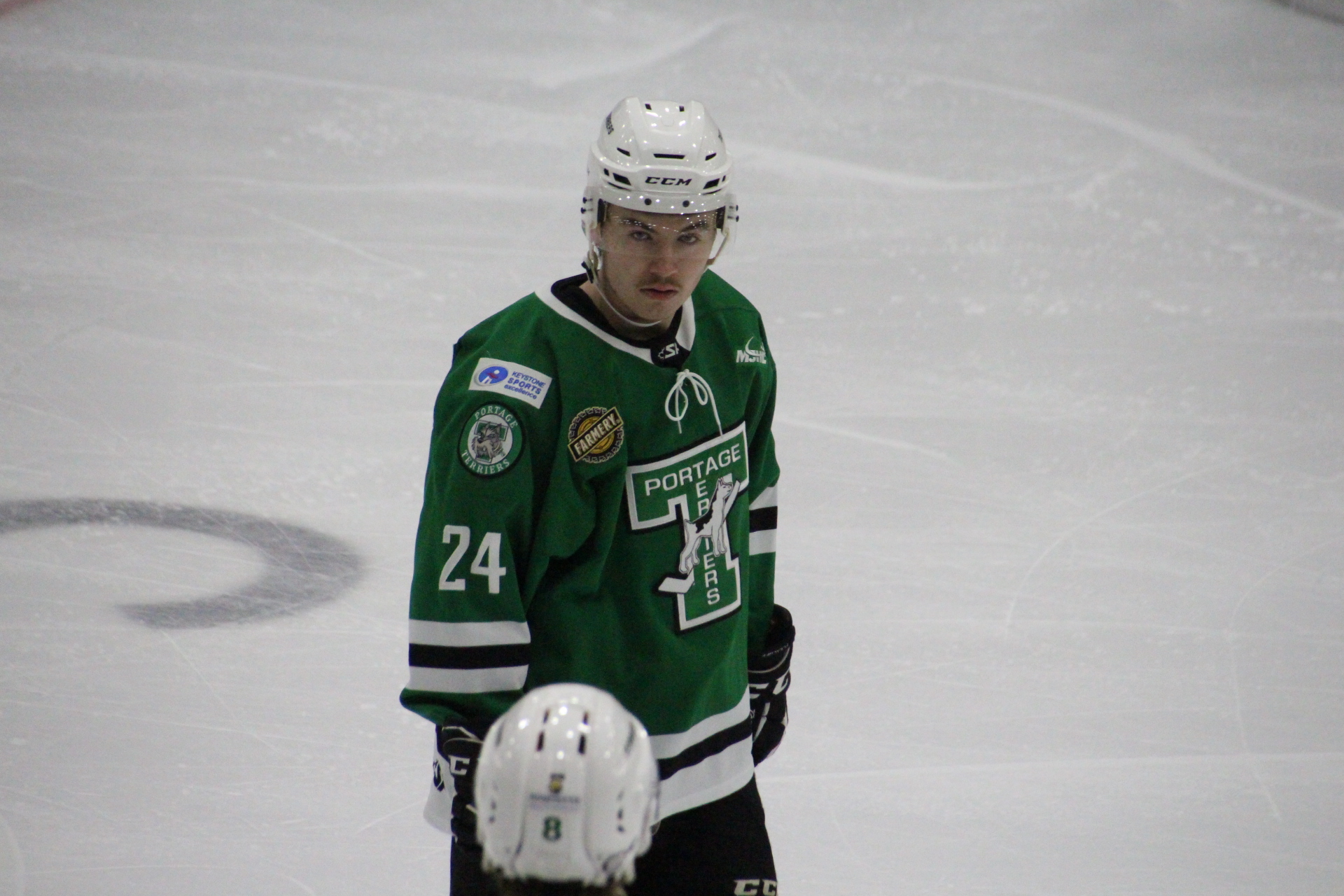 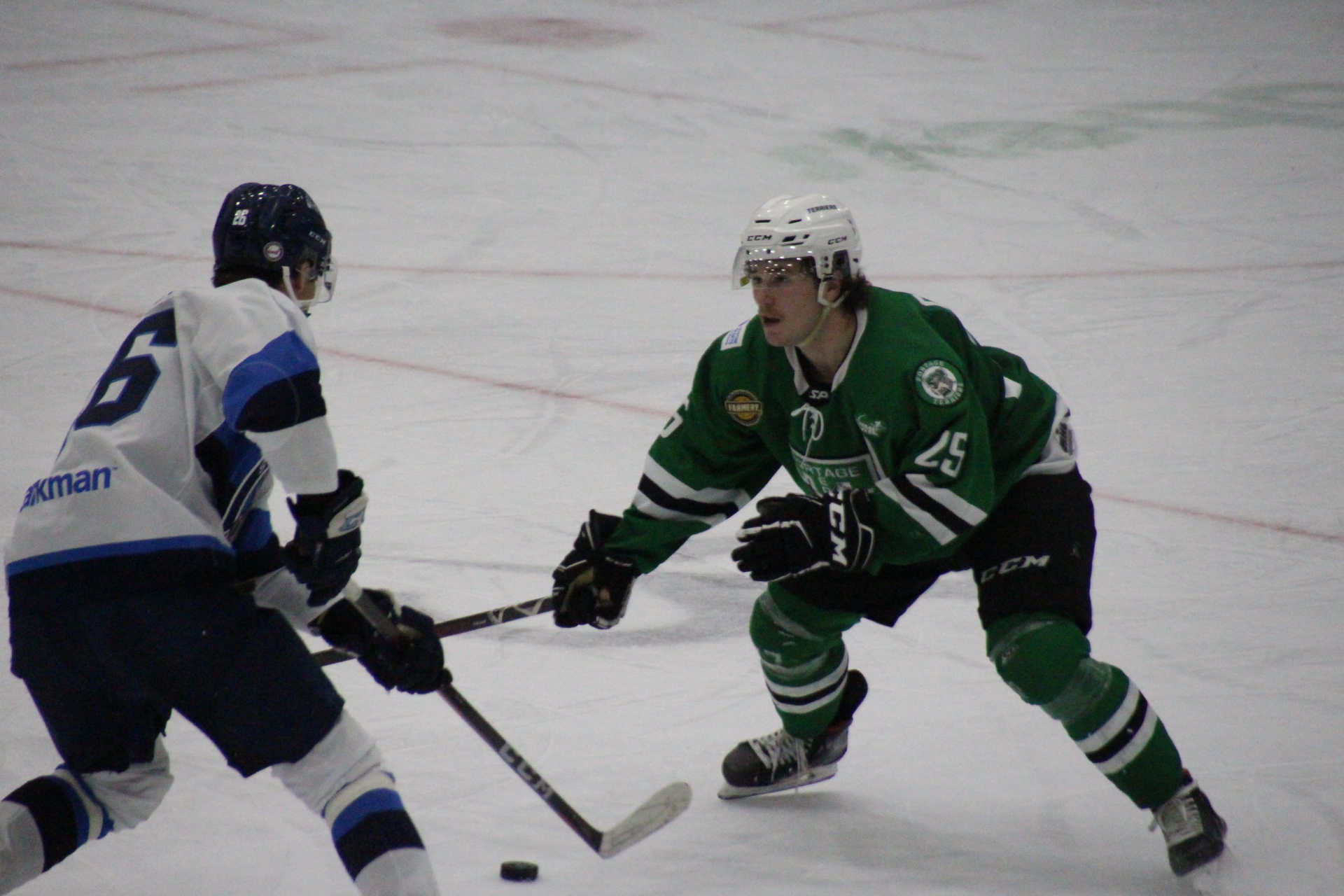 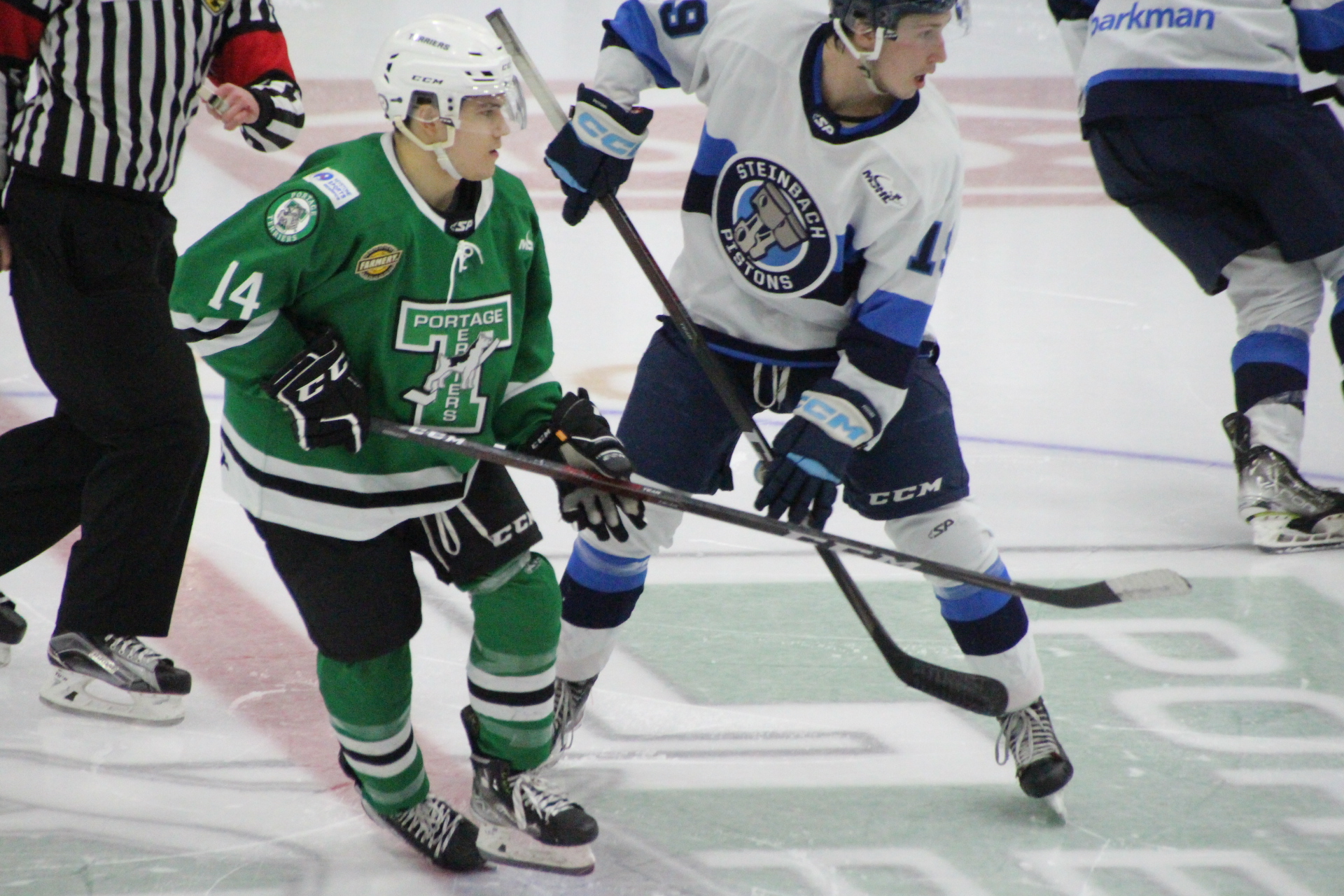 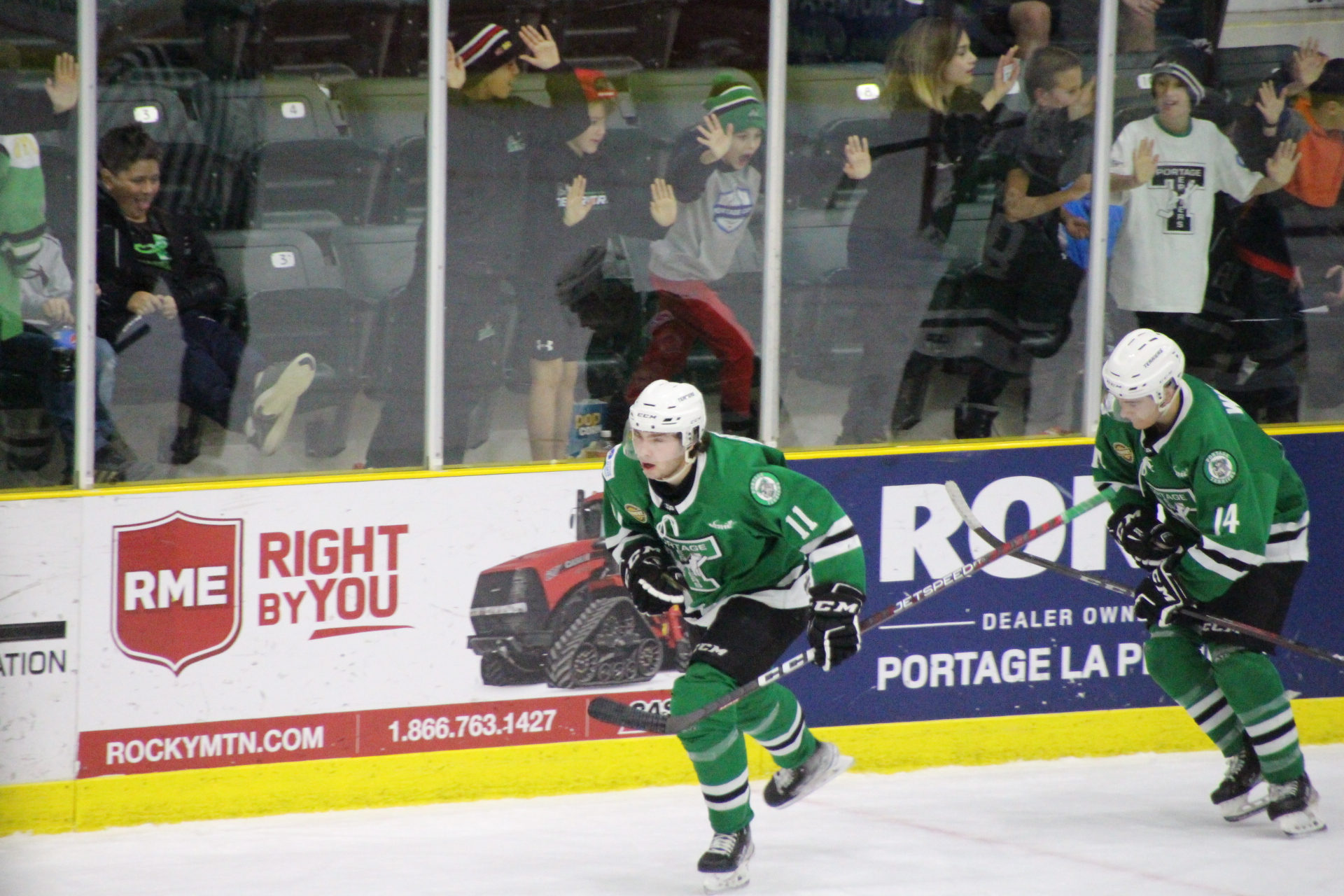