MacGregor Collegiate Institute (MCI) is ready to take to the stage for the first time since the COVID pandemic made it call for the curtain.

English teacher and drama director Tanya Polasek says they will be running their production titled, "Typecast," on April 27th and 28th. She says the students are very excited to see the work that they've put in since February pay off.

"As anyone who's ever been part of a drama production before, everyone's a little nervous, but everyone's also a little excited," explains Polasek. "Most people have their lines memorized, but this is the time where it's all starting to come together."

She adds the nine actors taking part have been rehearsing twice a week to make sure the one-act, hour-long show is as great as they want it to be. She mentions on the second show, they'll be bringing some special guests to help out with the show.

"Our special guests are the South End grade 6-7-8 senior band jazz band and guitar will be playing for Thursday night's performance," notes Polasek. "We'll do our production, then after that the band will take the stage."

She says doors open at 6:30 p.m. and the show starts at 7. They're taking silver collection at the door so you don't have to buy a ticket ahead of time. The show will be taking place at MCI's Mark Brown Auditorium. 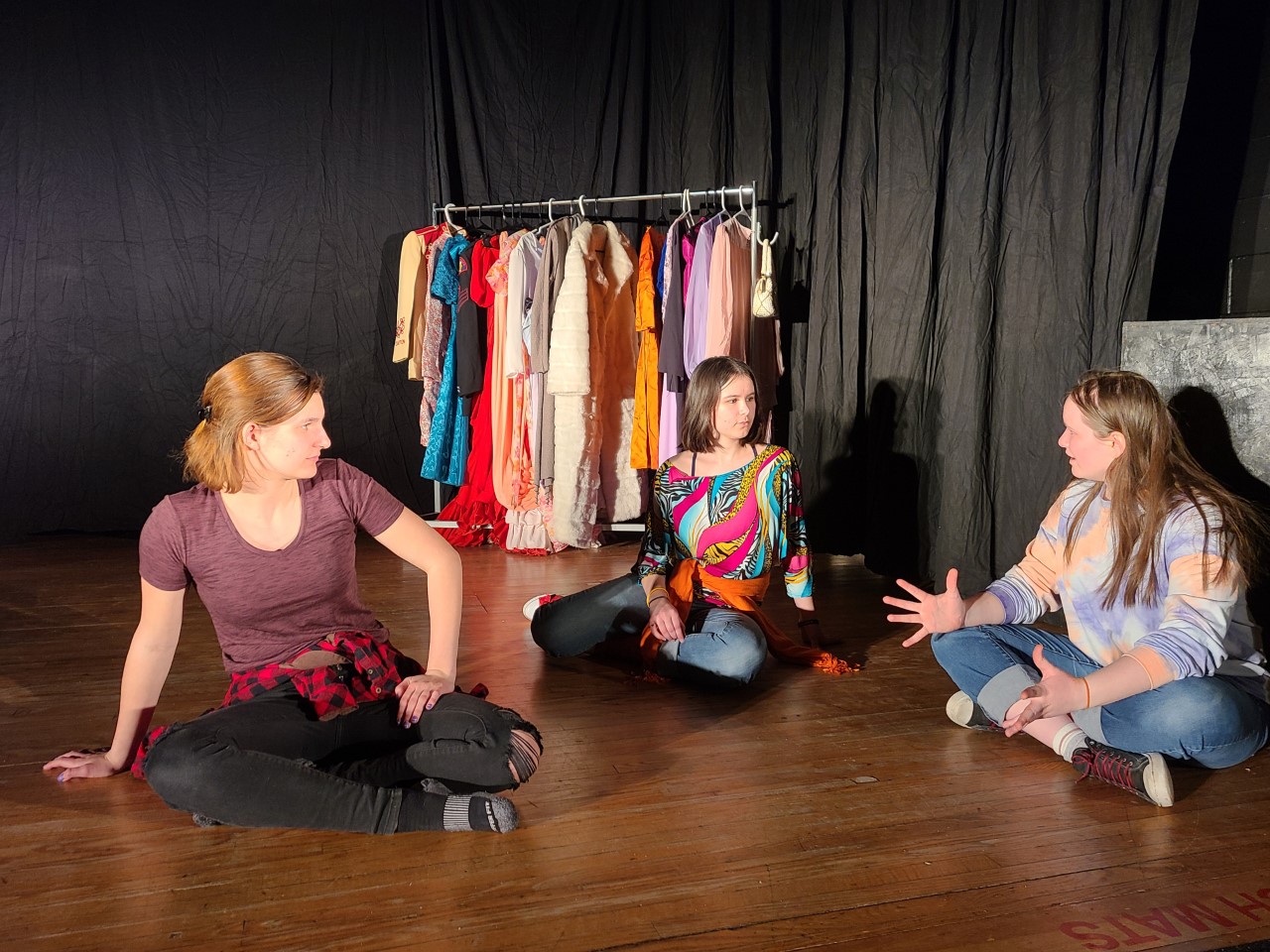 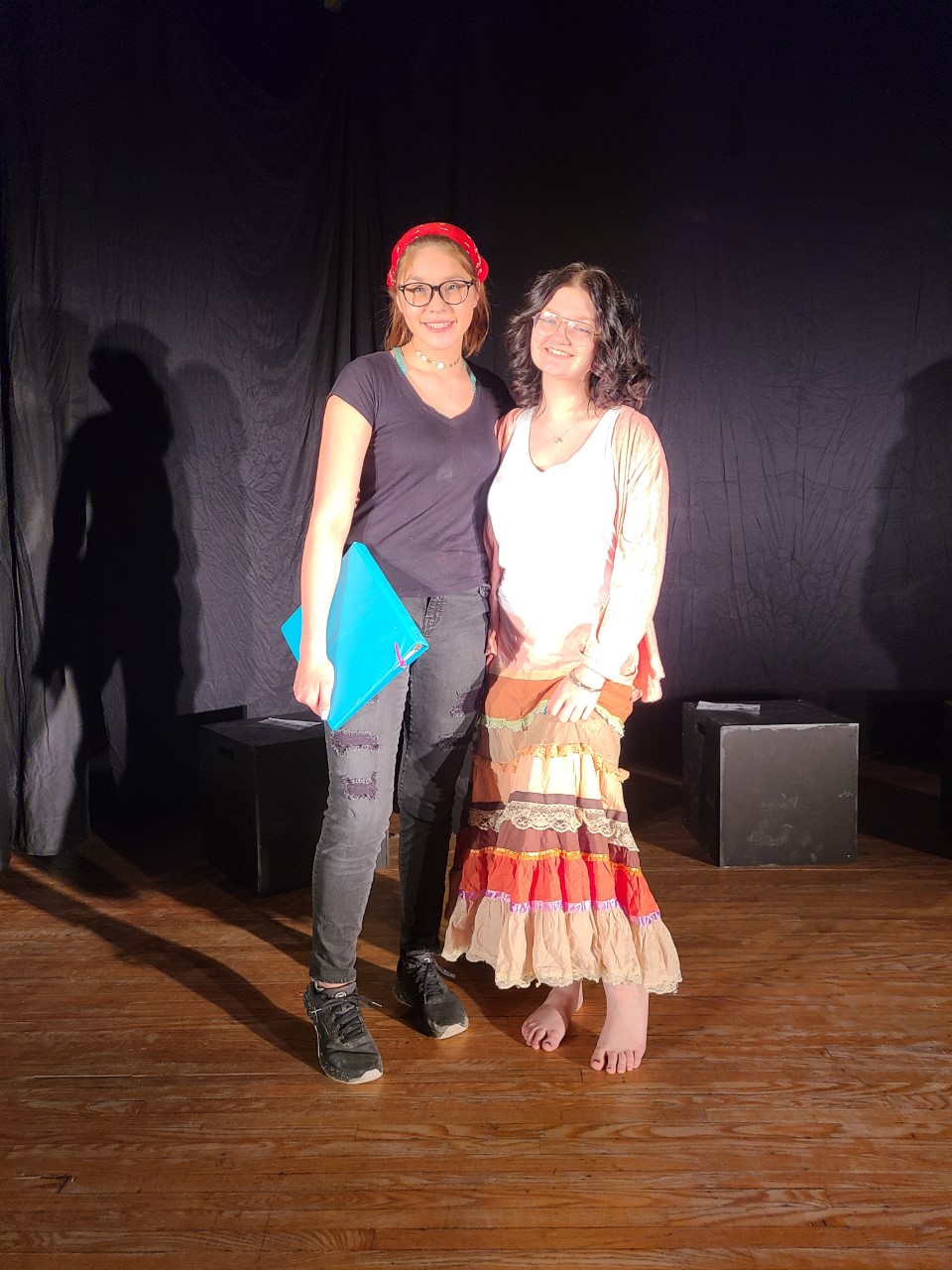 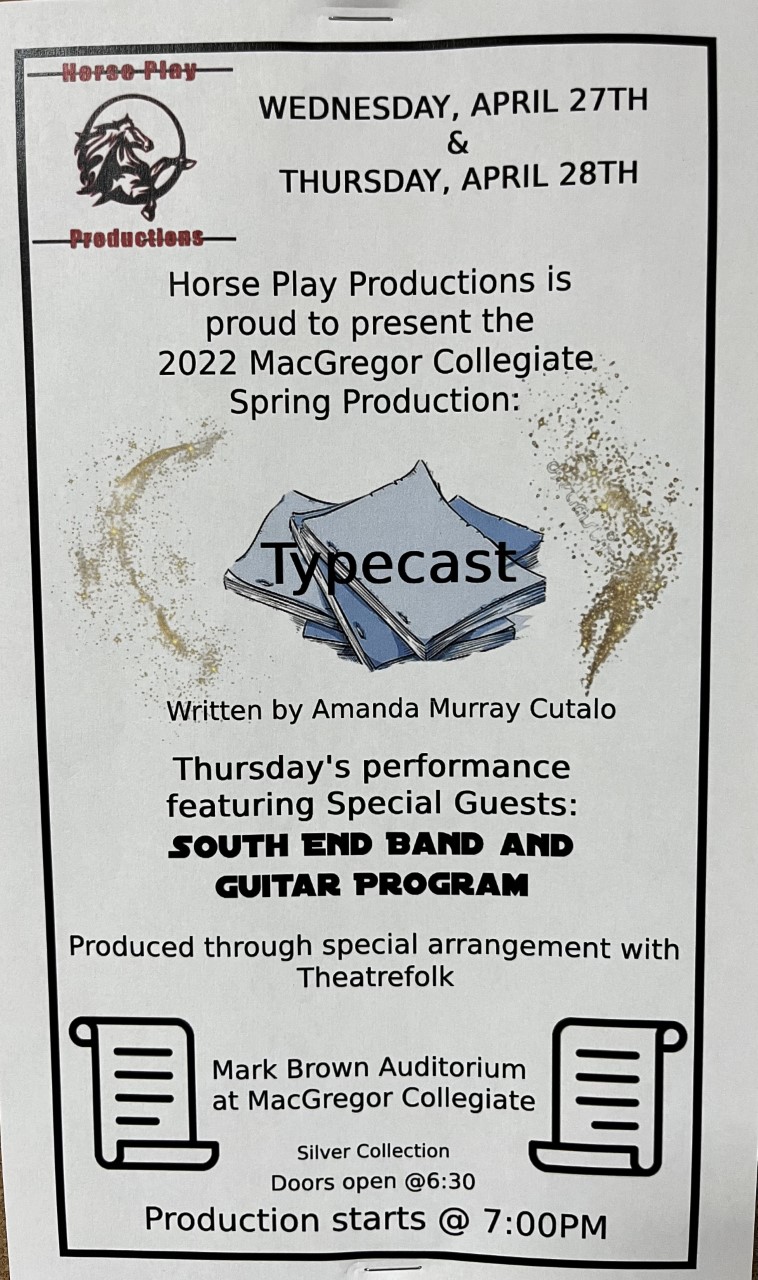