Restored plane to be displayed at Southport

Southport Aerospace's celebration of its 30 years of operation highlighted a cosmetically restored Beechcraft CT-134 Musketeer plane that was situated at Hangar 5 this past Thursday to commemorate the anniversary. Along with that, a fully restored Musketeer made a fly-by at the toast for their celebration and it was flown by the man who accomplished both restorations.

Colin Craddock shares what it was like to work on the planes.

"This was started in August of last year," says Craddock. "It was pretty intense throughout the winter months and we gave till the end of October to have it done. We finished it a little early and finished it in June. It had quite a bit of damage of vandalism. There were holes in it from people breaking the windows and putting holes in the wings. There was a lot of work that needed to be done on it and a lot of stuff that was missing and had been taken over the years."

He notes he's been flying for 46 years and is currently a 787 captain with Air Canada.

"I'm ex-military as well," continues Craddock. "I did 27 years with the military full-time and as a reservist flying the Aurora. Then the last 14 years, I was flying the Dash 8 in Winnipeg. I farm just about 15 miles to the southeast of here."

"The one that's on the apron right now was the first one that took me about three years to restore back to flying condition,"' adds Craddock. "And the one that's here right now is restored to externally look perfect, as it was when it first came in. But the inside is not there."

You will be able to enjoy the sight of the Musketeer displayed on beside the RecPlex facility in the near future. 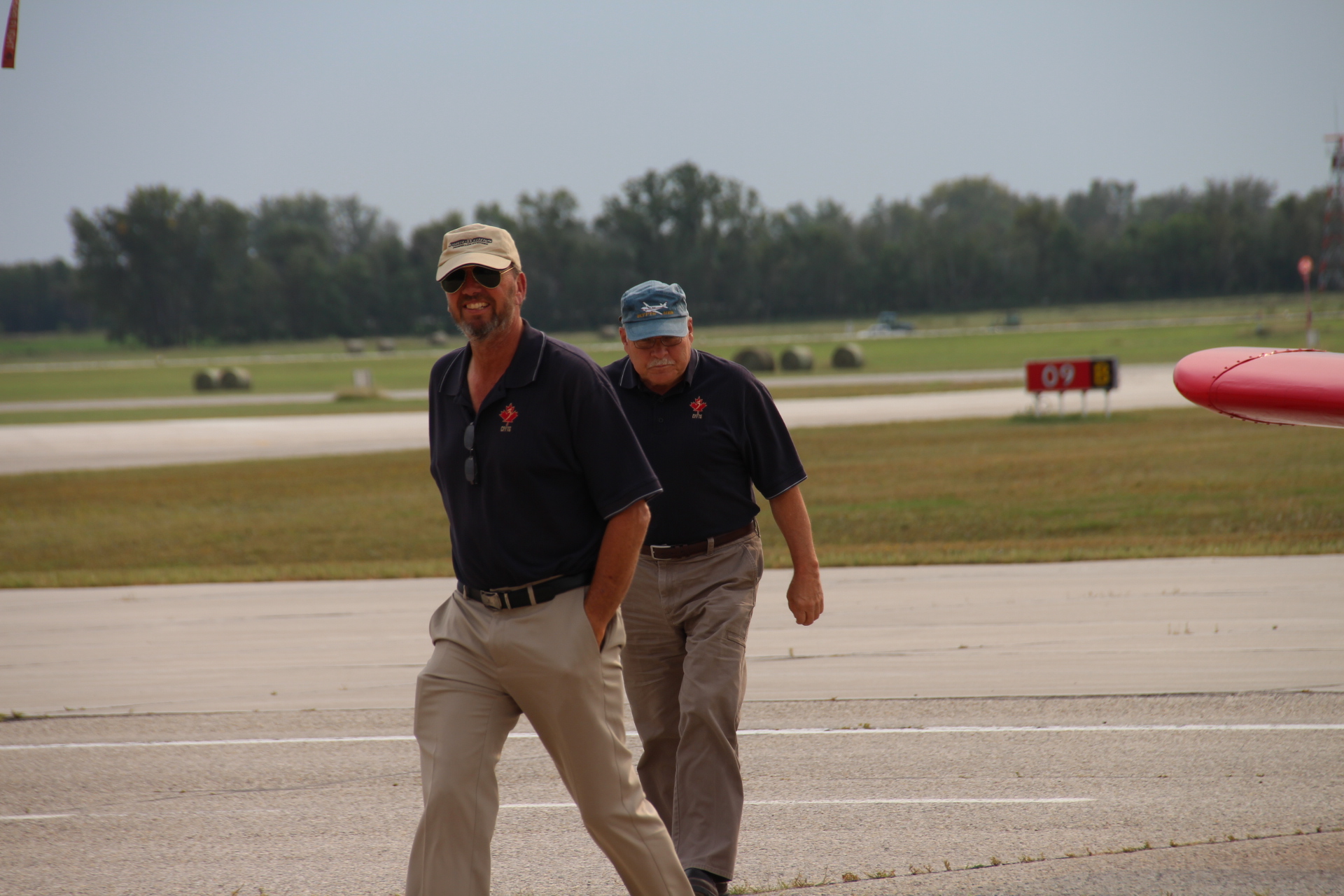 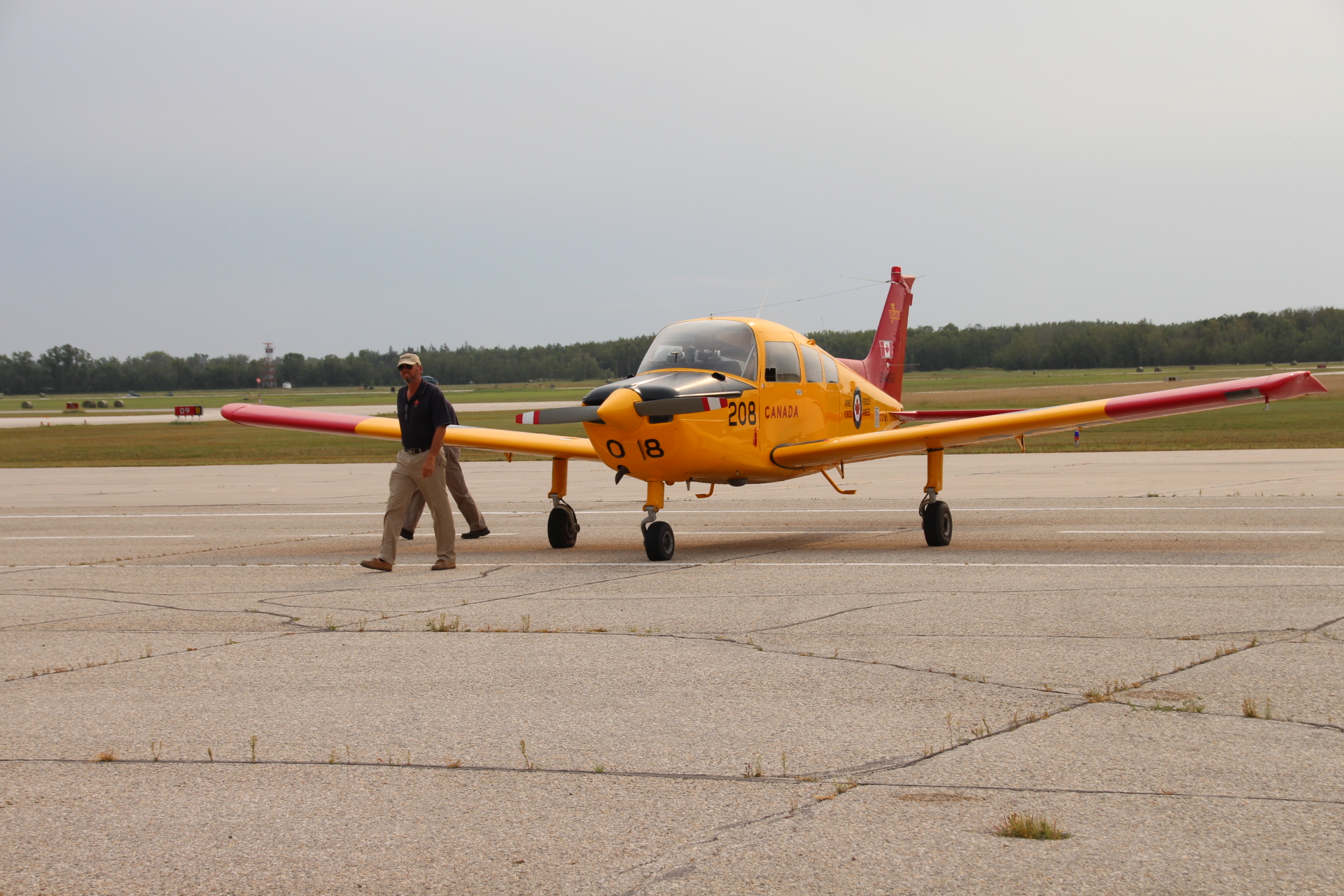 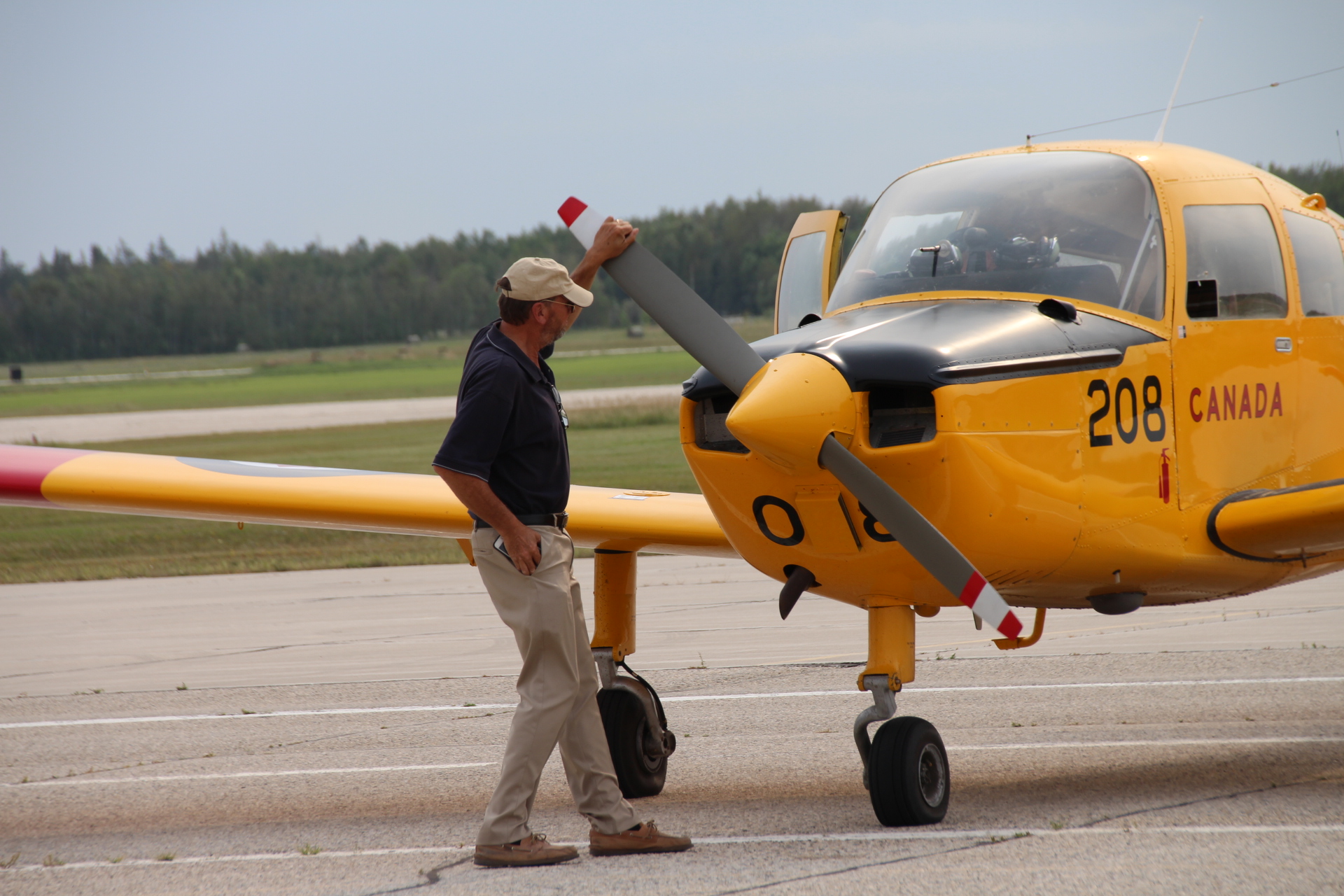 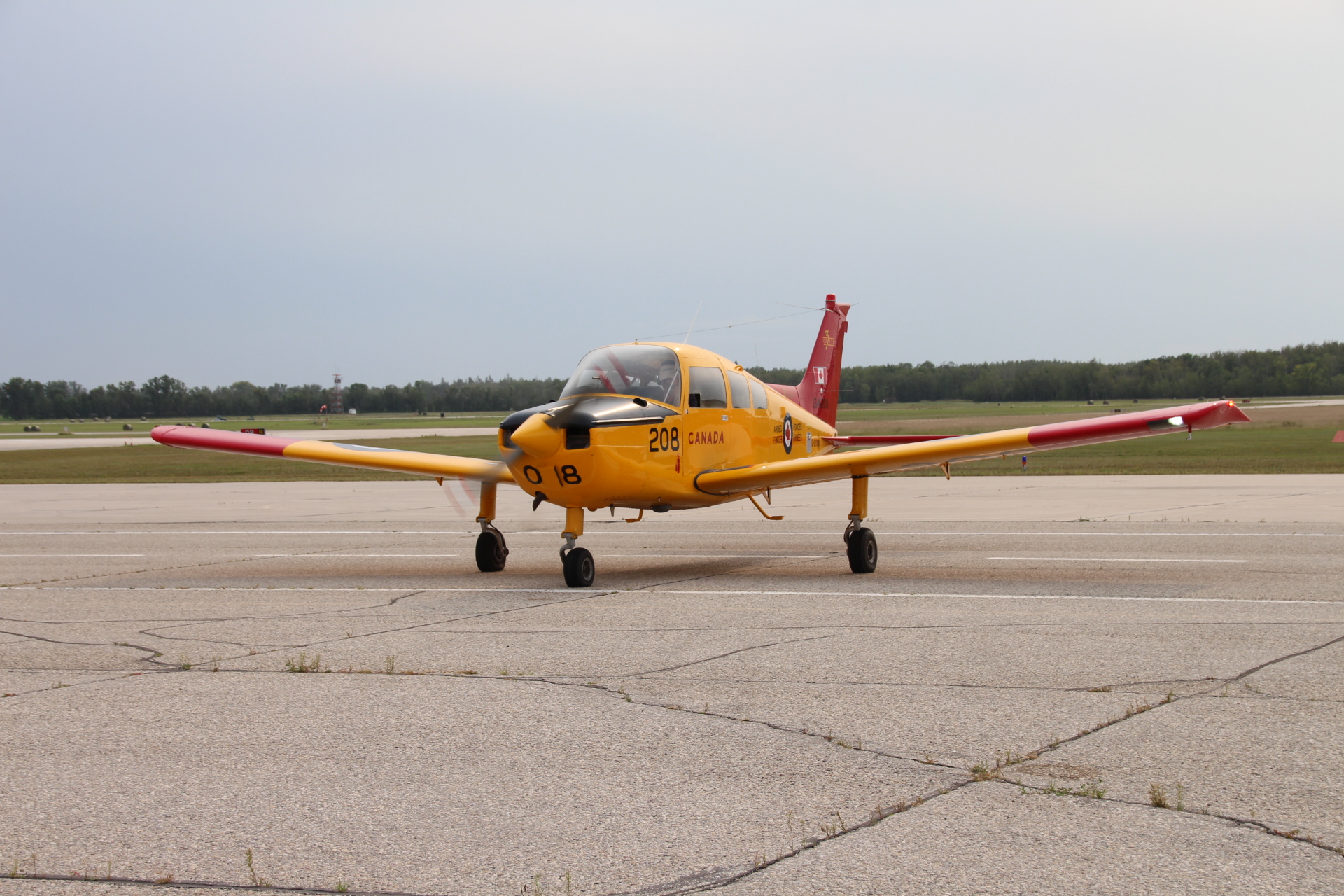 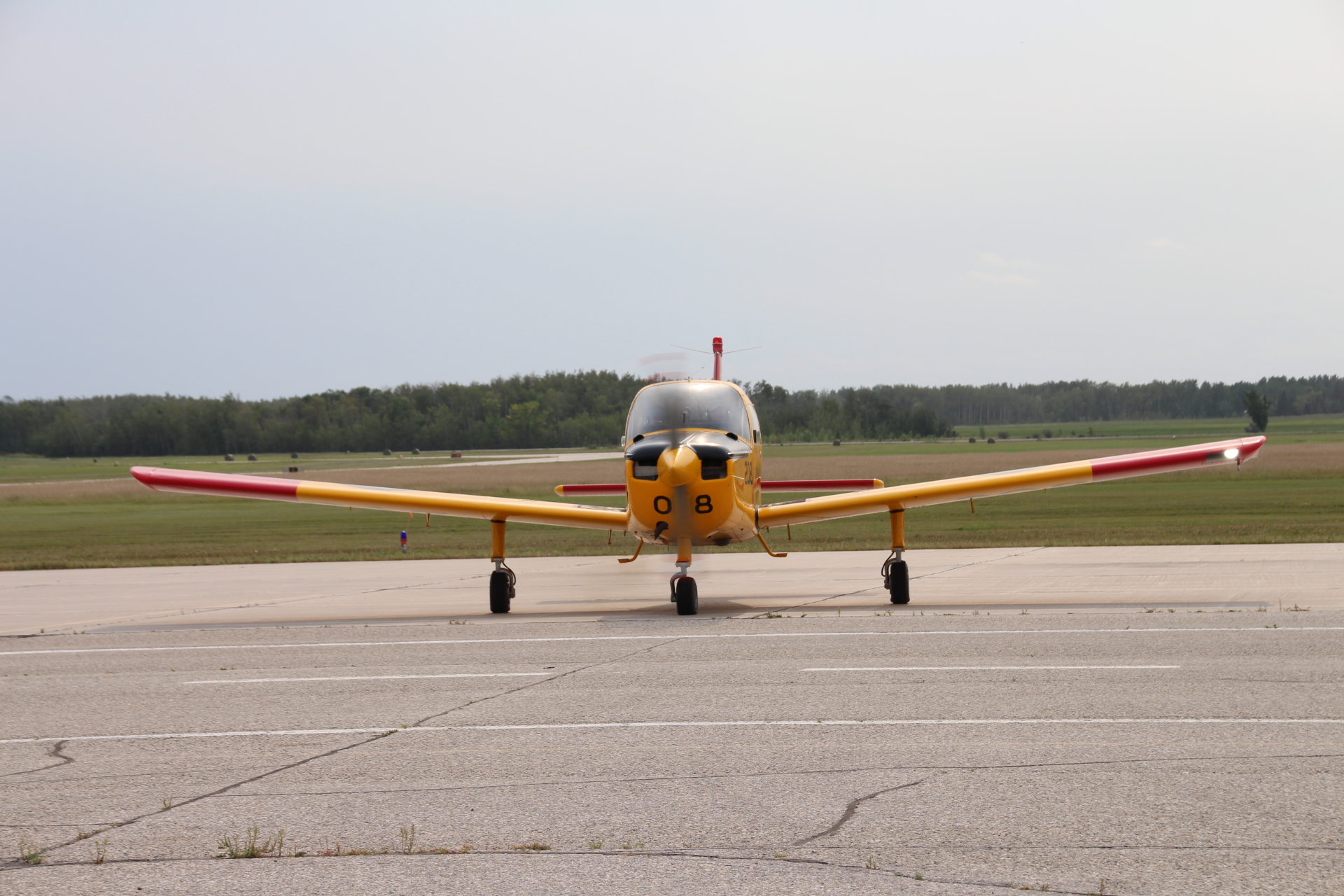 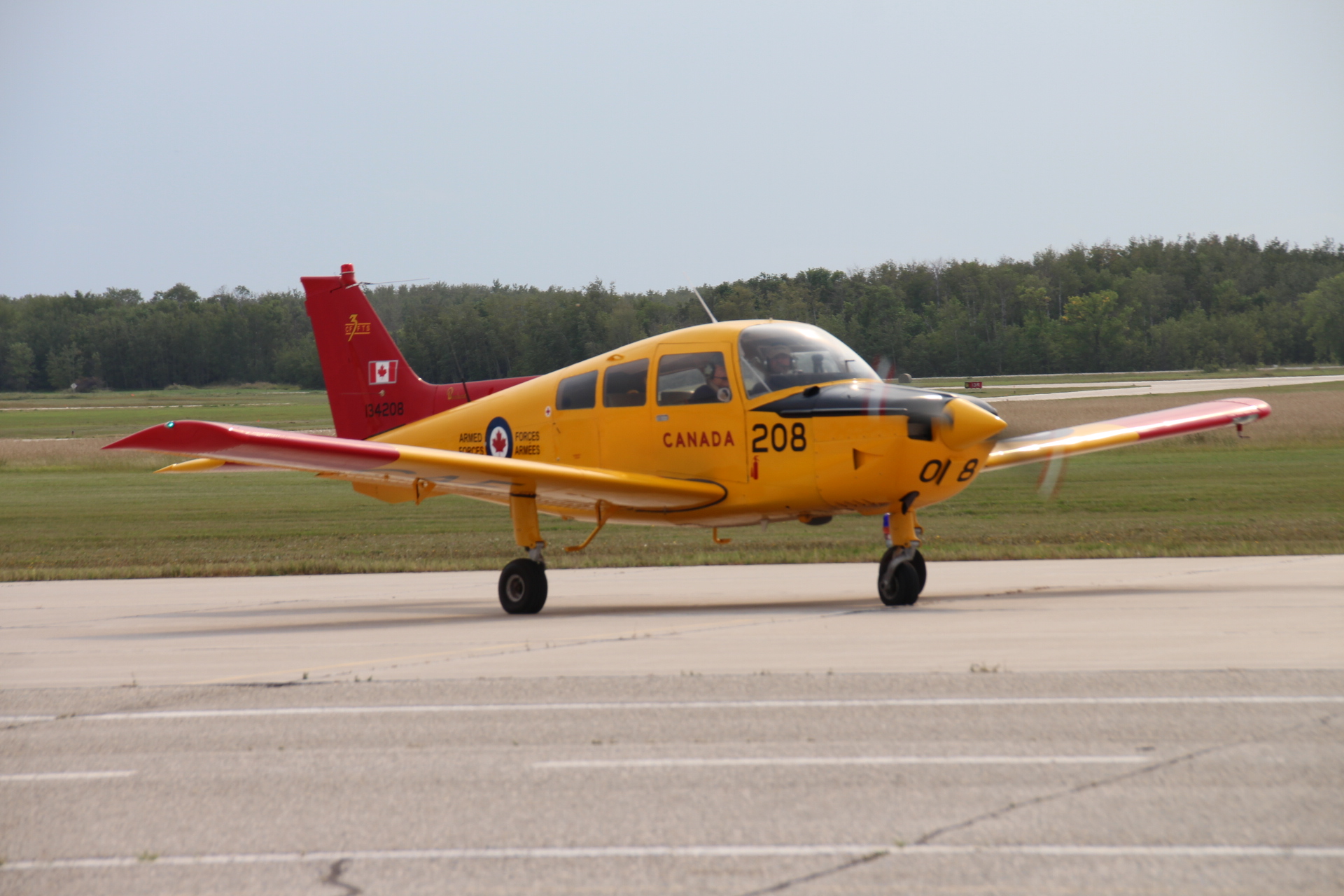 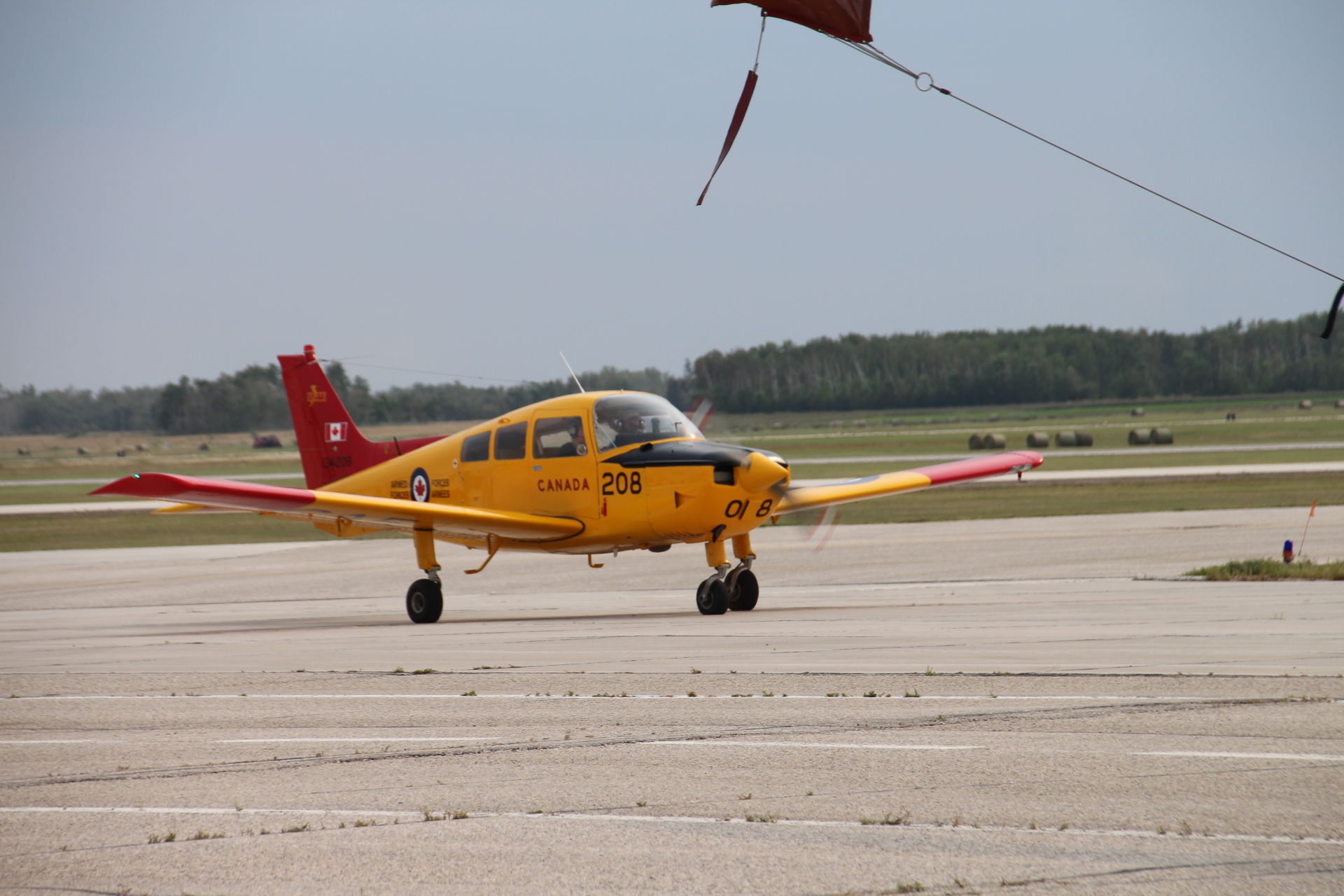 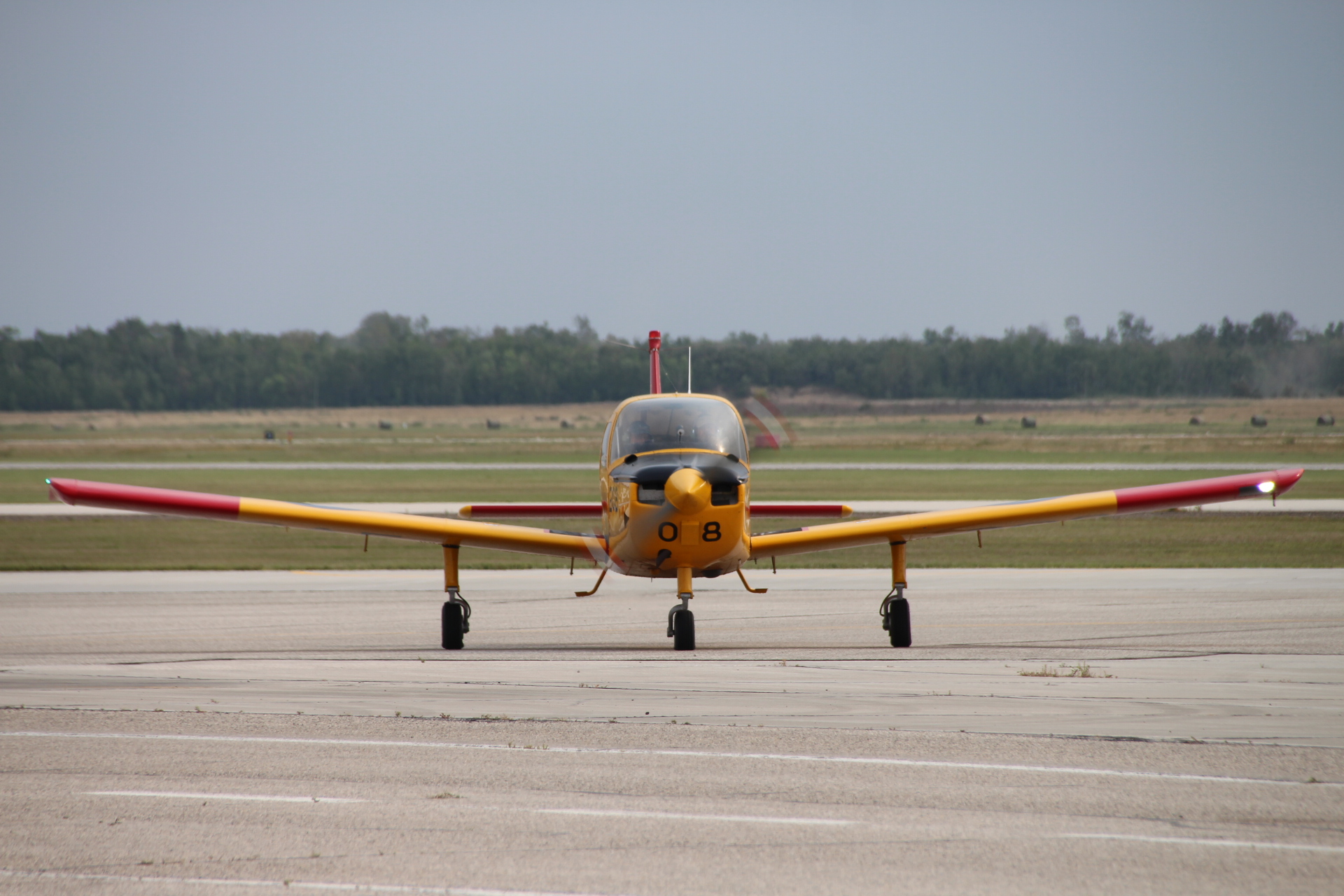 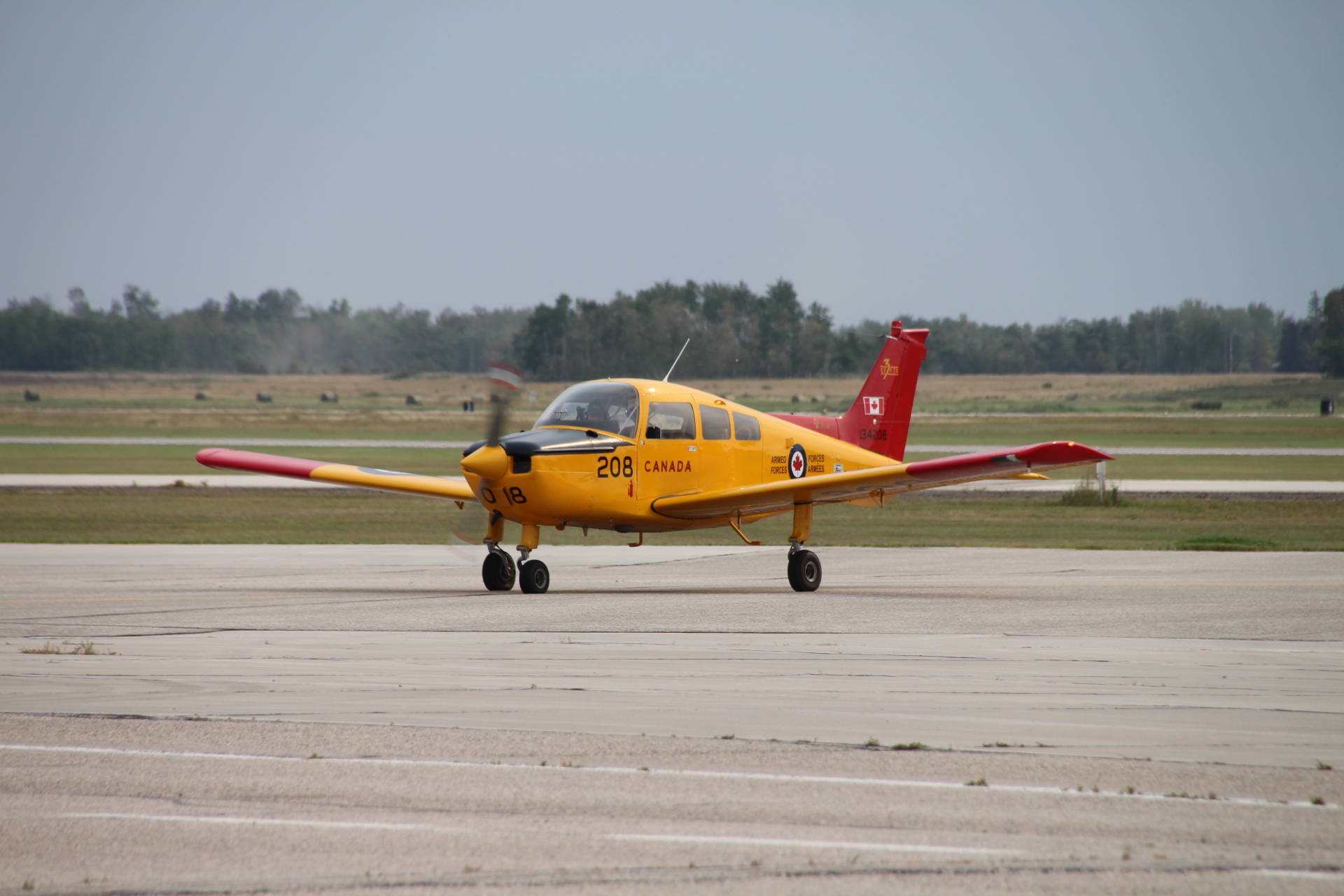 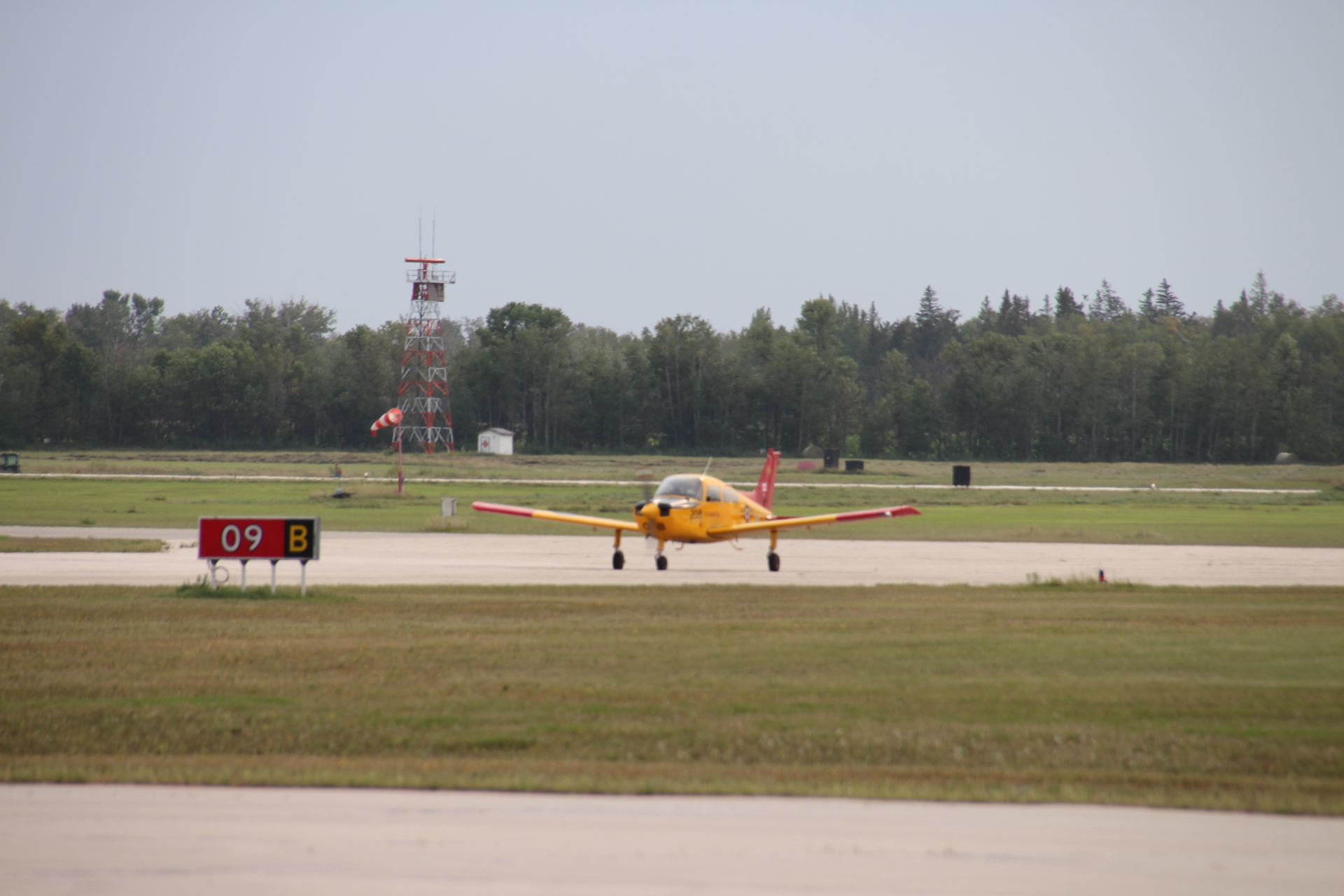 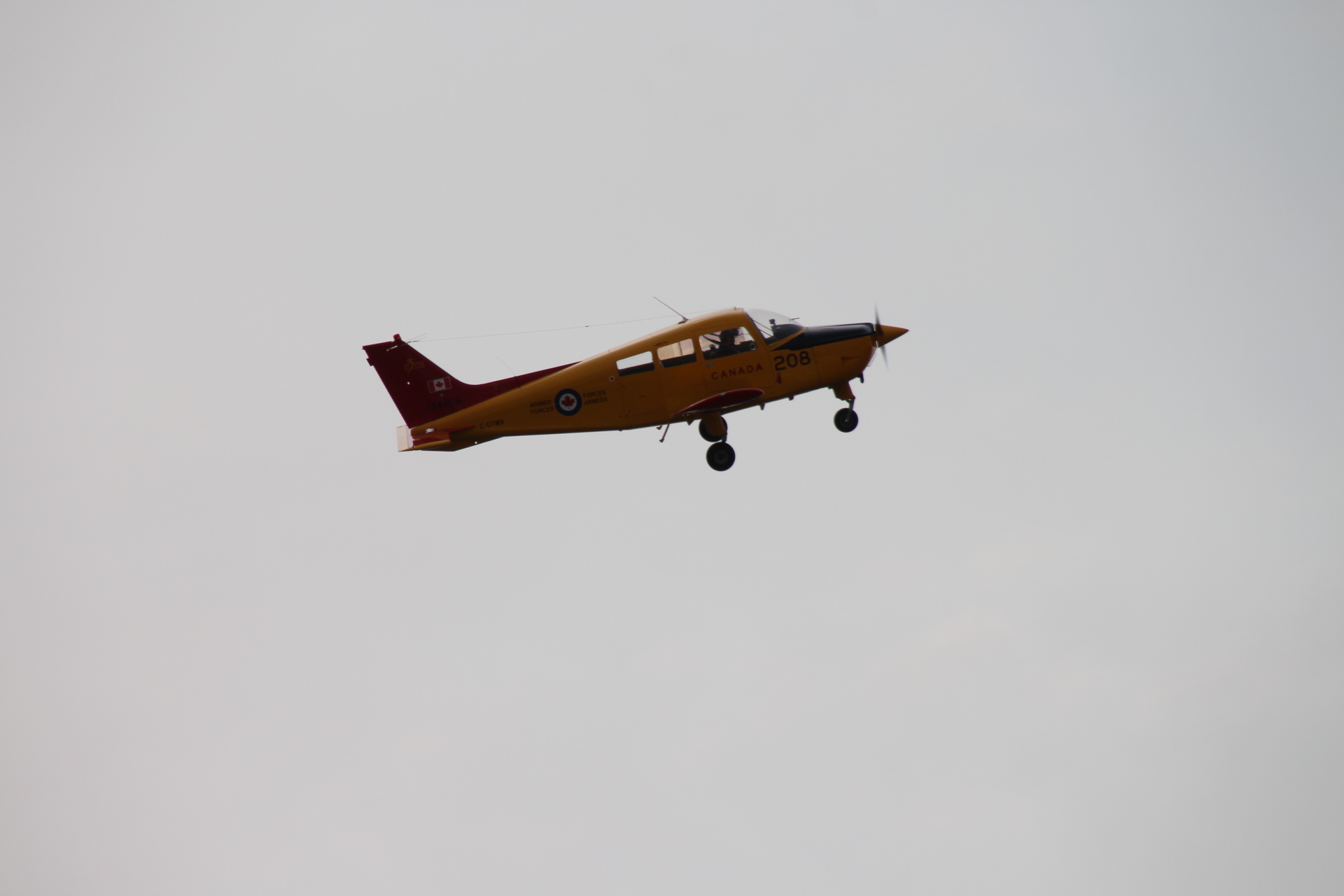 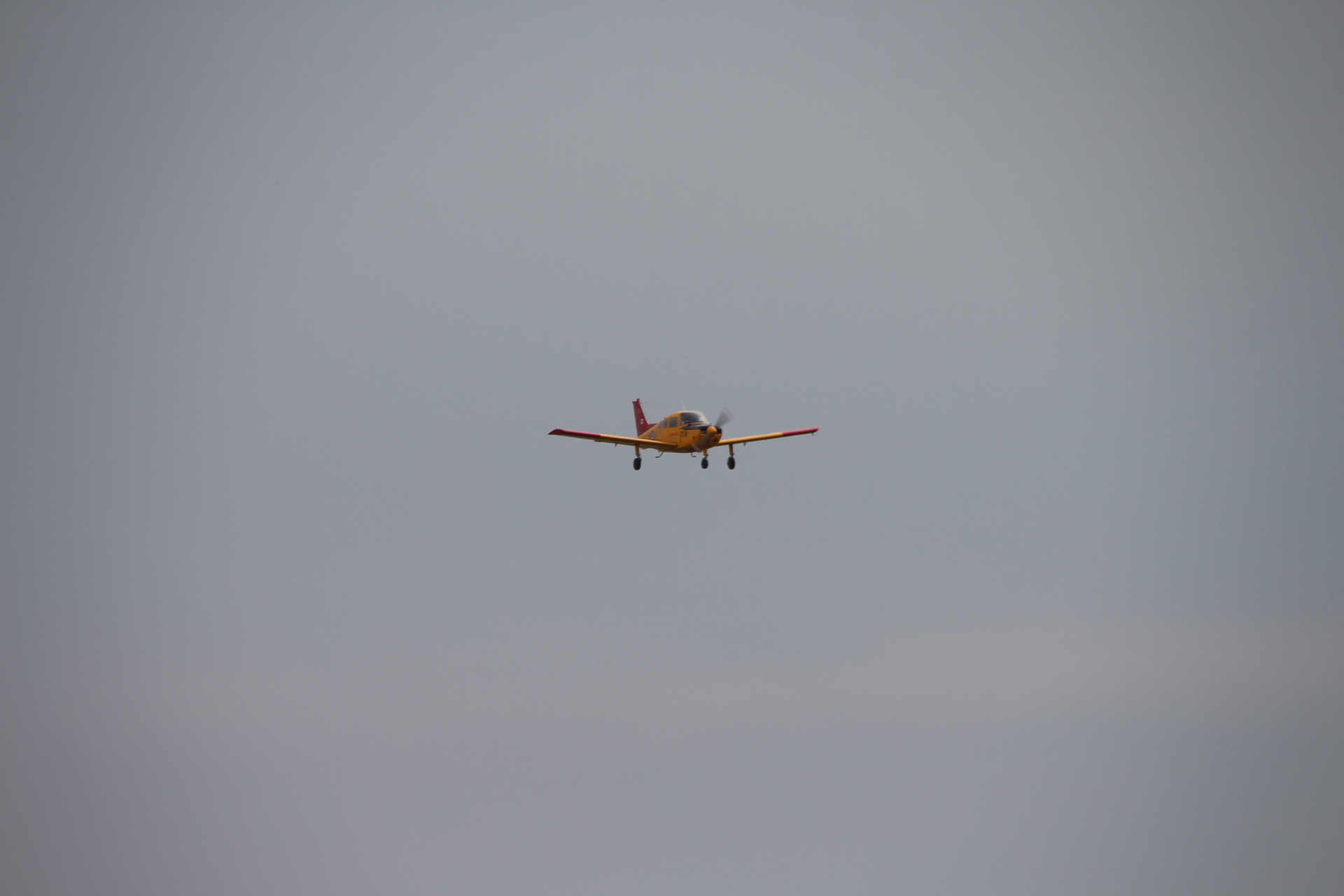 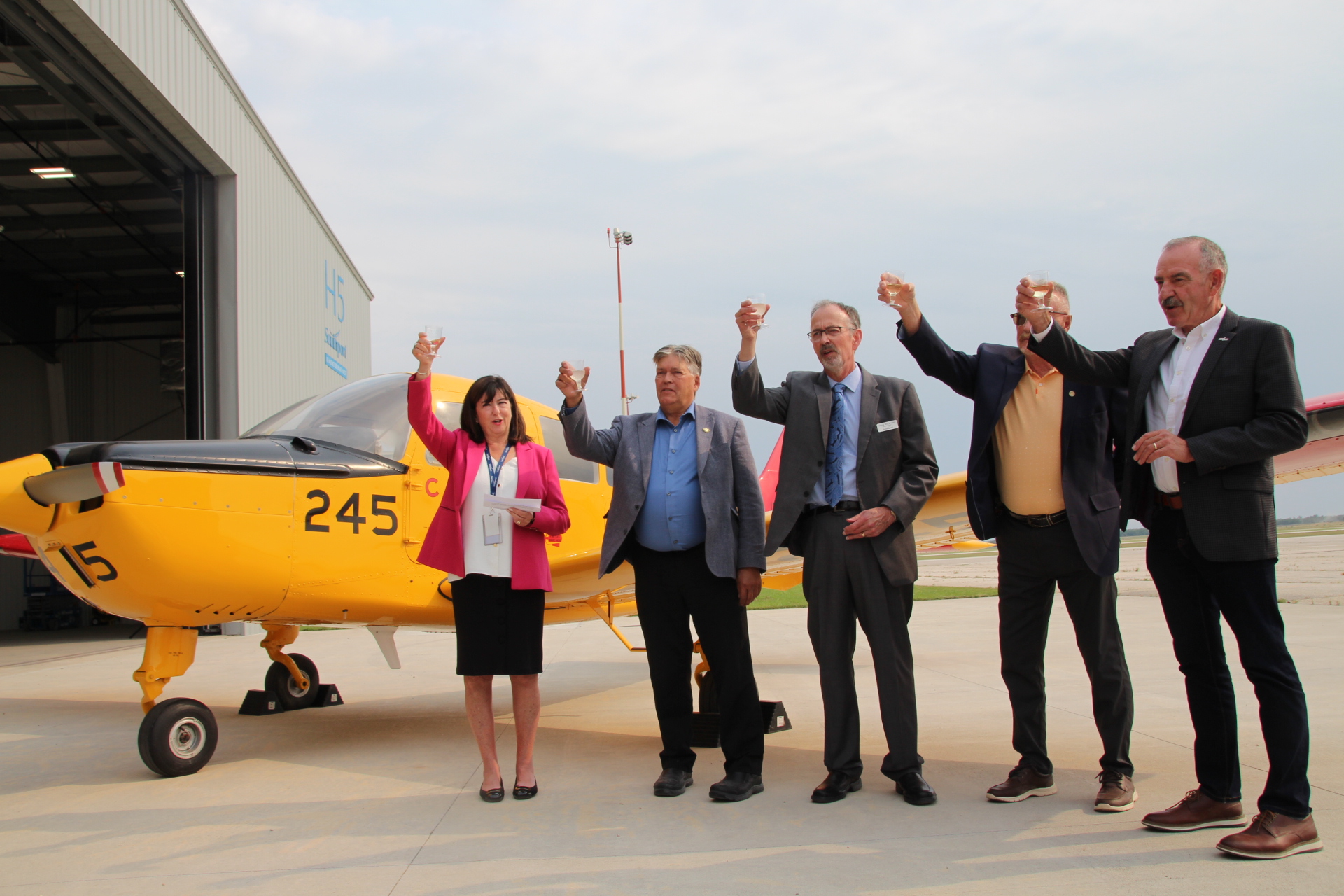 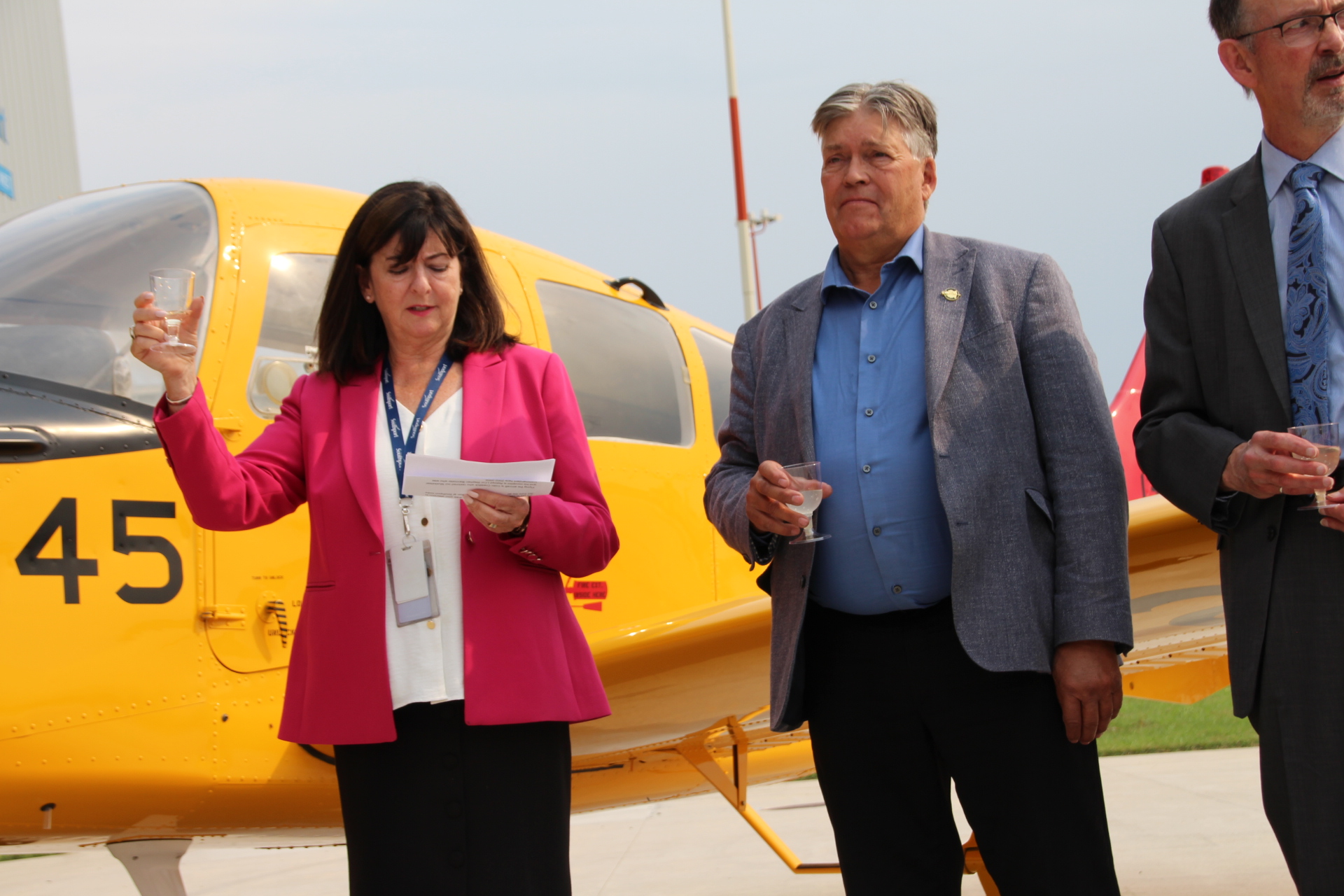