RCMP appeal to the public, one year after Patel family discovered near Canada/U.S. border at Emerson

Today marks one year since four members of the Patel family were found just metres from the Canada/U.S border near Emerson, and investigators are using the moment to appeal to the public for tips in the case.

RCMP say new information that came in this past Fall about the family's travel in Canada has been confirmed, however, a gap remains between their last known location in southern Ontario on January 16th, 2022, and their arrival to Emerson on the evening of January 18th. Investigators say it is still unknown how they travelled from southern Ontario to Emerson.

A timeline of the Patel family's known movements within Ontario: 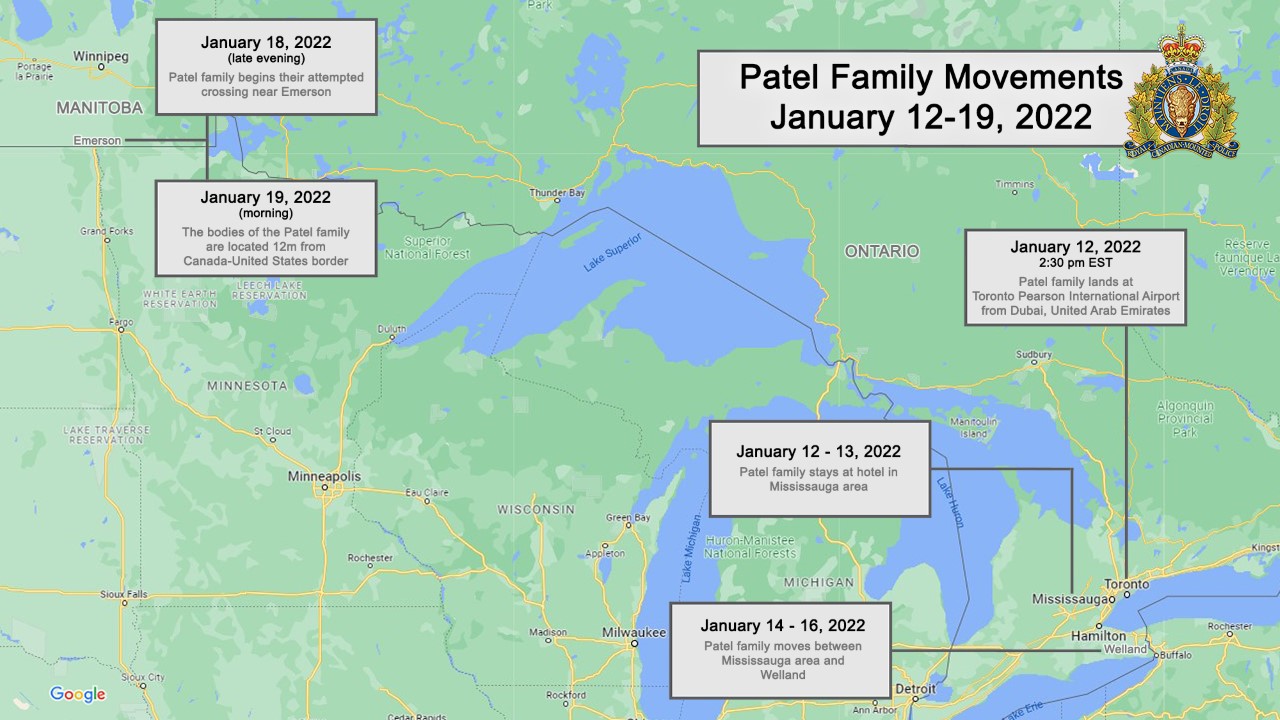