One residence in Portage la Prairie suffered a tremendous blow from the wind storm last night, but things could have been worse.

Andrea Debusschere was awakened in the middle of the night by a loud crash. A tree had fallen on their roof just over the kitchen area inside.

"We just heard a loud noise," says Debusschere. "It was pretty scary. Luckily, the tree fell where it did, because if it had been over a little bit farther, it would have been over top of the bedrooms. And I had my daughter sleeping with me. It would have landed probably right on us. It was probably around 3:00 in the morning."

She says they're definitely going to need a new roof.

"There's a big hole in the ceiling," continues Debusschere. "It took the hydro line down. I have no power. I'm not sure if they'll be able to hook it up or not. It's pretty bad. It's raining in the house. I've called insurance and I've got Boyles (Boyles Tree Removal) coming out to get the tree off sometime so I can get a tarp down, so it stops raining in the house."

Thankfully, no one was injured.

Videos initially made live of this and other incidents: 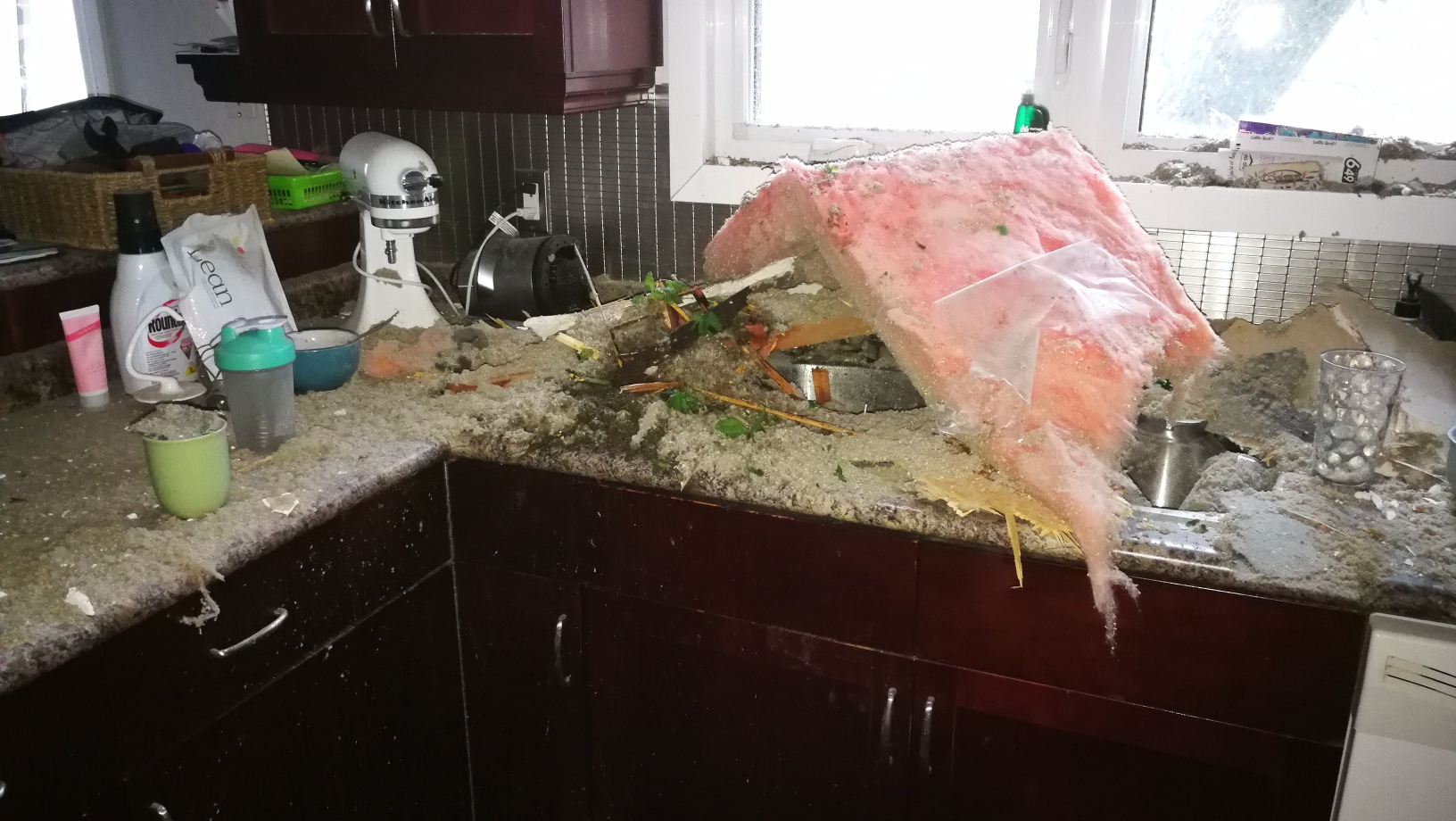 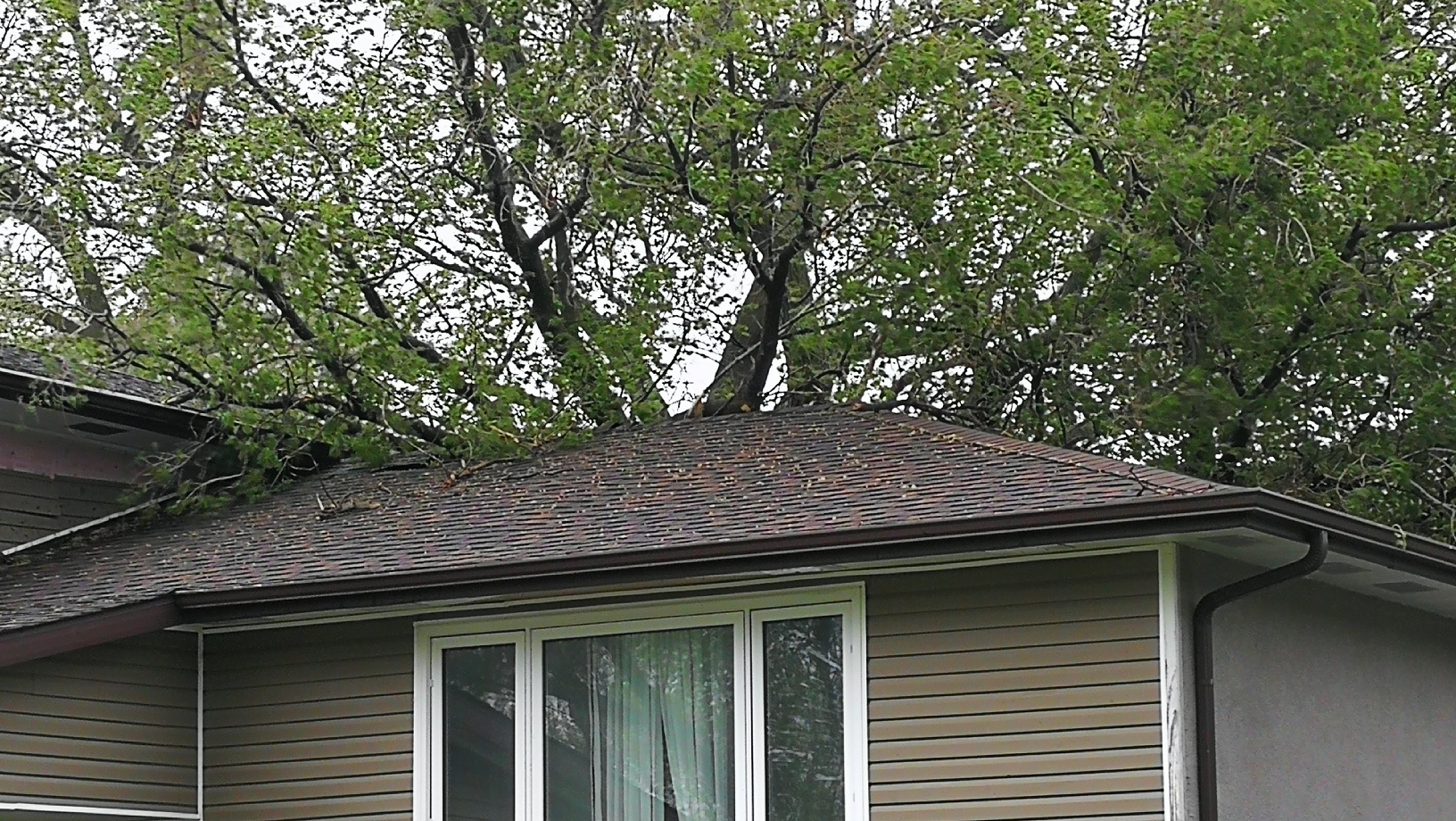 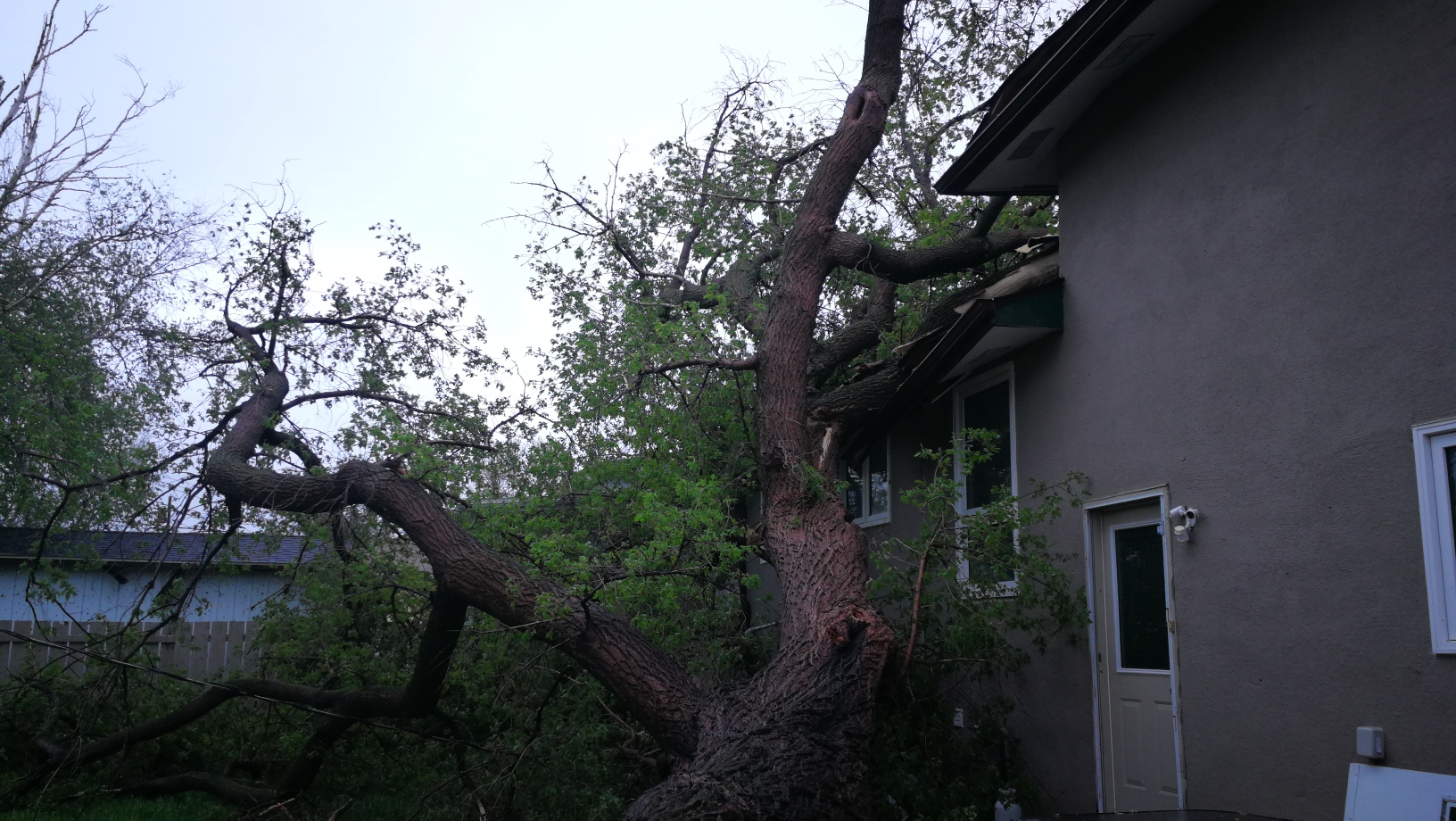 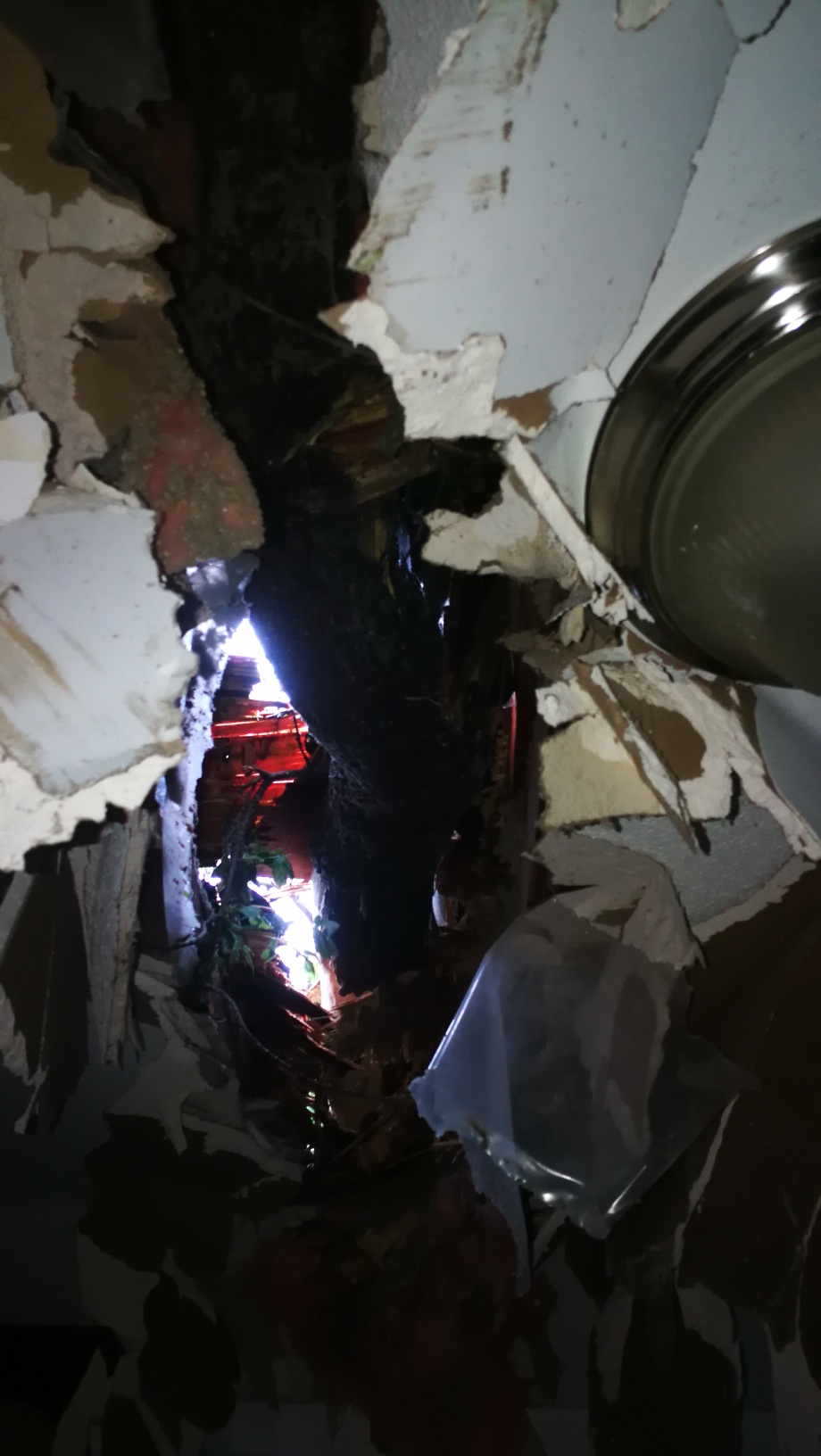