The 19 Portage Army Cadets signed off for the year this past Tuesday evening at the Armoury in Portage la Prairie.

Commanding officer captain Sean Robertshaw says they engage in a final parade for the year end.

"We get to celebrate everything that the cadets have done through the year, all their hard work, get to give them awards, and get to show their stuff from their parents," says Robertshaw. "So, it means a lot to be able to have this, especially after two years of not having it. It would be like going to school and not getting to graduate. It's not ideal."

He explains it feels great to see the cadets get their well-earned awards.

"We see how much the cadets have improved through the year, all the improvement, and everything they've learned," continues Robertshaw. "We watch them improve as they're here, so it's very nice to be able to award reward that."

Robertshaw says they'll be back in September and it's free to join if youth are interested.

Chief Warrant Officer Wesley Sharpe is the regimental sergeant major of 19 Portage Army Cadets. He's been involved in cadets for six years and describes what it's like to be graduating soon.

"It feels different," explains Sharpe. "When I started, there was around 30 or more cadets. Now we're kind of down to around 16, and hopefully that changes and gets bigger over time again. I've put a lot into this program, and the program has definitely put a lot into myself. I really appreciate the conditioning it puts us through. There's not a lot of places that can do that, such as school, for example."

He notes that anybody who's thinking of taking the program to by all means do so.

"No matter what, you'll go to different places," adds Sharpe. "It's honestly all funded and there are experiences that you'll have that you will never get anywhere else. You'll never ever regret it, whatsoever."

Sharpe says the biggest highlight of this year was coming back and being able to use his skill set in a way for which he was trained prepared.

"I'm also looking forward to heading over to the summer training facility, hopefully, and then proceeding with a little bit of training there," explains Sharpe. "I'm actually with the Queen's Own Cameron Highlanders of Canada. That's the army corps in the Minto Armoury in Winnipeg. Right now, I'm with the Pipe Band as a volunteer and we've been to Victoria already.
So far, I've already applied for the reserves, so I'm going through there and I'll be a musician. I'm going to use a lot of the skills from that to take over and for the actual military."

He adds he's planning to go to the University of Manitoba, transfer that to a different university, and then take courses there.

"There's a lot of great mentors in this program that really hardened my skill set," notes Sharpe. "There's a lot of accomplishments to make here, so if you don't know what to be proud of, and you might need something to go to and work on, cadet program can definitely introduce you to that sort of mentality and growth." 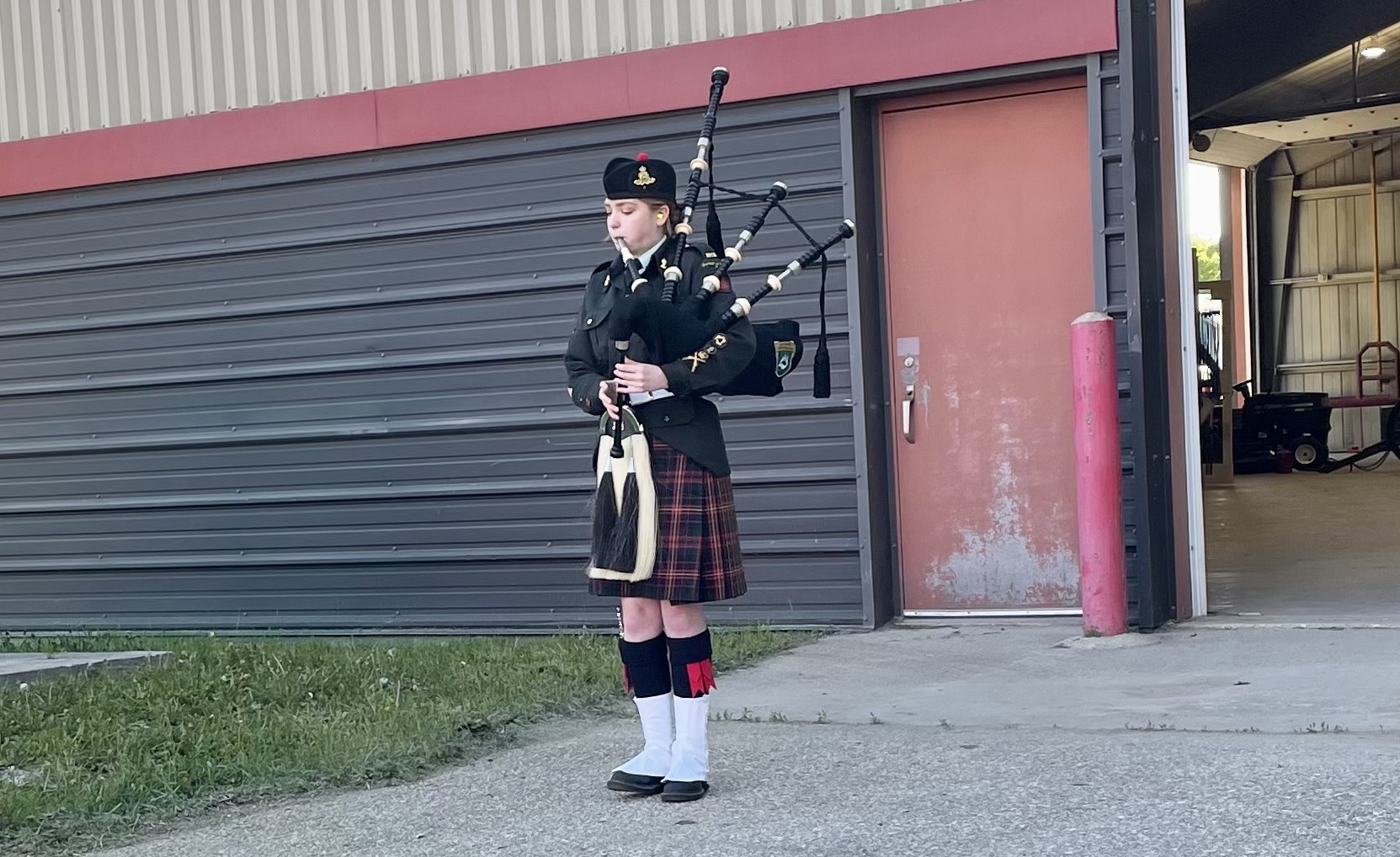 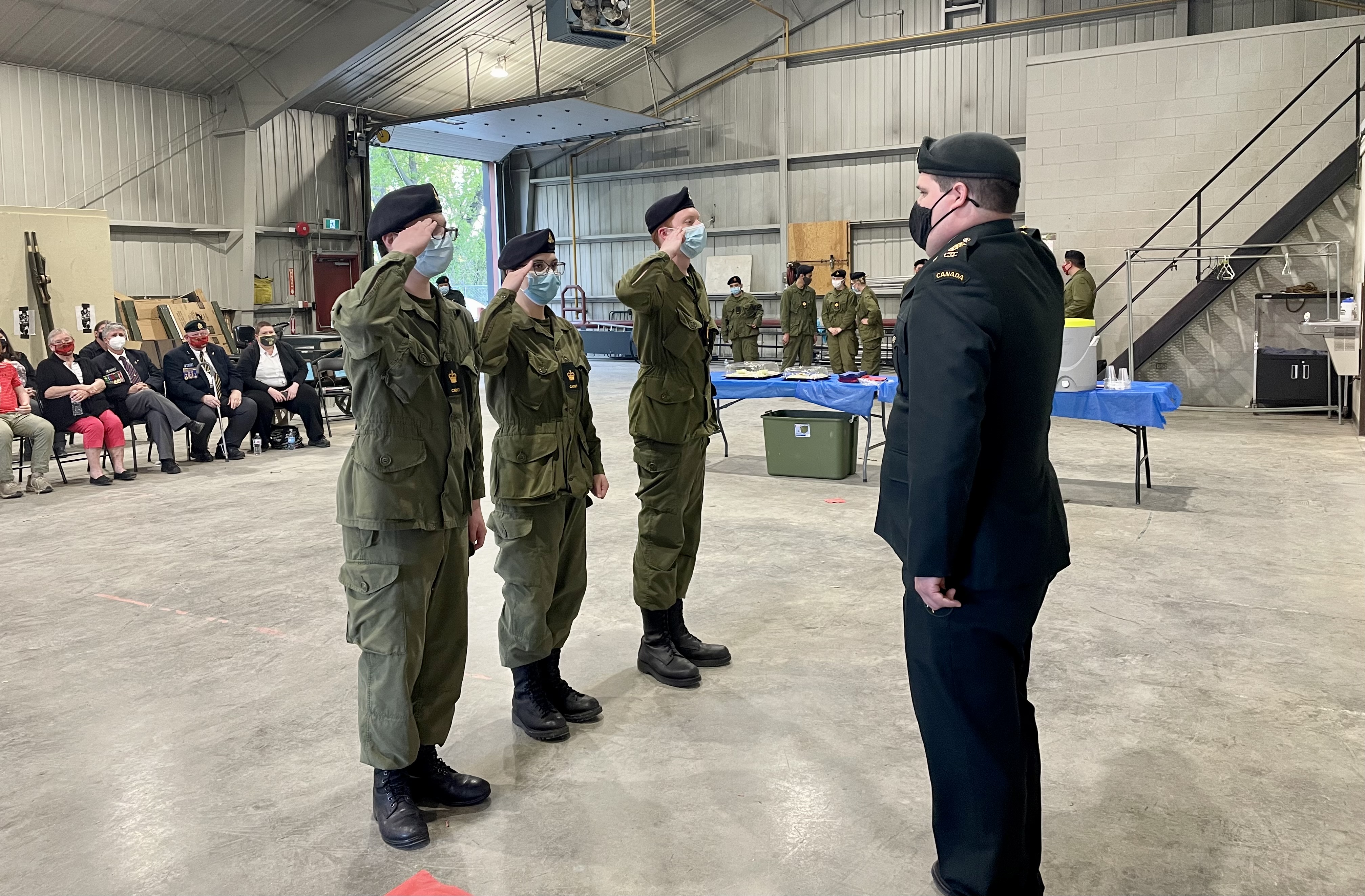 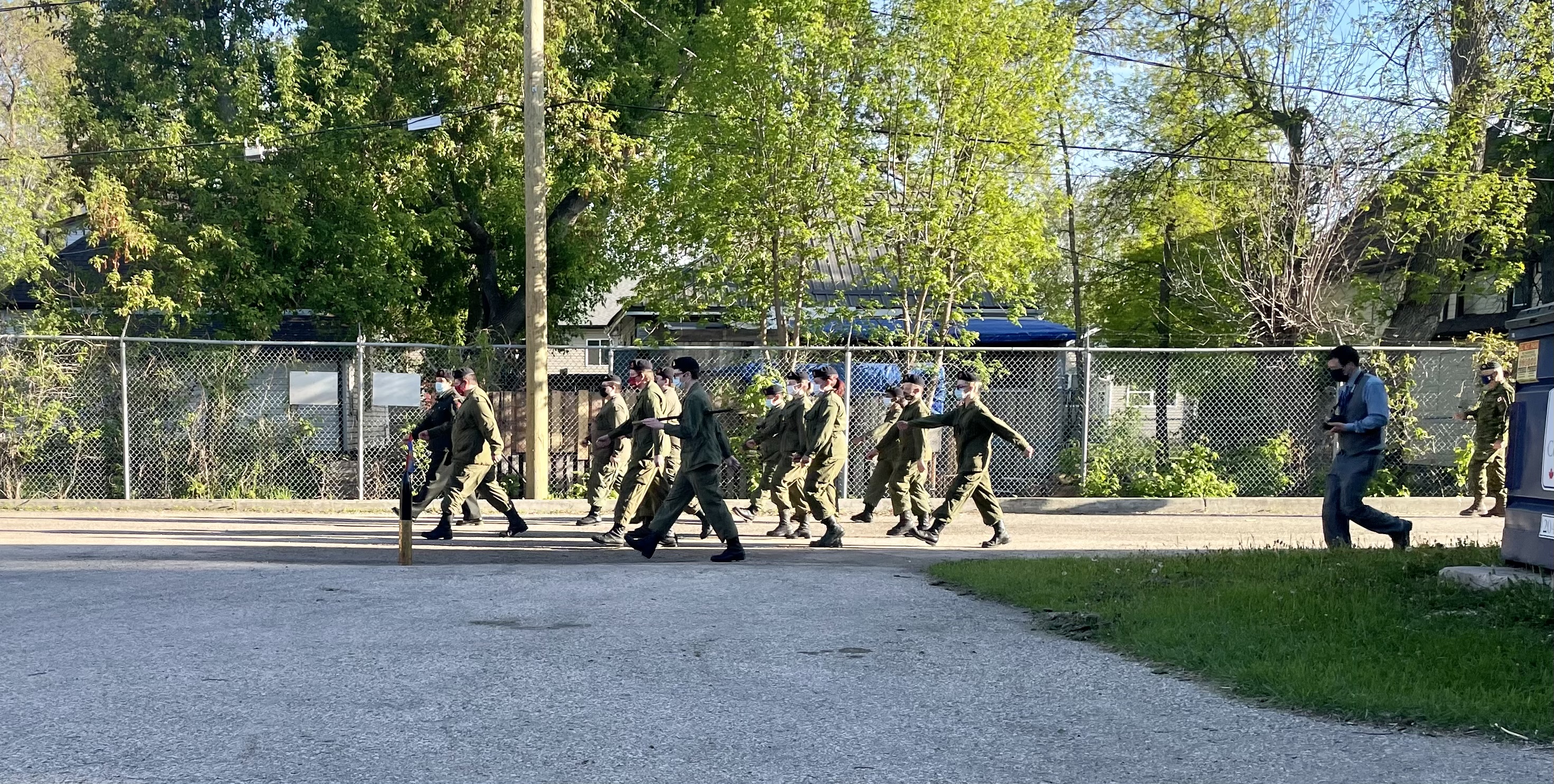