Kyle Connor is starting to break out of a mini-slump.

Connor completed his hat trick netting the game winner with 53.5 seconds remaining to give the Winnipeg Jets a 3-2 victory over the Anaheim Ducks on Thursday night.

"My game wasn't too far off,” Connor said. “I put a little more emphasis of getting to the net tonight, just being around more pucks there. A couple of good plays by Scheif (Scheifele) and Gags (Sam Gagner) too.

"So, just put yourself in good situations, that's all you can ask for. I wasn't getting too frustrated through the first 10, 12, 13 games there.”

Winnipeg head coach Rick Bowness gave Connor his due for pushing through a quiet start to the season.

“That’s perseverance,” Bowness said. “That’s what goal scorers do. A goal scorer gets frustrated for two reasons — one, they’re not getting any chances. … The other part of it is, you’re getting chances and they’re not going in. Either way, you’ve got to stay in the fight.

"Give Kyle a lot of credit for staying in the fight tonight and really all year. He’s never stopped getting those chances. … He’s got one of the best releases in the league, without a doubt. He’s one of the best skaters. Eventually it has to come and it came at the right time for us tonight.”

Trevor Zegras, who knotted the score at 2-2 for Anaheim, blamed himself for the game winner.

“We played 59 good minutes,” he said. “I make a bad play on the wall and miss my guy going to the front of the net and the game’s over. I would say it’s kind of on me. There were some good things, some bad things. It's getting old, for sure.”

“It’s really heartbreaking,” added Ducks coach Dallas Eakins. “We played a really solid team road game. We stood right in there, swinging, with one of the better teams in the league right now. And we had a missed puck-play and a missed assignment (in) the last minute and it cost us.”

Zegras tied the score at 2-2 just 28 seconds after Connor gave Winnipeg a 2-1 edge in the third period. Adam Henrique set up Zegras, who lifted the puck up over Hellebuyck.

Connor scored after taking a pass from behind the net from Gagner at the 14:15 mark in the third period.

The Jets knotted the score at 1-1 on the power play 12:32 into the second period. With Ducks defenceman Dmitry Kulikov in the box for tripping, Connor pounced on a Pierre-Luc Dubois rebound at the side of the net and sent the puck over Gibson’s shoulder and into the net.

Anaheim opened the scoring midway through the first period. During a delayed penalty on Winnipeg's Neal Pionk, Terry fired a shot from inside the blue line that eventually bounced past a screened Hellebuyck.

Veteran defenceman Kyle Capobianco replaced Dylan DeMelo, who was out with an unidentified injury … The Jets called up defenceman Ville Heinola from the Manitoba Moose but he did not dress for the game … The Ducks have yet to win a game in regulation this season.

Jets: Will host the Pittsburgh Penguins in the second of a three-game homestand on Saturday.

Ducks: Will play the Blues in St. Louis on Saturday.

This report by The Canadian Press was first published Nov. 17, 2022. 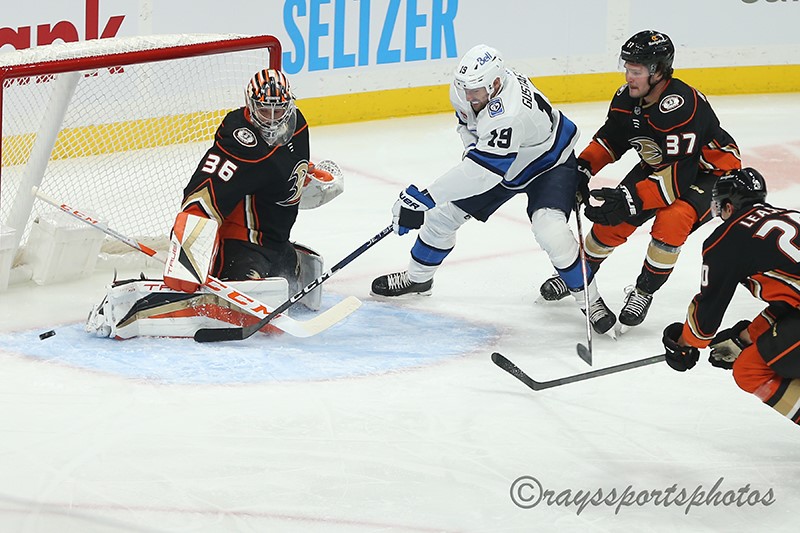 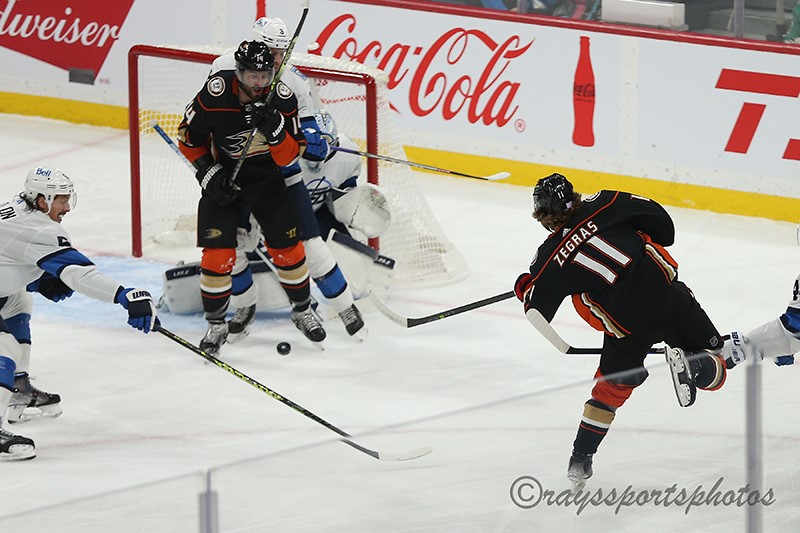 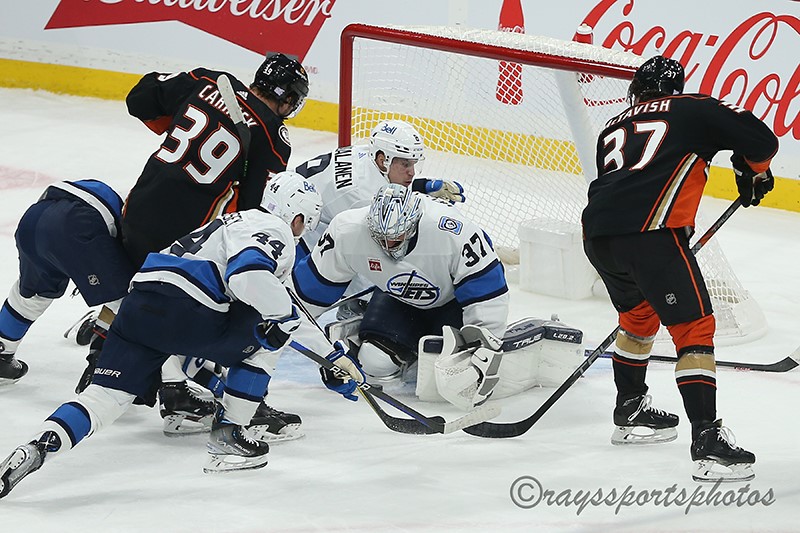 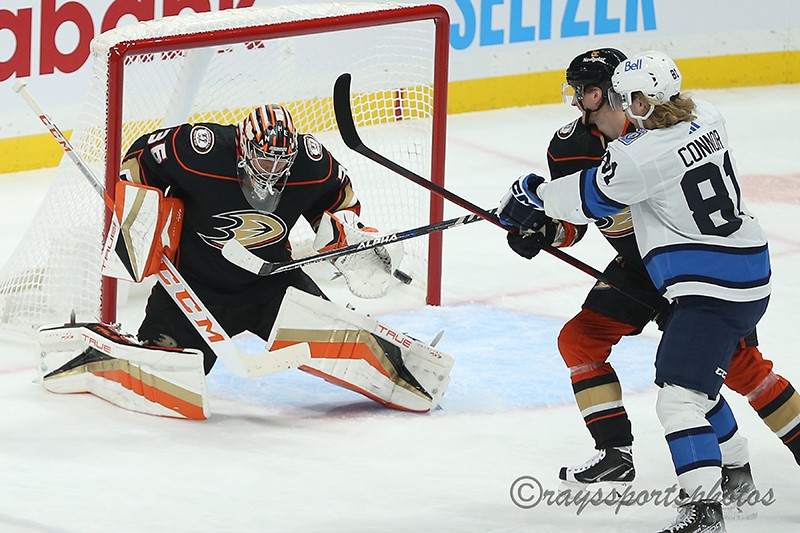 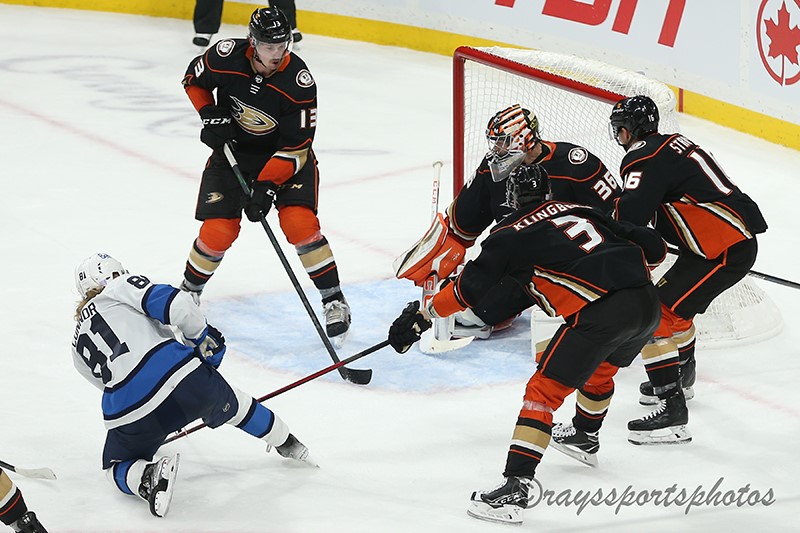 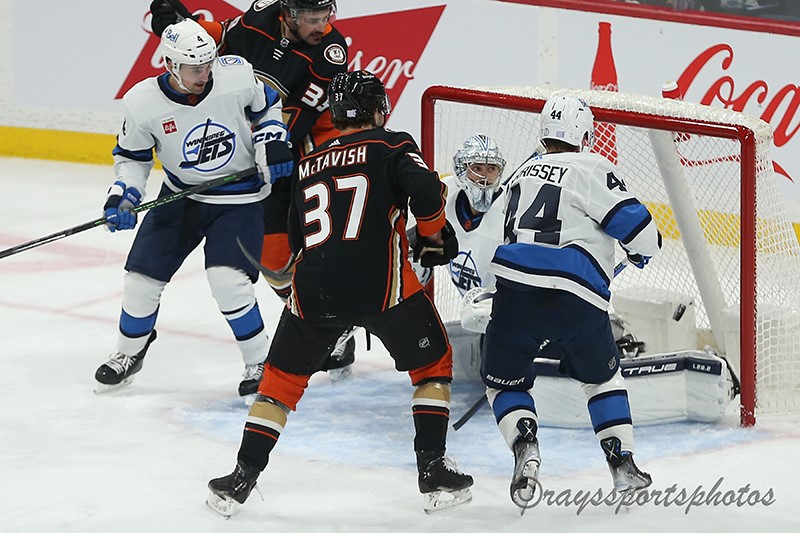 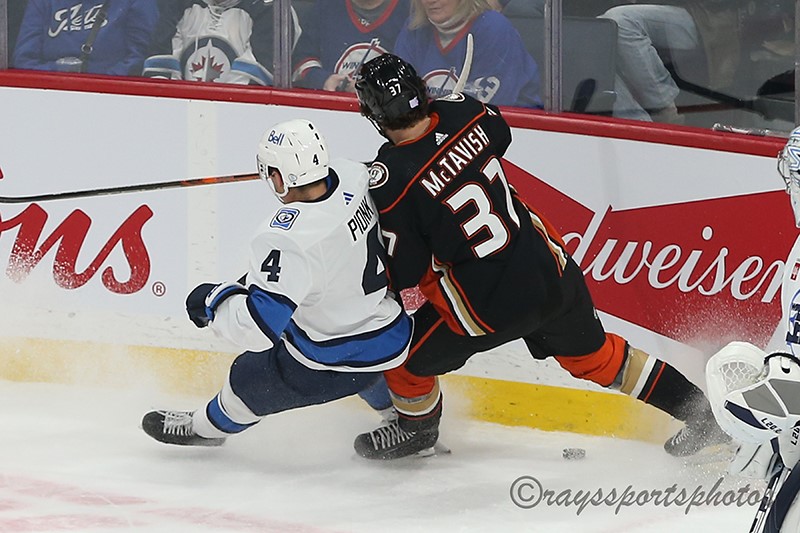 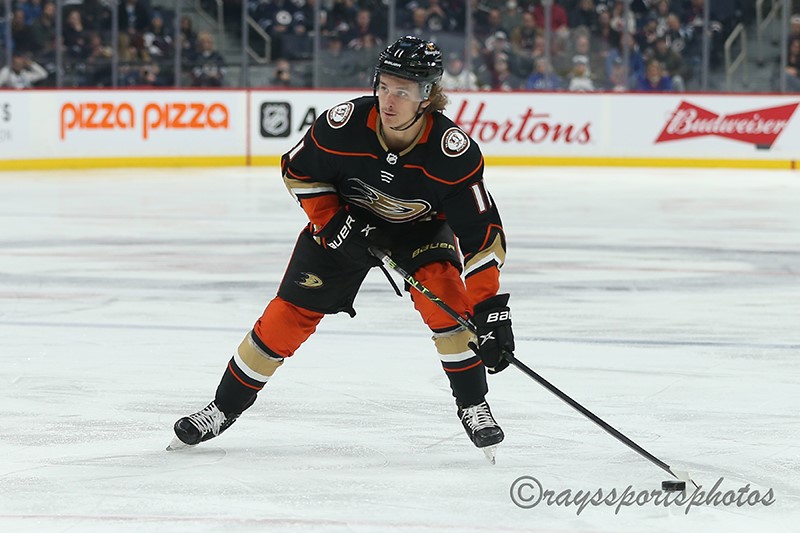 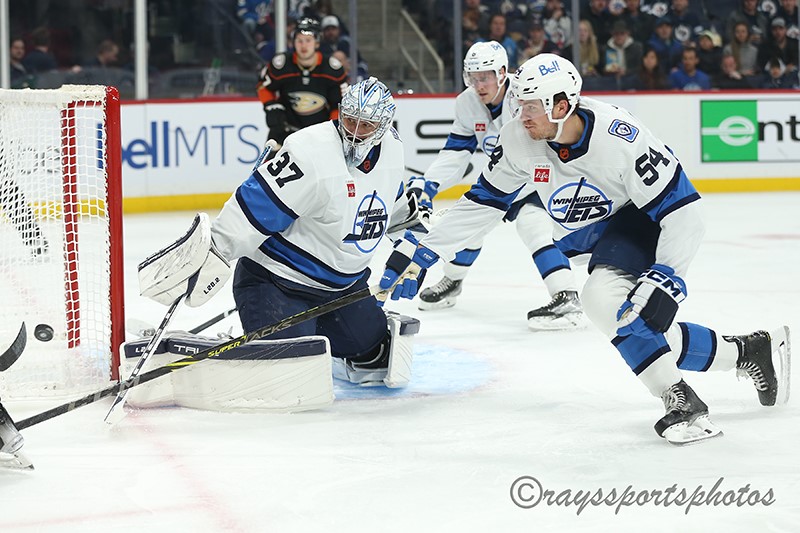 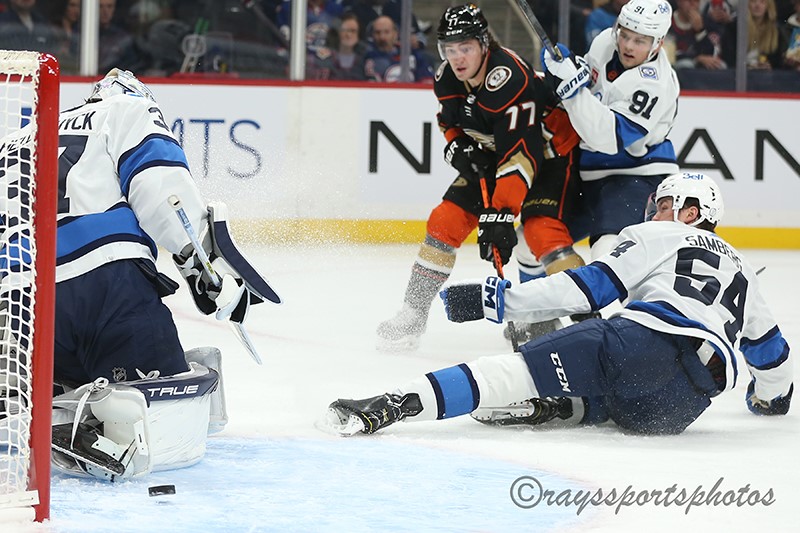 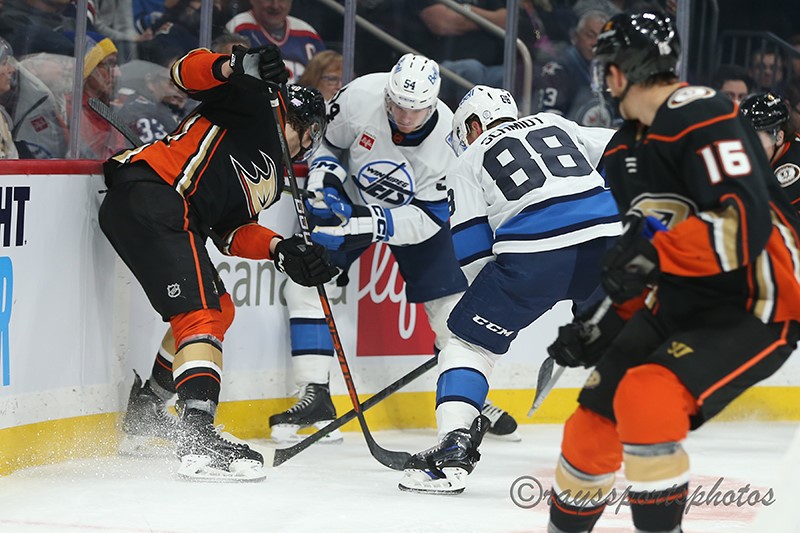 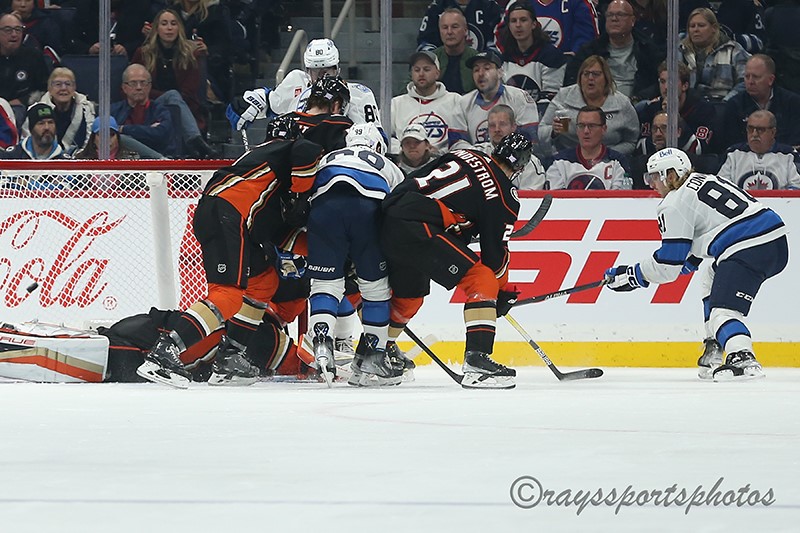 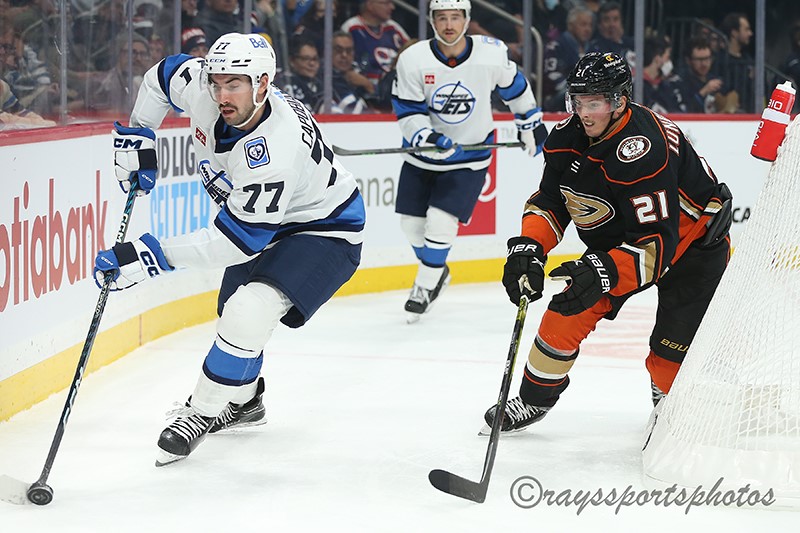 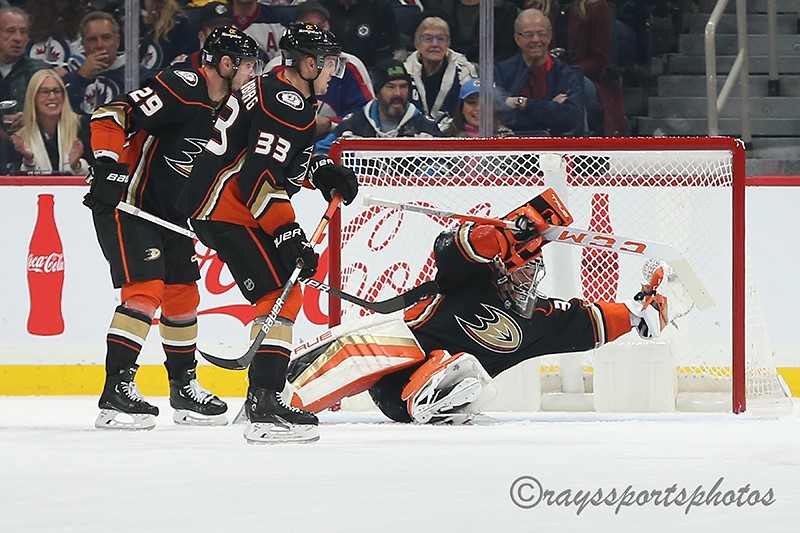 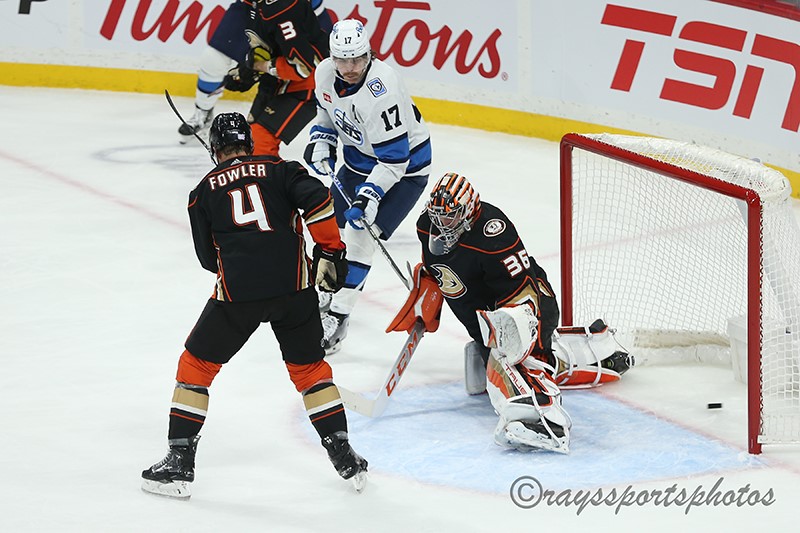 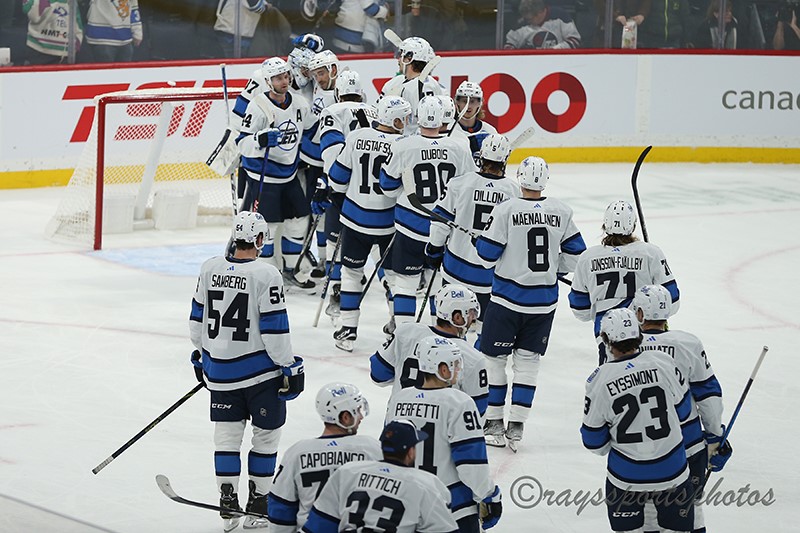